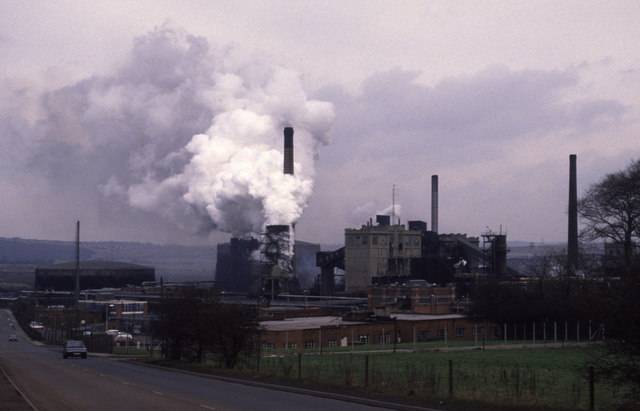 Today, almost 25 years since the miners’ strike began, the industry has been decimated, with only a few thousand jobs left. The proud traditions remain as the Durham Miner’s Gala demonstrates each year, and many miners have taken their fighting traditions into the wider labour movement. But many of the pit villages are crumbling and the social effects may never be completely overcome, on the basis of capitalism.

But this destruction wasn’t an ‘act of god’ or some huge work of nature like the tsunami. This was a deliberately worked out plan. It was an attempt to take on and smash the most militant determined and class conscious section of the organised labour movement. And this was seen as a critically important task by the ruling class ad their chosen instrument, the Tory Party. It even had a name, the Ridley Report. Ironically Nicholas Ridley MP was the brother of Lord Ridley whose ancestral pile sits right on top of the Northumberland coalfield. Chain smoking Nicholas however never played in the pit row or had to go hungry when his dad was out of work. He was living it up down at Eton College with the other rich boys.In parts of South East Northumberland, Durham and other former mining areas there are a series of landscaped country parks, with lakes populated by ducks, the odd swan and occasionally a pit wheel or a winding house that houses a heritage museum or a craft shop. This, and the big billboards with the European Social Fund logo and reference to ‘Coalfield Communities’, represent all that’s left of the mining industry in many areas.

The Tories had been thrown out of office in 1974, during the big upturn in strike action which is best remembered for its miners’ strikes, with power cuts and the three day week. Ted Heath went to the polls asking the question: “who runs the country” and lost! The ‘70s were a period where wave after wave of industrial struggle forced the bourgeoisie to look to more extreme measures than ‘usual’, while at the same time the working class, the unions and the Labour Party began to move towards the left. Many workers began to draw revolutionary conclusions on the basis of their experience, while Brigadier Kitson began to plot a military coup to overthrow that well known revolutionary, Labour Prime Minister Harold Wilson.

In 1974 the Tories drew up a plan as to how they might take on and defeat a major trade union in the public sector or nationalised industries as they were known at the time! Essentially it was a plan to launch a one-sided civil war against the working class. The plan was quite thorough, as became obvious when it was leaked to the Economist in 1978:

But Ridley was no maverick, and it’s quite clear he wasn’t acting alone. The plan was agreed by the Selsdon Group of right wing Tory MPs, a group that included among its number both Norman Tebbitt and Margaret Thatcher who was elected Tory leader in 1975.

Margaret Thatcher was eventually elected Prime Minister in 1979, by which time the right wing Labour government was utterly discredited and the leadership isolated within the active layers of the labour movement. Society was polarised, the Tories began to implement an economic strategy designed to make the economy ‘leaner and fitter’. In other words they sought to make the working class pay for the economic crisis that erupted between 1979 and1981. The Tories responded by slashing benefits to the old and the sick, cutting services and attempting to role back the welfare state, under the banner of “self reliance”, “choice” and “the free market”.

The Ridley Plan was central to this programme, the straightforward reason being that the organised Labour and trade union movement represented the biggest single obstacle to their plans. 10 million workers were organised in the TUC, potentially the most powerful force in British society, and the working class was moving to the left. The Tories had to risk a confrontation with the unions. The ruling class had no option, under conditions of capitalist crisis. Like the conditions we face today either the bosses or the workers had to pay. In the minds of Thatcher and her cronies there was ‘no alternative’. 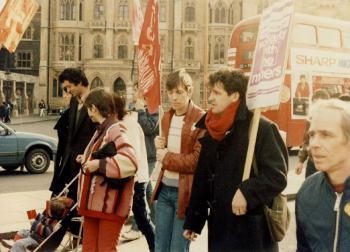 It would be wrong however to look at the Ridley Plan in isolation. It was just one aspect of the Tories anti trade union onslaught. Even today, after almost 12 years of New Labour, the laws governing trade union activity in Britain remain the most repressive in any of the advanced capitalist countries. Restrictions on picketing, the huge bureaucratic process required to carry through strike ballots and the right of the government to “sequester” trade union assets were all imposed to try and cut across the potential for militant trade union struggle, which had been so much a feature of the 1970s.

The ferocity of the struggle that the miners were forced to wage to defend their jobs and communities however, revealed the limits of the Ridley plan and the trade union laws. Despite the plans that the Tory government had prepared and despite all of the legal mechanisms and ploys that they used to undermine the strike, the battle of pit closures lasted for almost a year. The level of support within the working class for the miners meant that millions of pounds were raised on the streets and from the labour movement to support the miners and their families. The Tories were forced to move the legal goal posts on several occasions to try and shackle the National Union of Mineworkers. Ultimately the failure of the trade union leadership and the Labour leadership around Neil Kinnock to offer full political and industrial support to the NUM was the decisive factor in the defeat of the strike.

The class struggle is a battle of living forces, involving real men and women. The strategy and tactics of the ruling class are an extremely important factor in the situation, but of even more importance is the role of the leadership of the working class. The Ridley Plan was just part of a drift under Thatcher towards authoritarian rule in Britain, authoritarian rule now considered necessary by the ruling class. This was carried out through parliamentary means, a form of ‘parliamentary bonapartism.’ as the Marxists explained at the time. This reflected the crisis of capitalism and the fact that the ruling class weren’t confident that they could rule through the ‘usual’ methods. Yet the strategy of the Labour Leaders was to adapt to the new conditions by appearing to be “reasonable and moderate”. Meanwhile the trade union leaders adopted a policy of ‘new realism’, essentially weakness and collaboration. Under these conditions the outcome was inevitable - more attacks on the working class and the poor, the weak and the old. At the same time however the ideas of Marxism began to gain ground and began to become a significant factor in British politics.

At the time of writing, the most likely outcome of the next general election is still that of a Tory victory, albeit with a smaller majority than that which seemed on the order of the day 12 months ago. The main lesson of the Ridley Plan for the labour movement and the politically active layers of the youth is that a Tory government would be forced to move against the working class, to deal with the crisis that the capitalist system clearly faces. In the dark corridors, and the city boardrooms similar plans will be being drawn up today. Our task has to be explain the threat that this poses and help arm the movement to fight and defeat the Tories.