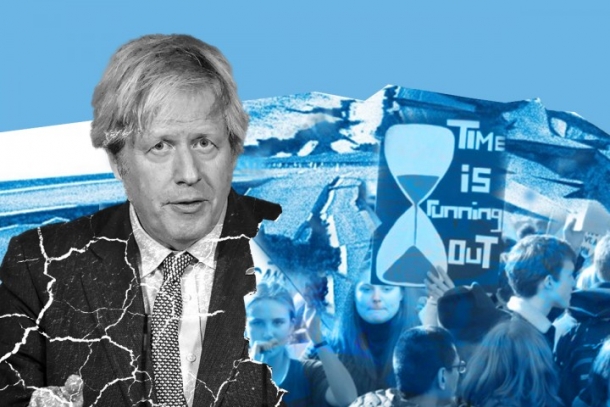 Coming on top of a decade of austerity and attacks, the pandemic is tearing communities apart and piling further pressures upon workers and youth. Society is ready to explode. We must channel this energy towards socialist struggle.

There have been repeated dire warnings of social unrest in Britain recently. This is not surprising. We are experiencing a perfect storm, with the deepest crisis of capitalism for hundreds of years.

This has been compounded by the COVID pandemic and the calamity of Brexit, which have pushed everything to the brink. It has been one shock after another for British capitalism – and most of all for the working class, who are being forced to shoulder the burden.

Young people are at the centre of this maelstrom. They have been the hardest hit by the crisis, with partial school closures, youth centres shut down, campuses turned into prisons, low paid precarious work, and rising joblessness.

In turn, the youth have always been a barometer for the pressures in society. And the situation today is no different, with young people repeatedly taking to the streets in recent years: from the student climate strikes, to the Black Lives Matter movement, to the protests against last summer’s A-level grading fiasco.

Various elements of the establishment have caught wind of this. Issuing a wakeup call to the Tory government, for example, the Archbishop of York and the Bishops of Manchester and Leeds have recently warned of the risks of “disillusionment and unrest”.

Stephen Cottrell, the Archbishop of York, stated that the social fallout from the COVID crisis will ultimately be “more dangerous and destabilising” than the virus itself.

Meanwhile, David Jamieson, the police and crime commissioner (PCC) for the West Midland, England’s second biggest force, has asserted that the pandemic is “oiling the wheels of violence”.

Coronavirus is 'oiling the wheels of violence' and putting young people at risk of turning to crime, police chief warnshttps://t.co/poLH9teZCv

“I think we’ve got a tsunami, which we’re holding back at the moment,” said Jamieson. “If we don’t address the issues of people coming off furlough and then just having nothing they can see as their future, we are in trouble. I think it will eventually result in some sort of social unrest.” 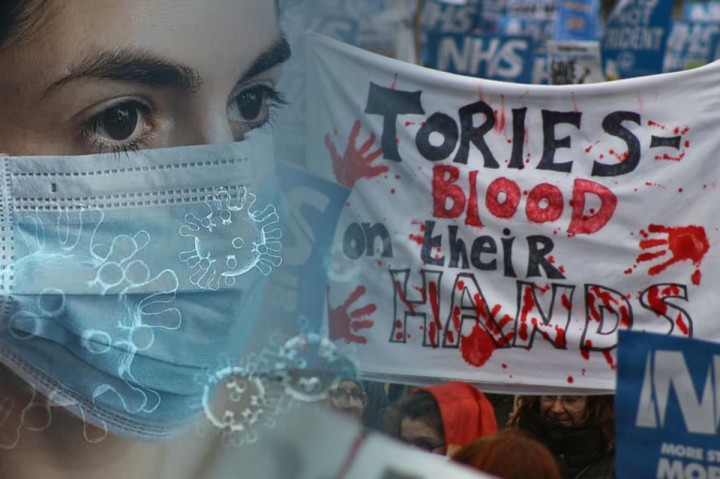 A lifetime of joblessness, precarious work and insecurity is all capitalism has to offer the next generation / Image: Socialist Appeal

We are in a downward spiral, where jobs are being cut every week. And those in work are also feeling the squeeze, as the impact of the crisis is passed on by the bosses. In the end, the weakest and most vulnerable are the ones that suffer the most.

Shut out from everything, young people are then blamed for antisocial behaviour. Tory politicians and right-wing commentators are quick to point the finger, demanding tougher policing and laws. But what do you expect when you deny young people a future?

Some are told that they will be unemployable and can only look forward to a lifetime of joblessness, precarious work, and insecurity. This is all capitalism has to offer the next generation.

We must be clear: It is the system that is to blame. In fact, it is a wonder that there is not more antisocial behaviour.

Figures show that in the three months to the end of November 2020, unemployment in Britain reached its highest level for more than four years. At the same time, the government’s furlough scheme – which subsides the wages of millions of jobs – is due to expire at the end of April, bringing untold hardship in its wake.

The Office for Budget Responsibility expects unemployment to peak at about 7.5% later this year, representing 2.6 million people, once the furlough scheme is ended. But, as the crisis deepens, that is likely to be an underestimate.

Hardship is being piled upon hardship, with no relief in sight. Now the Tories are promising to cut back Universal Credit by £20 per week, pushing families further into debt and poverty.

The Government must not go ahead with plans for Universal Credit to be cut back down by £20 in April.
Poverty - including child poverty - is rising during this pandemic and this callous cut will make this situation even worse.
We need a war on poverty not a war on the poorest... https://t.co/YahfIUEnd8

Many people are at the end of their tether. But the resentment people feel is not a new thing. Rather, fury towards the establishment has been building up for some time. The ruling elite are correctly regarded as a class apart – super privileged and untouchable.

This is part of the general anger building up in society against capitalist politicians, parasitic bankers, and fat-cat bosses. Despite Boris’ vain attempts to promote ‘national unity’, there are widespread anti-capitalist feelings in society. Whatever the opinion polls may say, discontent is rife and rising.

“There is a societal issue of mass disaffection; there are many people who don’t believe in the role of government or the role of the police,” said Desmond Jaddoo, a community activist in Birmingham. “COVID has exacerbated a pre-existing issue, that’s all it’s done.” 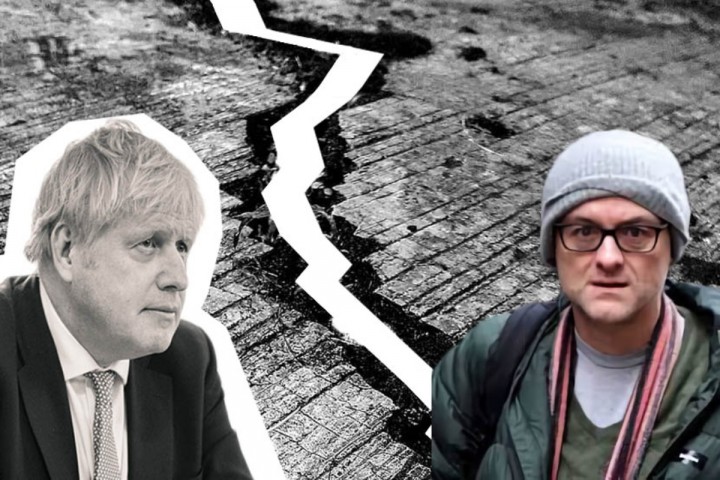 All this is preparing a social explosion. People are often willing to make big sacrifices when called upon – but only when there is a common cause. Ordinary people have locked themselves away for months in order to reduce contagion. Millions are pulling in their belts. NHS staff and other essential workers are putting in a heroic effort.

At the same time, however, top officials – such as Dominic Cummings – have flouted COVID restrictions. Government ministers have repeatedly and recklessly pushed to reopen the economy. And Tory chums and cronies have made fortunes from outsourced contracts.

Instead of channelling this discontent, Starmer and the Labour leadership are wrapping themselves in the Union Jack. Their aim is to present themselves as more establishment than the establishment. All they offer is more prisons and more police on the streets. This will simply add to the discontent that is simmering beneath the surface.

Socialism in our lifetime

Every day, the rottenness of capitalism is being exposed more and more.

The warnings of social unrest from police chiefs, church leaders, and other establishment figures are a sign of the crisis; a reflection of the pressure mounting deep in society.

It is no use tinkering with the capitalist system, which is beyond repair. While we will fight for every possible reform, we must link these struggles to the fight to change society. The situation is crying out for a clear socialist programme and a bold socialist leadership.

Our task must be to rearm the Labour and trade union movement with such a programme and leadership – and to draw young people into this struggle by offering them the prospect of socialism in our lifetime.

“He who has the youth has the future,” wrote Lenin. Many young people are drawing radical and even revolutionary conclusions. We must energetically win the new generation to this cause: the cause of overthrowing capitalism and bringing about the socialist transformation of society.

In this battle, Marxism offers a scientific understanding, explanation, and perspective – revolutionary ideas that are an indispensable guide to action.