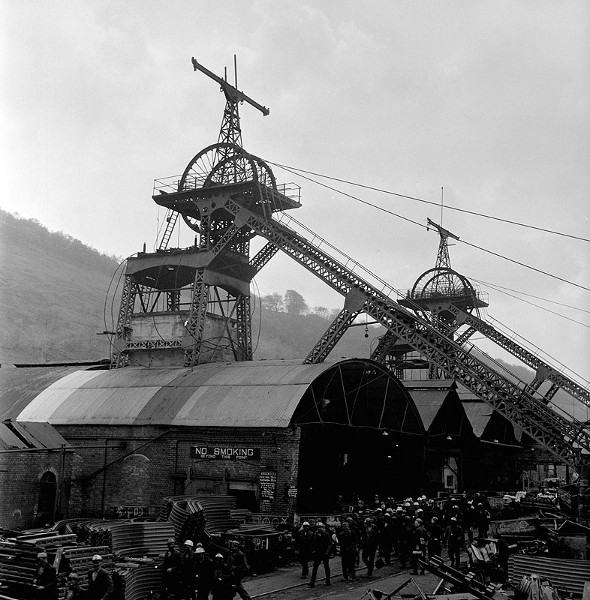 Forty years ago, in 1972, Britain faced a sharp and qualative change and teetered on the verge of a general strike for the first time in nearly 50 years. A wave of factory occupations and sit-ins had swept the country.  More than 23 million days were lost in strike action, excluding 4 million lost through political strikes. Only once, in the revolutionary year of 1919, was the number of days lost greater. The Tories, in a pamphlet misnamed In Defence of Peace, were already digesting the writings of Brigadier Kitson, who urged the army to be prepared for civil unrest. The spectre of revolution was once again beginning to haunt Britain.

The post-war upswing had healed the wounds of the crisis-ridden 1930s and had served to strengthen the working class. Nevertheless, the difficulties of British capitalism were rapidly mounting. Unemployment was close to a million, inflation was at 8% and growth was stagnant.

The trade unions were beginning to change as the old right-wing leaders were replaced with more left-wing leaders. Jack Jones had been elected as leader of the powerful Transport and General Workers’ Union. Hugh Scanlon had become the President of the AEWU, the engineering union.

By this time, the Tory government of Ted Heath had been in power for less than two years. They had set out to restore the declining position of British capitalism with the introduction of a new Industrial Relations Bill to shackle the trade unions and take on the working class. This threat sparked off mass resistance from the trade unions.

In January 1972, the scene was set with the first official national miners’ strike since the 1926 General Strike. A pithead ballot, which was democracy at the workplace, had returned a 58.8% majority in favour of strike action. At this time, the miners’ union was still controlled by Joe Gormley and the right wing but they were under colossal pressure from below.

More importantly, a layer of younger activists, mainly in Yorkshire, had revived the tradition of flying pickets. The key figure was Arthur Scargill. With the pithead at a standstill, the pickets could direct their attention to picketing coal stocks. Heath had considered using troops against the miners but gave up on the idea. The working class rallied round the miners.

Power stations were targeted and soon attention was drawn to the coke depot at Saltley Gasworks in Birmingham. In a magnificent display of solidarity, the depot was closed down after Birmingham’s 40,000 engineering workers went on strike and 10,000 marched on Saltley Gate.

By February, supplies of coal were so low that many industries were put on a three-day week. There were blackouts and a state of emergency. Heath was terrified and set up a Court of Inquiry under Lord Wilberforce to settle the dispute.  Declaring the miners a “special case”, the NUM executive settled. It was seen as a victory for the workers and a classic humiliation for the government.

The victory set off alarm bells in the ruling class. They started to draw up contingencies to deal with growing industrial disorder.

Trouble was brewing on the docks. The government wanted to get rid of the National Dock Labour Scheme, which protected dockers from casual labour.

However, a boycott took place at two haulage companies by TGWU members in protest at containerisation, which threatened dockers’ jobs. The employers took the union to court and the judge found the union in breach of the law. The union refused to attend court and were fined for contempt.

This failed to deter the workers and again the union was fined. Instead of calling a national strike, the union leaders took their case to the TUC. This resulted in a fudge agreement, which weakened the union’s stand. However, the blacking of the haulage companies continued.

The companies retaliated. An injunction was served, but defied. This resulted in five dockers being arrested and imprisoned in Pentonville. The working class erupted, which showed the real mood of anger that had build up. News spread and the docks were closed down one after the other by unofficial action.

Pressure mounted on the TUC, which was forced to reluctantly to call a 24 hour general strike for 31 July. Some weeks before, Vic Feather, the general secretary of the TUC, dismissed such a possibility. “Such things happen in Italy and France, but not in Britain”, he said. The TUC was forced kicking and screaming to put itself at the head of the movement.

The TUC leaders knew that if the strike had gone ahead, it would not have been be limited to 24 hours. This terrified them as it did in 1926. They were desperate for a way out and so was the government. Like a rabbit pulled from a hat, the government came up with the idea of the Official Solicitor, an unknown legal figure. He reinterpreted the law and, within the space of four days, declared the dockers free! After this, the movement went into decline.
Britain had, however, come very close to a pre-revolutionary situation. The government could have been easily swept away. However, the leaders acted to defuse the situation from the first day

Another key dispute which had broken out was a nationwide building workers strike, the first of its kind. It was to demand a £30 minimum wage, a 35 hour week and the outlawing of ‘the lump’.

This was to begin in early August and last 13 weeks and again replicated the tactics of the mineworkers. Flying pickets were sent around to spread the strike and were extremely effective.

The government were determined to make some kind of example of these pickets. As a result, 24 pickets in North Wales were arrested on a frame-up and charged with intimidation, violence and conspiracy. Their trial became known as the “Shrewsbury 24”, and their main leaders were Des Warren and Ricky Tomlinson. It was a political trial which provoked a hue and cry in the capitalist press.

The real attitude of the ruling class was expressed by Sir Robert Mark, who was the Chief Police Commissioner at Scotland Yard. His views on Shrewsbury were expressed in his autobiography: “To some of us, the Shrewsbury pickets had committed the worst of all crimes, worse even than murder, the attempt to achieve an industrial or political objective by criminal violence, the very conduct, in fact, which helped to bring the National Socialist German Workers’ Party to power in 1933.” 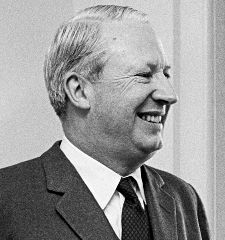 Edward Heath. Photo: Frank Hall / US Department of Defence.This act was a conspiracy of the state, employers and establishment against the rights of workers to defend themselves.

Scandalously, the union leaders of UCATT published a leaflet disowning the Shrewsbury pickets and trying to justify why it refused to grant them legal aid. Again, scandalously, despite the campaign of protests, Des Warren and Ricky Tomlinson were left to serve out the remainder of their prison sentences under a new Labour government, which came to power in February 1974.

The Labour Home Secretary, Roy Jenkins (who later joined the SDP and ended up in the House of Lords) refused to “compromise the law of the land”. Ricky was eventually released in July 1975. Des was to remain inside until August 1976.

These years of turmoil had served to push the Labour Party to the left, especially following the electoral defeat in 1970. It resulted in the move to the left of Tony Benn, who would emerge as its leader. The left were gaining in the unions too. It was part of the same process.

Jim Conway, the ‘left’ general secretary of the AEUW, in seeking re-election, stated that Labour’s new programme was not radical enough and demanded the nationalisation of the banks, insurance companies and pharmaceutical companies! Dennis Skinner, a Tribunite MP, declared that if the Tories were able to introduce an enabling act in 24 hours to nationalise Rolls Royce, a future Labour government must do the same to “nationalise the commanding heights” of the economy.

The TUC right wing were determined to hold the line and avoid confrontation with the government. The lefts were incapable of an independent position. Out-manoeuvred by the right, they dithered and prevaricated, then capitulated.

However, there was a crisis of leadership. The right wing were a faithful servant of capitalism and acted as the “labour lieutenants of capital”, as the Americans call them. Behind them stands tradition, experience and routine and, most important of all, with them stands capitalist society as a whole, which feeds them ready-made solutions. The left wing, while sincere, nevertheless lacked any perspective for changing society. They were left wing in words, but reformist in deeds. This lack of confidence and perspective led them to compromise with capitalism. They seek the easy way out. As Leon Trotsky once explained, “inherent in reformism is betrayal”, whether conscious or unconscious.

Unless the workers’ leaders rested on the working class to carry through the transformation of society, they would be forced to compromise with the capitalist system. There was no middle road. That was the lesson of 1972 and those years of mass struggle.

“The vulgarly optimistic Victorian epoch,” explained Leon Trotsky, “when it seemed that tomorrow would be a little bit better than today and the day after that a bit better than tomorrow, has found its most finished expression in the Webbs, Snowden, MacDonald and the other Fabians… the proletariat itself is restrained by precisely its own top leading layer, i.e. the Fabian politicians and their yes-men. These pompous authorities, pedants and haughty, high-falutin’ cowards are systematically poisoning the labour movement, clouding the consciousness of the proletariat and paralysing its will. It is only thanks to them that Toryism, Liberalism, the Church, the monarchy, the aristocracy and the bourgeoisie continue to survive and even suppose themselves to be firmly in the saddle. The Fabians, the ILPers and the conservative trade union bureaucrats today represent the most counter-revolutionary force in Great Britain…” (Where is Britain Going, Writings, vol.2, p.57)

Trotsky concluded, “All her national traditions will undergo a test. What was shaped by centuries will be destroyed in the course of years.”

The ruling class has unleashed a massive onslaught against workers and their families. It is time we learned the lessons of 1972. There is no way out on the basis of capitalism. The working class is again confronted with a crisis of leadership.

The task remains to transform the labour and trade union movement and arm it with a leadership, programme and perspective that will do away with this rotten system. That is true today as it was then. This time, we must not fail.