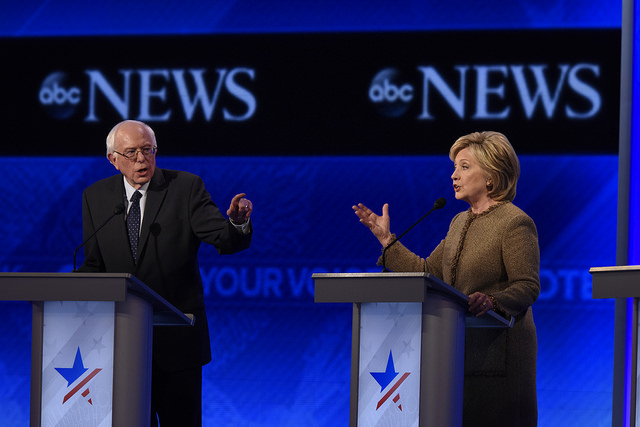 Interest in socialism has skyrocketed over the last two years. Millions of people yearn for change and want to fight back against capitalism. They are looking for ideas and an organization that can help them do just that. But there is as yet no viable point of reference, no mass socialist party, no clear and confident exit indicated out of the burning building. As a result, most people doubt whether a serious challenge to the system and its institutions can be mounted, let alone its total overturn. This explains the revival of interest in reformism.

As Marxists, we support any and all reforms that improve the lives of the workers and poor, even within the limits of capitalism. But there is a difference between fighting for concrete reforms that raise class consciousness, confidence, and unity, and believing that capitalism can be “reformed” out of existence. We do not content ourselves with a “kinder, gentler” form of wage slavery. A system that cannot productively make use of the diverse talents of every individual for the greater good, and which condemns millions to “enforced idleness” has no right to rule over the majority.

We should also understand that those social welfare programs that do exist are by-products of revolutionary struggle and are maintained solely to prevent the threat of revolution. Our historic aim is not to win a few more crumbs for the destitute, but to ensure that everyone on the planet has food, clothing, shelter, education, and long, productive, healthy lives.

To be sure, reformism is a natural first stage of political awakening. The idea that we should try to tone down this or that “excess” of capitalism seems the only “pragmatic” thing to do. But there is a difference between the reformism of the average person, who can’t yet conceive of any system that goes beyond what they have experienced so far in their lives, and that of committed reformists who consciously reject the need for revolution, or at best, postpone it to the indefinite future. Having no confidence in themselves or the working class, they eviscerate Lenin of his revolutionary essence and embrace the ideas of the German Social-Democrat Karl Kautsky. Ultimately, as with all utopian socialists and reformists, their aim is to “pressure” the capitalists and their politicians to “do the right thing.”

However, history provides ample evidence that this is a dead end. As Leon Trotsky succinctly put it, “No amount of ‘pressure’ can make the bourgeoisie stop being the bourgeoisie: it must be overthrown.” Nevermind that in the midst of an organic crisis of capitalism, there is no material basis for reforms, only counterreforms.

Some on the left believe they have stumbled upon a “third way” between reformism and revolution. They propose that the way forward lies in reviving the ideas of the “New Left,” specifically, those of André Gorz and his conception of “non-reformist reforms.”

Now, if what they mean by this is a reform that doesn’t limit itself to capitalism, cannot be fully realized within this system, and therefore helps people draw the conclusion that a socialist revolution is necessary, then this would effectively be a classical Marxist “transitional demand” by another name. But that’s not what they mean. They envision reforms that can somehow “decommodify” this or that strategic sector of the capitalist economy, thus “undermining its hegemony,” in a “war of position” waged from within the limits of the system.

Take, as an example, the much-needed struggle for universal socialized healthcare. Those activists who fight for “Medicare for All” in the abstract—in isolation from the broader fight for a mass socialist party and class struggle trade unionism—end up merely trying to exert “pressure” on capitalist politicians. Canvassing is an important way to meet and engage workers and to explain the ideas of socialism. But if the concrete result is simply to get signatures for a petition “urging” the Democrats to “do the right thing,” then not a single step towards universal healthcare is taken, never mind socialism. The Democrats are a party of big business. They are not about to “decommodify” the health insurance and provision industries, which are among the most profitable sectors of the capitalist economy. To sow any illusions whatsoever in the Democratic Party is to sow confusion and disappointment.

Those who argue for “non-reformist reforms” also have a formalistic understanding of what a revolution is and is not. As a result, they focus on the so-called “war of position” instead of prioritizing the building of a class-independent mass revolutionary party in advance of the revolution. They have no perspective of future mass movements of the workers, of a revival of the class struggle in the unions and in politics. While critical of capitalism, they don’t fully explain the system or how it can be changed through working-class organization, mobilization, and revolution.

They do not deny that the system is exhausted and reactionary, but they grudgingly accept it nonetheless. This is a perspective of cynical pessimism and surrender, veiled in the language of academic sagacity. The idea that the workers are “not ready” for socialism is a cop-out. Millions came out in support of Bernie Sanders’s call for “revolution against the billionaire class.” It was his capitulation to the Democratic Party that led to mass abstention, protest votes and the eventual victory of Donald Trump, not a lack of enthusiasm for socialism and revolution.

Fortunately for humanity, working-class consciousness can, does, and will catch up with a bang, and this will completely transform the situation. When precisely this will happen is impossible to say. But in society, as in nature, similar conditions lead to similar results. The task of socialists is to painstakingly prepare for such dramatic changes in consciousness.

Our role is not to artificially try to “build working class power” or “spark” the movement, but to prepare ourselves to help channel the pent-up energy of the working class into useful revolutionary change once it inevitably moves into action to change society. We must also not forget that betrayal is inherent in reformism. In one European country after another in the recent period, the reformists have played the role of derailing revolutionary energy into channels that are safe for capitalism, even before they get anywhere near power.

In an epoch of crisis and counterreforms, “non-reformist reforms” will end up as run-of-the-mill reformism without reforms. As Marxists, we must enter a friendly and patient dialogue with those who have honest reformist illusions but aren’t committed reformists. Most Americans, even on the left, have never been presented with a revolutionary socialist program. But illusions in reformism cannot last forever. American workers are pragmatic by nature and will judge parties and politicians on the basis of their experience. At a certain stage, if revolutionary socialists are present in sufficient numbers to reach the broader working class with our ideas, millions will enthusiastically embrace the need for socialist revolution. The task of Marxists is to help shorten the time needed to draw these conclusions—but we do not have all the time in the world to do so.

That capitalism passes through different phases of development is absolutely true. But to propose, as some on the left do, that it is only a “neoliberal” version of capitalism that has failed is patently wrong. Capitalism remains capitalism from its dynamic infancy to its senile decay. It is predicated on the merciless exploitation of wage labor and is more than happy to make use of even crueler modes of exploitation in its relentless quest to accumulate, concentrate, and expand capital. To argue for the continuation of any form of this system is to settle for a status quo of poverty, ignorance, exploitation, and oppression.

This at a time when the objective potential for an entirely different way of organizing society is abundantly evident. In essence, this is what is meant by the concept of “late capitalism,” which reflects the instinctive understanding among the youth the “old society is pregnant with the new.”

In an article titled, “How to Be an Anticapitalist Today,” published in Jacobin, the author concludes: “Give up the fantasy of smashing capitalism. Capitalism is not smashable, at least if you really want to construct an emancipatory future.”

The American workers and youth can do without this kind of learned defeatism. A better future may seem out of reach as the economic, political, and social crisis grinds on, with even worse to come. But as the immortal revolutionary John Brown expressed it, “I cannot remember a night so dark as to have hindered the coming day, nor a storm so furious or dreadful as to prevent the return of warm sunshine and a cloudless sky.”

That is the sort of revolutionary optimism we must be filled with. As Leon Trotsky explained, the crisis of humanity is the crisis of working-class leadership. A bold leadership with a confident vision of the socialist future is what we must build. History and the youth are on our side. The sooner we get this over with, the sooner future generations will get to live in a world of superabundance without the state, money, or compulsion of any kind. Join the International Marxist Tendency and help us fight for these ideas in the socialist movement.