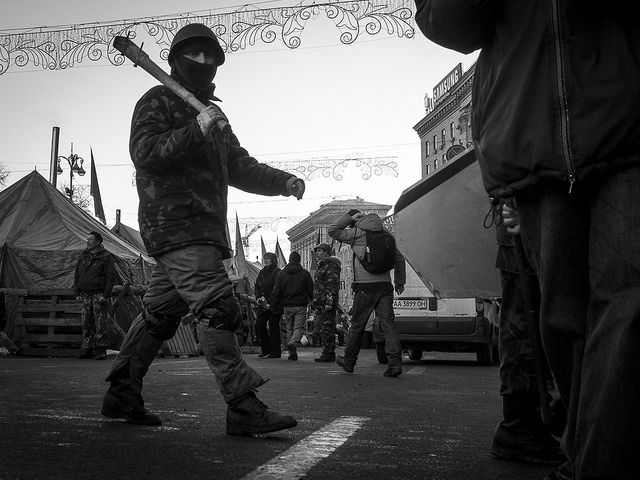 Victor Yanukovich has fled the capital and a warrant has been issued for his arrest. Many government administration buildings have been taken over by protesters in Kiev as well as the western Ukraine, and the parliament is back in session. But now with Yanukovich gone, who decides the future of the Ukraine?

The Ukrainian Parliament came back into session on the morning of February 23rd. The president who was backed by one wing of the oligarchy had been deposed, but not before leaving many dead on the streets. With the situation in Ukraine destabilized, a struggle for power has now begun between several factions, both foreign and domestic.

The Party of Regions remains despite Yanukovich 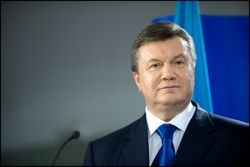 Viktor YanykovichThe Party of Regions (PoR) was the largest party in the previous parliament, and had the most resources. Yanukovich had been in power since the 2010 presidential elections. It is important to note that their position had been pro-EU until the Russian government forced their hand with a much larger offer of aid ($15 billion) than the EU ($700 million). With Ukraine on the verge of defaulting, seeking aid from overseas had become the only option, as it was not possible to cut public services much more than they already had been.

The Party of Regions was built around oligarchs - such as Rinat Akhmetov and Viktor Pinchuk - based in Eastern Ukraine, who participated in plundering of state resources after the restoration of capitalism in Ukraine. With their robbing the country of public services, tax revenues and imposing deplorable working conditions, they were largely responsible for the deficit in Ukraine’s budget and the a deep hatred and anger amongst the masses.

Yet the more Yanukovich’s position became questioned, the more they distanced themselves from the presidency. Already in November, some of the PoR MPs began to resign from the party, like rats who flee a ship just before it hits the rocks. The media controlled by some of those who had supported Yanukovich with election funding were showing the police repression in full. Finally, just before Yanukovich fled Kiev, Akhmetov went public with his displeasure at his man and the way the situation in Kiev had been handled and suggested that someone else should be in charge. This was quickly followed by PoR MP Oleksandr Yefremov (speaking as the head of PoR) publicly denouncing the president.

The previous week, the president had replaced his army chief. The fact that the military were not called in, showed that their loyalty to the regime could not be guaranteed.

Even with what has happened in the previous months, the PoR remains a significant force. Their business interests will now come under pressure from the pro-west oligarchs. They, along with the Communist Party, have been banned in many areas in Western Ukraine, where the far-right is stronger. They will now jostle for positions in the new parliament. To their base in Eastern and Southern Ukraine, they portray themselves as the last bastions against the onset of fascism in Ukraine, when in reality it is their actions that are largely responsible for it.

The new interim president is Olexander Turchynov, a businessman with a long history in Ukrainian politics, working mostly with recently released Yulia Tymoshenko. His appointment shows how little things have changed so far on the parliamentary level.

Despite some the opposition members’ calls for the protestors to stay on the streets, the hope of the opposition parties, UDAR, Fatherland and Svoboda, is to turn the movement into electoral results. Just a few days ago they were for accepting a compromise with Yanukovich for early elections. This was clearly not enough unacceptable for most of the protesters and there is significant skepticism among the masses about what new elections could bring.

Behind these pro-west parties are the interests of both a section of the domestic oligarchs along with US and EU capital. A leaked phone call between Victoria Nuland of the US State Department and the US ambassador to Ukraine Geoffrey Pyatt revealed the US preference for “Yats” referring to Arseniy Yatsenyuk from Fatherland. Yatsenyuk has a very similar background to a previous president Yuschenko, with a long career as a government bureaucrat for previous administrations. Nonetheless, the release of Tymoshenko will likely mean that she returns as the face of Fatherland.

Vitali Klitschko, whose party UDAR was founded with the aid of Merkel’s Christian Democratic Union, is considered the preferred candidate of German capital and therefore the EU. He appears to be the most popular opposition candidate and would likely win an upcoming election.

The explosion of the far-right, electoral and non-electoral

Near the beginning of the protests it became apparent that the parliamentary Svoboda was not the only political force representing the far-right. Far-right fascist hooligans are present in every major city in Ukraine, and Kiev was no exception. While many of these were traditionally Svoboda supporters, the unrest in Kiev offered them a chance to take their battle to the streets and recruit many destitute young Ukrainians.

While the self-defense units formed in Kiev were far from “entirely fascist”, as reported by some media, right-wing former football hooligans did make up the most well-armed and menacing force among these and thus dominated the movement. A group of anarchists who had organized their own unit were forced to leave by the right-wing groups due to being outnumbered, despite protests from some of the other unit leaders.

These fascist elements have organized themselves into a group called the “Right Sector”, with the stated aim of destabilizing the situation in order to facilitate “national revolution”. These are the same hooligans who were previously paid by the ruling class to break up protests and strikes, and have turned like a guard dog on its master. They reject the idea of joining the EU and now represent, to the opposition oligarchs, a force that they cannot control.

Svoboda and their leader Oleh Tyahnybok have always sought to take the maximum advantage of the situation as well. On the one hand, their supporters have played a large part in the seizure of administration buildings in their base in Western Ukraine. On the other hand, despite early calls for a “general strike”, they soon began calling for compromise with the government, claiming to follow the “will of the people”.

Despite them standing against many EU principles, they know that in order to gain power, they need some level of backing and acceptance from the US and the EU. That is why they have toned down their public anti-Semitic rhetoric and have become “pro-EU”.

Oleg Tyahnybok had pointed out ironically a few years ago, when confronted about his anti-Semitism, “We admire Israel; almost every party in the parliament is nationalist”.

At the core of these far-right groups is a battle for Ukrainian history. These groups see themselves as the followers of the Nazi-collaborationist Organization of Ukrainian Nationalists. Lost in all this is the fact that the OUN represented only a small portion of all of the Ukrainians who fought, died or were sent to labour camps by the Nazis during WW2. Lost, even more sadly, is the rich tradition of various Ukrainian leftists who lost their lives during the Stalinist repression in the late 1920s and 30s.

What is in store for ordinary Ukrainians?

The confused nature of the situation can be seen in the demands of some University students in Kiev, who have called for free education, which is in complete contradiction with the aspirations of the present group of oligarchs who are assuming power. Free education is something that will be difficult to restore under a capitalist Ukraine.

The pro-west oligarchs are now in power in parliament, but they are unable to offer solutions to the crisis of capitalism in Ukraine. A credit default is becoming more likely with each passing day. They will instead bide their time, securing their own economic interests while blaming the problems of the capitalist crisis and their greed on the previous administration and even the USSR.

It remains to be seen how long the masses will be able to tolerate the new regime. While nationalistic ideas have gotten hold of many, empty patriotic words without any improvement in people’s lives will only go so far.

In the end the movement in the Ukraine, although it was mainly dominated by right-wing populist and fascist elements, reflects the dead end of Ukrainian capitalism. The fact that the right wing could mobilize a significant force on the streets is testament to the desperate situation amongst the masses. That is the key to understanding the movement. It was the desperate movement by the bankrupted middle class and the crushed and disowned elements at the bottom of society to assert themselves against the pressures of big business. What they did not understand was that their only salvation can be provided by the working class.

The Ukrainian masses need not just to awaken as a force on the streets, but the working class must step in as an organized independent force ready to reject all the oligarchs and the far-right demagogues who will only bring them division and further misery. This will become clearer as the pro-western oligarchs take hold of government. To organize such a force will not come easily, especially with the far-right on the streets, but it is the only way forward to improve the lives of the Ukrainian people.