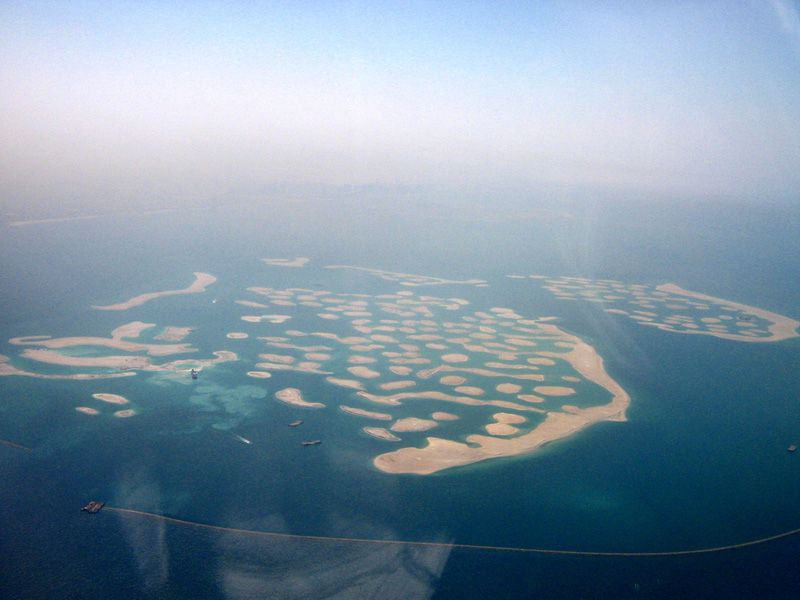 The world of international finance has been shaken by the default in Dubai. Commentators have suggested that this could be the cause of the recession moving into a double dip. Now the Greek government is running a government deficit of 12.7% of GDP, which is more than four times the permitted European maximum. Capitalism stalks one country after another, probing for weaknesses and laying the weakest low. This system is inherently unstable. As long as it exists, it threatens all our livelihoods.

The world of international finance has been shaken by the default in Dubai. Shares have taken a tumble all over the world. Commentators have suggested that this could be the cause of the recession moving into a double dip, of a further downturn in the world economy.

What has happened? Dubai World has asked for a 6 months break on paying its debts. It can’t keep up the payments. That means it’s in big trouble. The bankers reckon the company owes $60bn all around the world. Dubai World is not just a private company. It’s an arm of the government, run by the ruling sheikh. The vast sums it borrowed carried an implicit state guarantee. As we now know, this guarantee was worthless. Dubai World issued bonds, which are supposed to be much safer than shares. Its paper was seen as safe as Dubai government bonds.

Dubai is a comic opera country. One of the United Arab Emirates, it has a population of 1.2 million, most of whom are from abroad. Dubai started life as a sleepy fishing port. With less oil revenue than most of the other Emirates, Dubai World turned the whole country into an immense building site, all on borrowed money. But the party is well and truly over.

That the building boom was a bubble about to burst was plain for all to see, but everybody enjoyed the party to the full as long as it lasted. Life for the workers who actually threw up the skyscrapers was not so rosy. Lured mainly from the Indian subcontinent by tales of wages they could keep their families on with ease, their passports were confiscated upon arrival and they became indentured labourers, in effect slaves in Dubai.

But Dubai is part of the world economy and, when recession came, it hit Dubai hard. Rentals collapsed, the construction boom came to a sharp halt a year ago and many of the foreign building workers were packed off home.

Why should we worry about the fate of a company in the Gulf? Because capitalism is a global system and it knits all our fates together. When it was doing well, Dubai World bought that iconic firm of British imperialism, P & O and great swathes of real estate in central London.

The Bank for International Settlements estimates that the United Arab Emirates as a whole owe $123bn to the rest of the world. It looks like we can kiss goodbye to a lot of this money. Oil-rich Abu Dhabi is grumbling, but will probably bail out prodigal Dubai in the end. But that’s not the end of the story.

Sovereign default is the latest thing capitalist commentators have become seriously vexed about. You can bet on anything under capitalism. You can buy a bit of paper called a Credit Default Swap (CDS) and bet on the chances of a country defaulting. All countries are perceived as becoming riskier as the government deficit balloons. For instance UK public debt was 46% of GDP in 2006 and is assumed to reach 89.3% next year, nearly doubling in consequence of the crisis. As a result $24bn is being bet against the possibility of UK government securities defaulting compared with just $12bn in 2006.

Why might a nation be unable to pay its bills? Because government debt has swollen on account of the economic crisis. Crisis means government receipts such as taxes fall, while the state has to pay out more in benefits. In many cases the fiscal crisis of the state has been made worse by the need to bail out the banks. The government then borrows from other countries to cover the shortfall, and starts to slide down the slippery slope.

Events have already proved quite dramatic, shaking the confidence of the financial establishment all over the world. This will not be the last we hear of the dangers of national bankruptcy. As Gillian Tett asks in the Financial Times (22.11.09) “Will sovereign debt be the new subprime?” She points out that banks are being exhorted to hold government bonds as an asset on the grounds that they are safe. There is bound to be pressure on governments to print money and, through inflation, erode the value of the bonds. The Dubai World default shows that government securities are not always safe and their promises cannot always be relied on. The banks could be packing their vaults with more toxic waste.

How can a country try to get out of the peril of falling helplessly into debt to other countries, triggering national default? One way is by devaluing its currency, letting it fall against other national currencies so that exports are cheaper and imports dearer. But countries in the Euro-zone do not have this emergency exit. They can’t devalue because they share a common currency. Interest rates and monetary policy are the same in all nations across the region, set by the European Central Bank, so they can’t print money to get out of trouble either.

Actually some countries in Euro-land are feeling the heat more than others. The weaker economies in the South of Europe, often spoken of disparagingly as the ‘Club Med,’ are really struggling with the effects of the crisis. The Greek government is running a government deficit of 12.7% of GDP (more than four times the permitted European maximum), which means the government’s debt will hit 135% of national income. That deficit sounds pretty scary – but it’s actually less than the UK’s as a proportion of national income. Greece also has a deficit with foreigners of 14.5% of GDP and foreign debts amounting to 150% of national income.

At present the Greek government has to pay nearly 2% more in interest than the Germans to speculators to hold on to their 10 year bonds. Clearly the speculators demand higher rates because they fear the Greek government may default. As Lars Christian of Danske Bank comments, “There is enormous denial…They can’t devalue; they can’t print money.” So, if they remain on the basis of capitalism the government will have to attack the working class – and they are already showing they are prepared to fight back.

George Papendreou, the incoming prime minister, is in despair at how dire the finances are. “Our country is in intensive care,” he warns. “This is the worst crisis since the restoration of democracy” (in 1974). A Greek default would be much more serious than that of Dubai. It would throw the whole of Europe into turmoil.

The crisis is putting immense pressure on all the countries of the Euro-zone and upon the existence of the Euro itself. It stalks one country after another, probing for weakness and laying the weakest low. The example of Dubai could have global consequences. It could in its turn knock over a lot more dominos in the world economy. The financial commentators are whispering…could Spain be next? Capitalism is inherently unstable. As long as it exists, it threatens all our livelihoods.