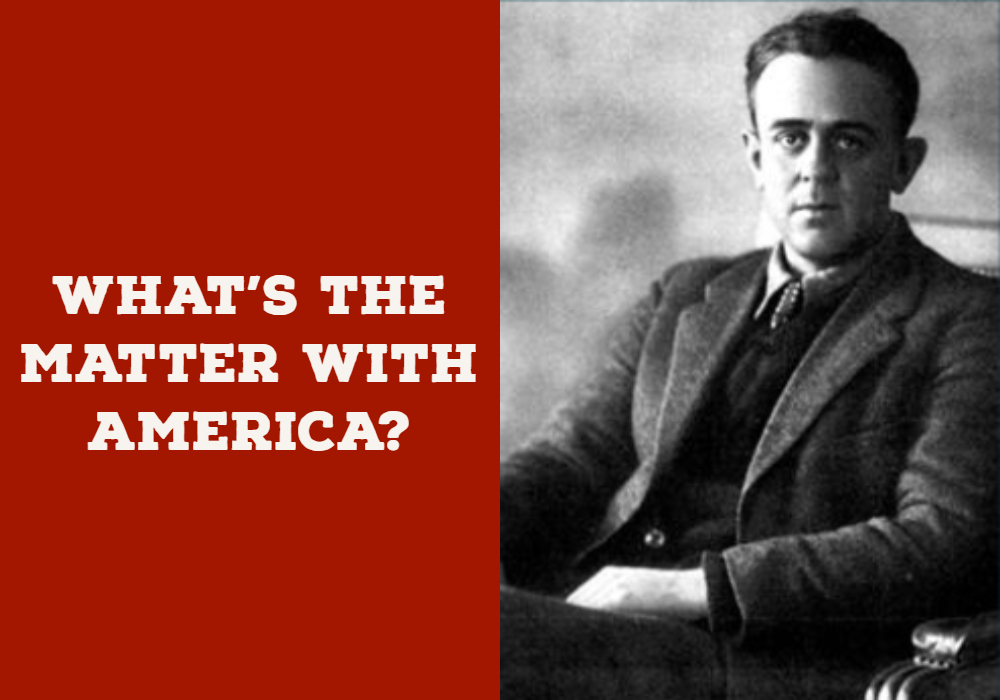 Comparatively untouched by the war, her manpower almost intact, her immense resources scarcely scratched, the United States began the year 1919 as one of the most reactionary nations on earth. Never had we felt the strain of imminent invasion, as the people of Europe felt it; never had we starved, or frozen, or dragged our married men from their families, as in other belligerent countries. Labor here was getting warwages; “radicalism” of all sorts — the Socialists, the IWWs, even the Non-Partisan Leaguers — had been privately and publicly mobbed into comparative silence; the vast bulk of the population, and especially of the workers, seemed satisfied and patriotic.

To all appearances the bulk of the people were behind President Wilson and his much heralded League of Nations. Samuel Gompers had become a statesman of international importance, wielding the massed power of the American Federation of Labor which seemed as solid and eternal as the Rock of Ages.

Now, nine months later, wheat do we see? Woodrow Wilson a failure, a proven hypocrite and liar, deserted by the liberals, viciously assaulted by the reactionaries. Gompers absolutely discredited abroad, and coming more and more into open conflict with the rank and file of his own organization. The Labor movement of America stirring, awakening to new ideas, new forms of organization, new methods of industrial warfare, revolting against its leaders — becoming revolutionary!

Those frightened authorities who see in all this stirring and upheaval the work of “Bolshevik propaganda” are on the wrong track. Certainly events in Europe have had their repercussion here; it is impossible for the workers of Russia to take over control of their country or the workers of England to threaten Direct Action for political ends without making American workers think.

But no revolutionary movement was ever yet caused by propaganda alone. Conditions make Revolutions, conditions have caused, and are causing, the tremendous change in the attitude of the American Labor movement.

The war speeded up industrial evolution tremendously, even here. Under emergency agreements with the AF of L, union rules and safeguards were suspended, the skilled trades were diluted, Labor was still further divided. The War Labor Board contributed to the change by permitting the workers to air their grievances, and then demonstrating its inability to combat the great capitalist employers. The various Liberty Bond, Red Cross, and YMCA drives, in which the workers were forced to subscribe or lose their jobs; the suppression of all class activities of the workers by anti-Labor, strikebreaking organizations of employers such as the National Security League, the American Protective League, the American Defense Society; the lynch law employed by Chambers of Commerce and Boards of Trade — all these fed the smouldering resentment of the workers.

This burst into flame when the signing of the Armistice suddenly shattered the artificial social and economic conditions which had prevailed in the nations organized for war. With governmental pressure removed, the workers found themselves face to face with a brutal capitalist class, whose first instinct was to contract industry. In the shipyards, the steel mills, the mines, thousands of men were laid off. The restlessness of the workers was met by “anti-vagrancy” laws, which struck directly at all effective forms of labor organization.

The Prohibitive Cost of Living

The end of the war didn’t put an end to the high prices of living necessities. On the contrary, with artificial government control released, an orgy of profiteering set in. This was due, among other things, to the clearly visible bankruptcy of Europe, which prevented the export of surplus products to be disposed of in foreign markets, and also to the uncertainty of foreign investments in “backward countries” — about whose disposition the Peace Conference was squabbling, and in certain sections of which the Social Revolution was threatening or in full swing. The plethora of gold with which the banks of this country were bursting also had a tendency to raise prices, because of the cheapness of money.

These two counter-tendencies — the rapid rise in the cost of living and the attempt of manufacturers to “transform industry to a peace basis” — in other words, to reduce wages to what they were before the war — quickly produced a crisis. The workers, who had already discovered that even war-wages wouldn’t buy as much for the dollar as wages before the war, were faced with actual want. Moreover, the sudden cancellation of war contracts, leading to the discharging of thousands of workers, gave the remainder the bitter choice between staying at work on insufficient wages or walking the streets.

The issue was sharply precipitated by the ultimatum of the Railroad Brotherhoods, asking for vast wage increases or the adoption of the Plumb Plan, and threatening a general railroad strike.

The Government Gets Busy

This sudden revelation of the power which might be employed if the workers really made up their minds to it shocked and frightened the Government. Immediately the President and Congress got busy with all sorts of schemes to reduce prices. Laws were proposed to punish profiteers, investigations started, retailers by the dozen arrested for hoarding food and clothing stocks, the Army supplies were ordered sold through the public schools and the Post Office.

But even in its panic, the capitalist class did not intend to relinquish a penny of its profits. It served notice on the Government that it would sooner see industry go to smash than to surrender an atom of its power.

This put the politicians in a difficult position. The Government had to obey its capitalist masters; so Wilson refused the railroad men’s demands and issued a statement denouncing strikes. But the Administration was fearful of losing the workers’ votes; it had to pretend to be doing something. Therefore the invitation to the Capital-Labor Conference in Washington on October 6th; hence the appeals for an “industrial truce”...

Labor Betrayed By Its Leaders

The workers, however, who are too close to the facts of life to be fooled by such propositions, and whose actual need is driving them to immediate action, will not wait. They must strike to live. They must strike to maintain and strengthen their organizations and alter them to meet new conditions. Under no industrial truce will the capitalists cease to make class war on the working class.

The interests of the Craft Union leadership, however, are different from the workers’ interests. The AF of L oligarchy is interested in keeping Craft Unionism intact, in making Organized Labor a power with which to dicker for a share of the capitalists’ profits. This power — the workers of this country — they are willing to sell to the capitalist class for any political game or imperialistic scheme, in return for “a fair wage.” It is for this that the AF of L leadership surrendered the Organized Labor movement to the War Party in 1917. It is for this that the “leaders” of the Trade Union movement in America have always been the bitterest [foes] of Socialism. It is for this, finally, that Gompers and his clique have joined with the Government in its efforts to sabotage the Plumb Plan, to halt strikes, to collaborate in the Conference of October 6th.

But the workers, as we have said above, cannot wait. They must get relief: they strike. The leaders forbid. They strike anyway — they must strike. And this struggle between the masses forced to move forward, and the “leaders” who want to hold them back, reveals to the workers the reactionary character of the whole Craft Union structure, and its function as a buttress of the capitalists’ system.

This heads to the smash-up of the old rigid Labor Movement in this country, and the inevitable conception of a new organization based upon actual necessities and needs, and so organized as to be able effectively to cope with the gigantic new growth of capitalist power — One Big Union!

The Seattle and Winnipeg strikes, and the abortive Boston strike — all bitterly condemned by the AF of L leaders; the great Steel strike, tying up an entire basic industry, from the mines to the finished product — which the AF of L politicians have also tried to stop; these are the first tentative tests of the new form of organization.

So Revolutions begin — so the Revolution is rapidly approaching here in the United States.