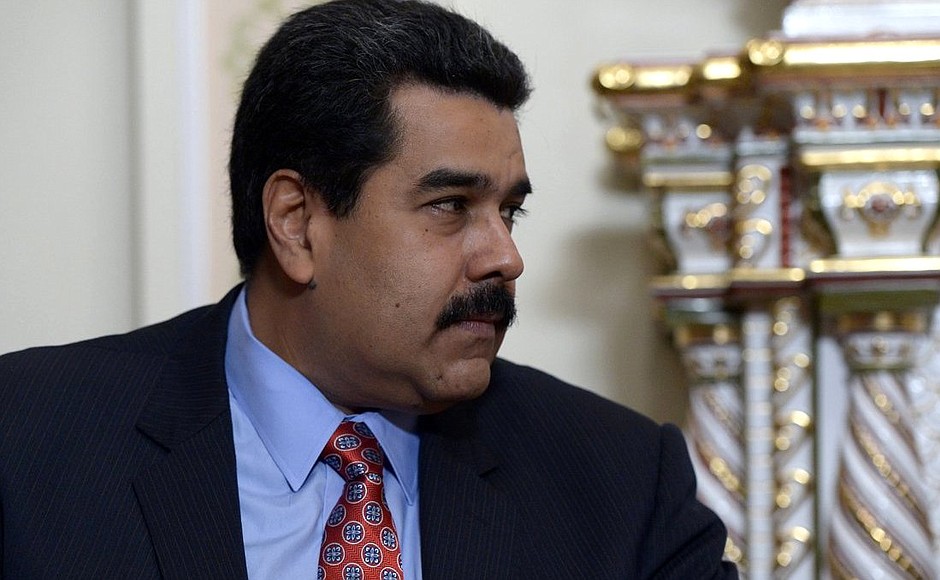 An imperialist coup d'état attempt is underway in Venezuela. On 10 January, President Maduro was sworn in for a new term of office. He had won the election on May 20. At that time, one section of the opposition decided to participate and another to boycott the elections. On 11 January, Juan Guaidó, the president of the opposition National Assembly (in contempt since 2015), refused to recognise President Maduro and declared himself willing to assume the presidency “with the support of the armed forces, the people and the international community.”

Apart from being a totally illegal decision, taken by a body that is in contempt and also without following any constitutional precept, this amounts to a call for the armed forces to overthrow the elected president. Such an action has a name: coup d'etat.

The first to respond was the secretary general of the OAS, Almagro, one of the instigators of the coup, who went beyond the words of Guaidó and declared that he was president (something Guaido himself had not stated). He said:

"We welcome the assumption of @jguaido as Acting President of #Venezuela in accordance with article 233 of the Political Constitution. You have our support, that of the international community and the people of #Venezuela."

Clearly, Guaidó had been a bit more cautious, saying he was willing to assume the presidency. But Almagro, in his unhealthy obsession with and indecent haste in getting rid of Maduro, appointed Guaidó as president, by twitter.

US imperialism supports the coup attempt

On 10 January, the US Secretary of State, Mike Pompeo, had already made a similar call to the Armed Forces to dismiss Maduro, ergo, to carry out a coup d'état, which he said was a matter of urgency:

The U.S. condemns #Maduro’s illegitimate usurpation of power and urges those who support the Venezuelan regime, including security forces sworn to support the constitution, to stop enabling repression and corruption. The time is NOW for a return to democracy in #Venezuela.

In his coup-plotting message, Pompeo spoke specifically about the capacity of the National Assembly (i.e. the opposition, in contempt) to “recover stolen funds”. These are to be found in the US. So, in other words, he is offering finance to the coup:

The National Assembly carries the flame of democracy on behalf of #Venezuela through these dark days of the #Maduro dictatorship. We applaud its efforts to recover stolen funds for the Venezuelan people. Thank you for your leadership, @jguaido.

The idea is clear: create a ‘parallel government’ that imperialism (the US, the OAS, the EU) can recognise and, on that basis, force ‘regime change.’

On 11 January, in a phone call to Guaidó, Pompeo reiterated his support for the National Assembly as the sole legitimate authority, although he avoided describing Guaidó as president (for now).

On 12 January, in another official statement, the US Department of State stepped up its support for the coup underway. The statement includes a clear and precise "regime change" instruction, stating "it's time to begin the orderly transition to a new government."

So, the plan is afoot. Pompeo’s visit to Brazil for the swearing in of Bolsonaro, his trip to Colombia and the later statement of the “Lima cartel” (with the honourable exception of Mexico) were all necessary steps that prepared for this scenario.

Juan Guaidó, the president of the National Assembly, declared himself willing to assume the presidency “with the support of the armed forces, the people and the international community.” / Image: Efecto Cocuyo

The coup attempt can only be successful if it manages to win a significant sector of the Armed Forces or through a military intervention (an effective government is not created by declaring it). Ultimately, any government is based on a monopoly of force to make its decisions effective.

To increase the chances of the FANB breaking down, the National Assembly is discussing a “transitional law” in which immunity will be offered to all those who jump ship and join the regime change. According to Reuters “the 17-page draft document entitled ‘Law Governing the Transition to Democracy’… includes provisions 'to ensure that defectors from the armed forces would not be persecuted by a future government if they abandon Maduro.'”

The US secret services have been working hard to try to buy off or blackmail high-ranking officers to lead a movement against the elected president. In recent years, there has been a whole series of coup conspiracies, without success so far. The military high command has a material interest in maintaining the current constitutional order.

The government has given juicy contracts to the military (through the company CAMIMPEG) and has also placed many military officers at the head of state companies, giving them a substantial source of legal and illegal income. But that does not mean that always and at all times they will remain loyal. If they see that there is a possibility that Maduro will be overthrown, there will undoubtedly be sections of high-ranking military officers who, in the face of the offer of immunity and preservation of their wealth, will be willing to participate in a coup d'état or in some form of “negotiated transition” (a coup by another name).

The Washington Post, citing sources from the US secret services, stated that the head of the armed forces, Vladimir Padrino, had asked Maduro to resign or else he would be the one to resign. Most likely this is another attempt by Washington to spread misinformation and rumours, but such a scenario cannot be ruled out at some point.

The “transition law” drafted by the Assembly National (in contempt) is explicit about the central objectives of the coup in the political and economic field:

"[C]entralized controls, arbitrary measures of expropriation and other similar measures will be abolished... For these purposes, the centralized model of controls of the economy will be replaced by a model of freedom and market based on the right of each Venezuelan to work under the guarantees of property rights and freedom of enterprise.”

In other words, the nationalised companies will be returned to their former private owners (including telecommunications, electrical, SIDOR, cement, etc), as will expropriated landed estates. It is noteworthy that there is a lot of talk of property and business rights, but no mention is made of workers' rights, which would certainly be abolished. It continues:

“Public companies will be subject to a restructuring process that ensures their efficient and transparent management, including through public-private agreements.”

What this means, in plain language, is massive dismissal of workers from state companies and the entry of private capital into them: a policy of looting which has already proved to be a disaster in all countries where it has been applied. 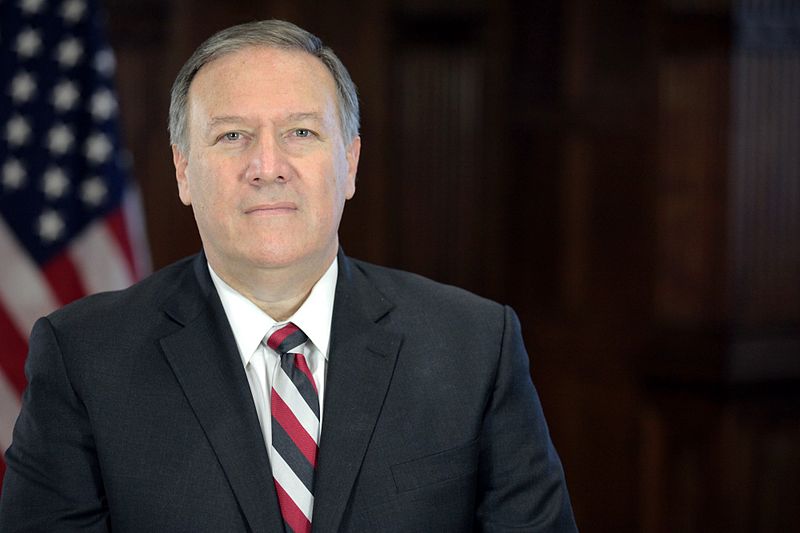 There are obviously other factors in the equation. One is the fact that the real threat of imperialist intervention tends to unite the forces of chavismo, even the critical and disenchanted sectors, when faced with an external threat. The healthy feeling of opposition to imperialism is very strong in Venezuela and goes beyond the hardcore that still votes for the PSUV.

Added to this are the quite strong statements made by Russia against any intervention in Venezuela, which have also been accompanied by military manoeuvres and the presence in the country of Russian Tu-160 bombers capable of carrying nuclear weapons. From the geostrategic point of view of the conflict between Russia and the US, Venezuela is an important point of support for Russia, one it does not seem ready to abandon, for now. Russia has also acquired important interests in Venezuela in the form of oil and other contracts and does not seem willing to drop the Maduro government, after its successes in Crimea and Syria.

Given these facts, needless to say, the position of any democrat, and of course any revolutionary, socialist and anti-imperialist, is to reject this scandalous imperialist interference and the brazen coup attempt by the reactionary opposition.

The International Marxist Tendency has declared openly that it does not support the policies of Maduro's government and did not call to vote for him on 20 May. What we are talking about here is something else, namely, an attempted coup d'état, which if successful would lead to the reactionary bourgeoisie and imperialism taking the reins of power. We can all imagine the effects of this for the working class and poor, in Venezuela and beyond.

We do not suspend our criticism of Maduro’s government. We think that its policy (of class conciliation) is not only incapable of resolving the deep economic crisis, but in many respects, represents an important setback for the achievements of the Bolivarian Revolution, by action or omission. Furthermore, this policy undermines and weakens the effective struggle against imperialism. Firstly, because it demoralises the working and popular masses that are the bulwark and the driving force of the revolution, but also because it is based on shameful concessions to Turkish, Chinese and Russian capitalism, and also American and French multinationals (see the most recent oil contracts signed with US-based EREPLA and French multinational Maurel and Prom).

But all this does not mean in any way having an ambiguous or neutral stance in the face of a coup d'état. On the contrary, clearly and emphatically, we strongly oppose it. At the same time, we also advance the programme that we think is necessary to combat the coup effectively: the expropriation of all the multinational companies of the countries involved in the plot and of all the capitalists who finance and encourage it; the general armament of the people and the strengthening of the militias; workers’ control and the revolutionary accountability at all levels to combat the reformist bureaucratic fifth column; the handing over of the large estates to the organised peasants and the idle or semi-paralysed factories to the workers to raise a national plan of production under workers’ control that begins to satisfy the immediate needs of the masses; the immediate and total repudiation of the payment of the foreign debt; and a call to the working class and the peoples of the world to defend the Bolivarian Revolution against imperialist aggression.