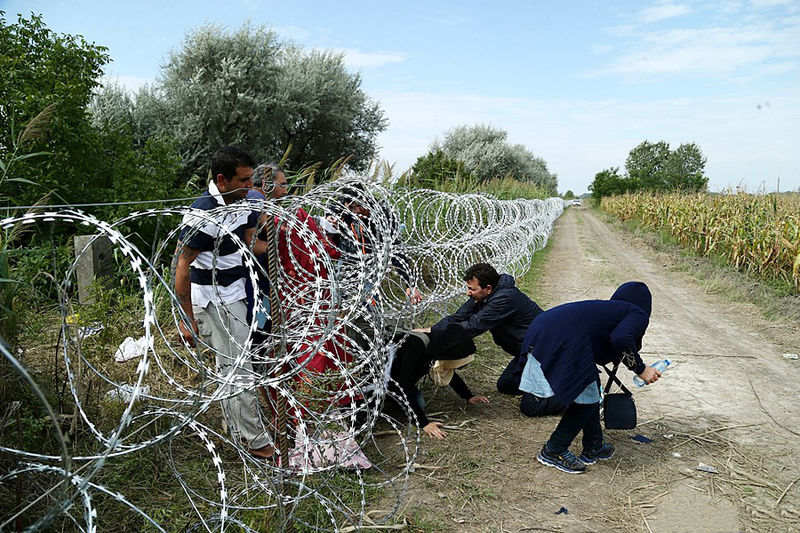 In this talk from the Revolution Festival 2019 in London, Niklas Albin Svensson (writer for In Defence of Marxism) discusses why revolutionaries must oppose any repression of migrants and refugees, and fight instead for workers of all countries to unite. In the wake of increasingly reactionary Tory immigration policy in Britain, a deepening migrant crisis in Europe and xenophobia resulting from the coronavirus epidemic, this speech is more relevant than ever.

Anti-immigrant rhetoric and far-right parties have risen in recent years on the back of the refugee crisis and the crisis of capitalism. In Britain and elsewhere, right-wing governments are whipping up xenophobia and nationalism in an attempt to divert attention from their programmes of austerity and attacks on the working class.

Liberal commentators have blamed this on the idea that the working class is, itself, racist. Some within the labour movement have unfortunately also succumbed to this view, arguing that the left must adapt and argue in favour of migration controls, under the pretext of 'protecting the jobs and wages' of native workers. But this approach is directly the opposite of what is required.

Anything that divides workers on the basis of nationality, race, or religion only distracts from where the real blame lies: the bosses and the capitalist system. Only on the basis of united organisation and struggle can workers from all countries effectively fight against the capitalists and their attacks.