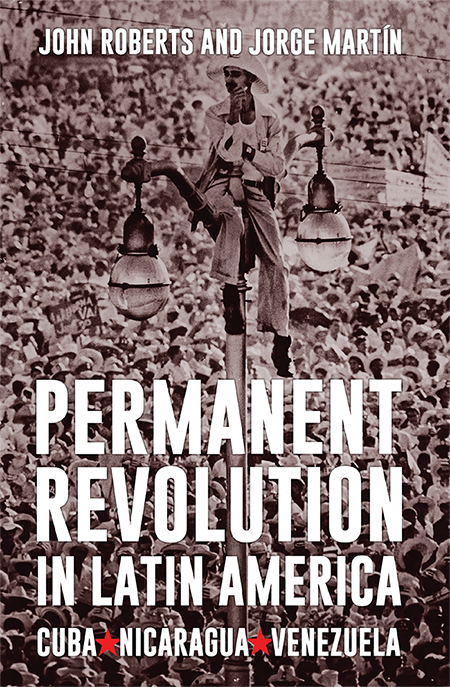 In this talk from the recent Revolution Festival in London, Jorge Martin (of the International Marxist Tendency) discusses a new book co-authored by himself and John Roberts (author of China: from Permanent Revolution to Counter-Revolution), which explores the application of Leon Trotsky's theory of permanent revolution to the experiences of Latin America.

Trotsky's theory of permanent revolution explained how the capitalists in the colonial countries could not play a progressive role, but would instead be a barrier in the fight for agrarian reform, parliamentary democracy, and national independence.

In particular, Jorge discusses the examples of Cuba, Nicaragua, and Venezuela, comparing and contrasting the different revolutionary processes, each of which, in their own way, provide a validation of the correctness of Trotsky’s ideas.

Buy your copy of Permanent Revolution in Latin America from Wellred Books.