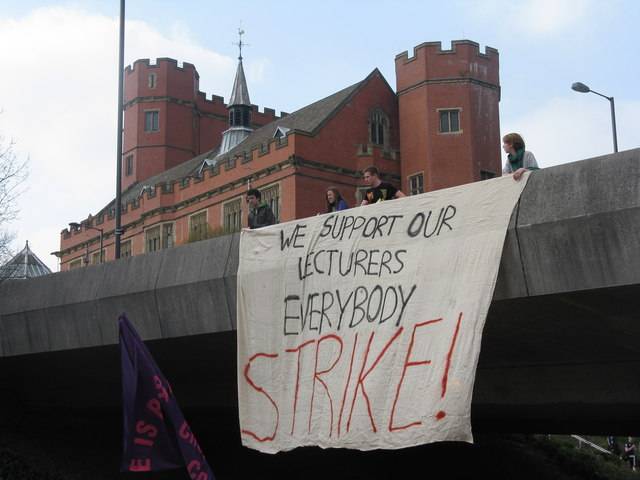 In the latest episode of IMTV – the International Marxist Television channel, hosted by our British section, Socialist Appeal – our guests look back over a busy year for student and labour activists on UK campuses. Earlier this year we saw the largest ever strike by academic staff in the University and Colleges Union (UCU), who took action over cuts to pensions.

Their struggle was widely supported by students, who came out in large numbers on picket lines and protests across the country. But despite this wave of militancy, the UCU strike ended up with a negotiated deal that only kicks the can down the road. In the NUS, meanwhile, the left was roundly defeated. What are the lessons from the recent UCU pensions struggle? And what kind of action should students take to support university workers in the fight to defend education?