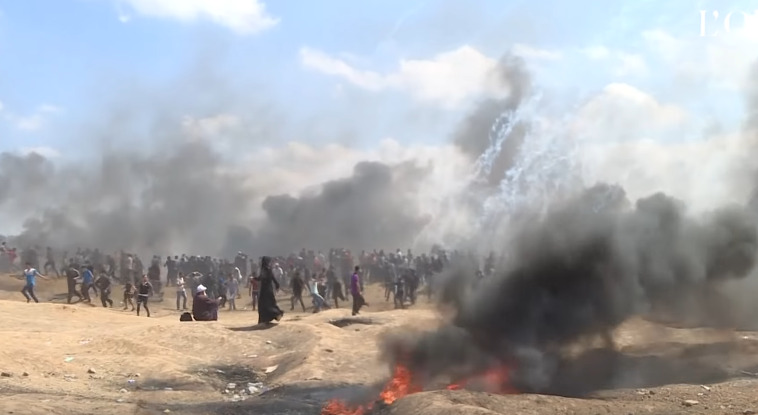 In the third episode of IMTV – the International Marxist Television channel, hosted by the UK section of the IMT, Socialist Appeal – Francesco Merli provides a Marxist analysis of the situation in Israel and Palestine.

On 14 May 1948, the state of Israel was officially founded. It was accompanied by a mass, forceful eviction of hundreds-of-thousands of Palestinians, who were forced to flee from their own lands. This exodus is known amongst Palestinians as the 'Nakba' (catastrophe).

70 years later, large demonstrations have taken place on the border between Gaza and Israel, as Palestinians commemorate the Nakba. Dozens of protesters have been brutally killed by Israel state forces, in the largest massacre of Gazans since 2014. Francesco looks back at the history of the Israel-Palestine conflict, explaining the factors behind these latest mass protests, and discussing the way forward for the Palestinian liberation struggle.