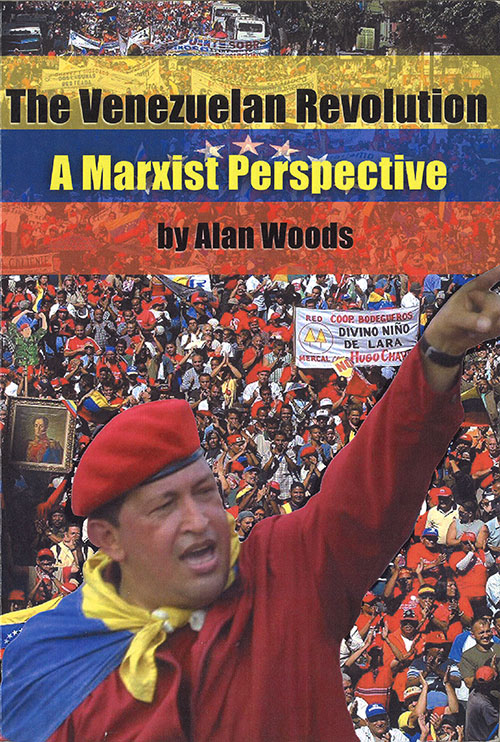 Altamira Square - Gathering point for the opposition in the rich east end of Caracas.
Aporrea - Online publication of the Popular Revolutionary Assembly.
Bay of Pigs - Beach used by the counter-revolutionary forces for the failed invassion of Cuba
in 1961.
BCV - Venezuela's Central Bank.
Bolivarian Circles - Community based organisations that help the government to carry out social programmes. They have actively mobilised communities against counter-revolutionary attacks.
Bolivarian People's Congress - International gathering of supporters of the Bolivarian revolution.
bolivar - Venezuelan currency.
Carter Centre - Christian human rights organisation chaired by former US president Jimmy Carter. It is widely regarded as a front organisation for the CIA.
Clarin - Argentinian daily newspaper.
Class Struggle Democratic Trade Union Bloc - Anti-capitalist current organised in more than 50 unions. It played a key role in the organisation of factory occupations during the 2002/2003 lock-out.
Colombia Plan - US backed plan to end the 40-year long armed conflict and revitalise the economy through a draconian plan of privatisation. It is widely regarded as a legal cover to eradicate any kind of dissent in Colombia and throughout Latin America.
Comando Ayacucho - Political leadership of the Bolivarian movement replaced by the Comando Maisanta shortly before the recall referendum.
Coordinadora Democratica/Democratic Coordinator - Umbrella organisation that gathers all parties and organisations that oppose the Venezuelan Revolution.
COPEI - Christian Democratic party which is part of the Democratic Coordinator.
CTV - Venezuelan Workers' Confederation. Trade union confederation linked to Democratic Action. CTV leaders have been at the forefront of all counter-revolutionary attacks against Chávez.
Democratic Action - Social Democratic party which is part of the Democratic Coordinator.
Escualidos - Nickname for the Democratic Coordinator supporters.
Fedecamaras - Venezuelan bosses federation. It is one of the driving forces behind the Democratic Coordinator.
Frente Nacional Campesino Ezequiel Zamora - One of the biggest and most militant peasant organisation in Venezuela. It is named after military peasant leader from the 19th century.
Golpistas - Spanish word to name coup plotters.
Lake Maracaibo - Oil rich area in the north-western area of Venezuela.
Mercosur - Mercosur is an economic common market that began operating in the southern cone of South America in 1995. Venezuela is amongst the associate states, though it is not a full member.
Metropolitan Police - Local police body in Caracas. At the time of the coup d'etat and the lock-out the MP was under the control of a pro-opposition mayor and played the role of the opposition's army.
MVR - Movement for the Fifth Republic. Chávez's electoral party which has its origins in the military MBR-200.
OAS - Organisation of American States.
PAN - Mexican conservative party that currently rules that country.
PDVSA - Venezuelan state oil company. It was founded in 1976 the same year that the oil industry was nationalised. It is one of the major sources of cash to fund social programmes.
Pistoleros - Spanish word for hired assassins.
Popular Coordination - Umbrella group for 70 popular organisation based in Caracas.
Popular Revolutionary Assembly - Community based organisation created to link up with Bolivarian Circles and trade unions on the eve of the April 2002 coup d'etat.
Pronunciamiento - Spanish word for military coup d'etat.
Revolutionary Marxist Current - Revolutionary Marxist group born out of the merger of the Marxist currents around El Militante and El Topo Obrero.
Tancazo - Spanish word meaning a military coup employing the use of tanks. It was the name given to the first military coup against President Allende in Chile.
Tupamaros - Complete name Tupamaro Revolutionary Movement. Former guerrilla organisation that that gave up guerrilla warfare and supports the Venezuelan Revolution.
UNT - Venezuelan trade union confederation created in April 2003 as a response of democratic trade unionists to the collaboration of the CTV leadership with the bosses and counter-revolutionary forces.

Bolivar, Simon - (1783-1830) Hero of the struggles in Latin America against the Spanish colonial rule. By 1825 he headed an army that liberated Colombia, Panama, Venezuela, Ecuador, Bolivia and Peru from colonial rule. The figure of Bolivar - also known as the Liberator - has inspired the revolutionary process.
Carmona Estanga, Pedro - Leader of Fedecamaras at the time of the coup d'etat of April 2002. He was appointed interim president on April 12th and resigned on April 13th.
Chavez, Cesar - Latino activist that fought for trade union rights for Californian farmers.
Marti, Jose - (1853-1895) Hero of Cuban independence. He devoted all his adult life to the struggle against the colonial rule. Marti spent time while deported in Spain and in the US linking up with Cuban emigree groups. He always believed that the national liberation struggle in Cuba had to be headed by the oppressed. He was killed in battle against Spanish
forces.
Miquilena, Luis - Fomer leader of the bus driver's union and the Communist Party during the 1940s. Founding member of the MVR and political mentor of Hugo Chávez. When Hugo Chavez passed the 49 Enabling laws, Miquilena went over to the side of the opposition.
Ortega, Carlos - Former CTV leader who actively participated in the coup d'etat and the lock-out of 2002. He was one of the most outstanding opposition figures in Venezuela. After the defeat of the lock-out he fled to Costa Rica, until he was deported to Venezuela and arrested.