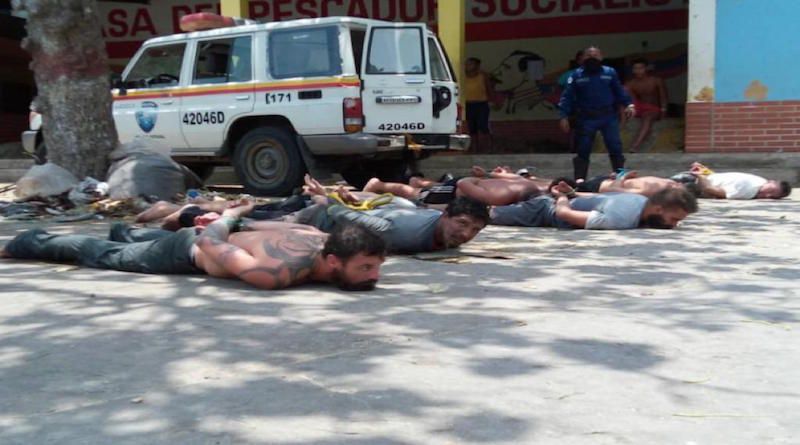 A number of mercenaries had been killed and others arrested in La Guaira on 3 May while trying to disembark in Venezuela as part of a plot against the Maduro government. On 4 May, another eight mercenaries were arrested in the coastal town of Chuao in Aragua state, amongst them two former US special forces veterans.

As we explained yesterday, one of the organisers of the plot is US mercenary and former US Army Green Beret Jordan Goudreau, who claims to have signed a contract with Venezuelan opposition leader Juan Guaidó to organise the military incursion. Goudreau claims that Guaidó reneged on the contract and that he was never paid but decided to go ahead with the plan regardless. According to Goudreau, who is currently in Florida where he runs mercenary agency Silvercorp US, those detained or killed on Sunday in Macuto, La Guaira, were part of a larger group of 60 mercenaries, mainly Venezuelan army deserters. They had infiltrated the country in an attempt to kidnap Maduro and trigger a military coup, in what has become known as Operación Gedeón - after the biblical military leader who led a troop of 300 men to defeat a much-larger Midianite army.

Part of the group that was intercepted in La Guaira on Sunday managed to escape and they were seized in Chuao, Aragua on Monday 4 May. Local fishermen organised in the Bolivarian Militia alerted the authorities to the presence of the men in a boat and the eight mercenaries were captured. Amongst them were two US special forces veterans who had been mentioned by Goudreau: Luke Denman and Airan Berry. 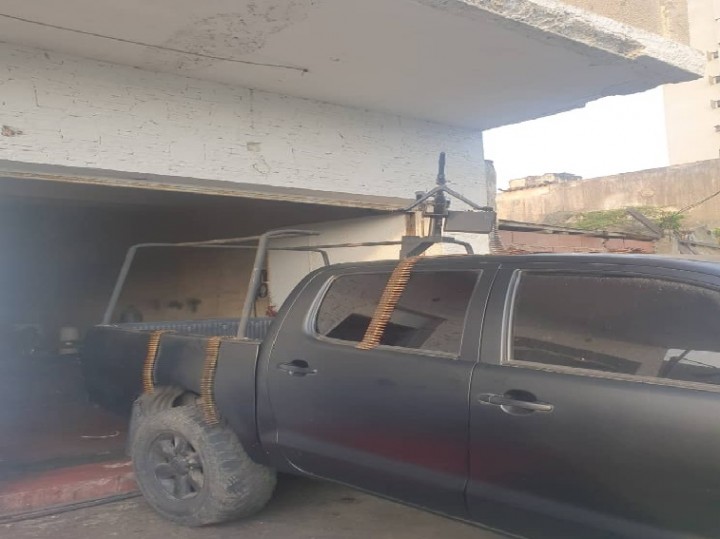 Several groups of mercenaries have been killed or apprehended by Venezuelan security forces. Weapons, ammunition and communication equipment have also been seized / Image: Ultimas Noticias

A third group of mercenaries was arrested in the secluded beach of Puerto Cruz, in La Guaira state, not far from Chuao. They had a large cache of weapons, bulletproof vests and communications equipment, which had been stored on land ready for the disembarking forces.

Amongst those arrested in Chuao is one of the leading figures of this military adventure: Antonio Sequea Torres, a former captain of the Bolivarian National Guard, who played a key role in the 30 April 2019 botched military coup led by Juan Guaidó and Leopoldo López. He appeared in a video published on Sunday describing himself as being in charge of Operación Gedeón.

Speaking to Bloomberg by phone, Goudreau admitted his operation had suffered losses, but that it was not over: “The main mission was to liberate Venezuela, to capture Maduro, but the mission in Caracas failed,” he said. “The secondary mission is to set up insurgency camps against Maduro. They are already in camps, they are recruiting and we are going to start attacking tactical targets.”

In the next few hours and days, there might be more arrests related to this mercenary incursion. There are already a few questions that need to be answered. First of all, what’s the implication of the Colombian government? These mercenaries were trained in Colombian territory by their own admission and according to the AP investigation. A cache of arms was seized by Colombian police and the main leader of the operation Alcalá Cordones gave himself up. Why weren’t the rest of the Venezuelan military desterters being trained arrested and their camps dismantled?

Second is the implication of the Venezuelan opposition around Juan Guaidó. Goudreau has shown a copy of the contract he claims was signed between his mercenary company and Juan Guaidó and he has provided audio recordings of discussions about the contract. The main leaders of this mercenary attack were the same military officers who took part in the botched 30 April 2019 military coup fronted by Guaidó and fellow opposition leader Leopoldo López. Goudreau organised security for Guaidó during the “humanitarian aid” concert in Colombia in February 2019. On Sunday, Guaidó claimed that the whole affair was a “regime smokescreen”, a false flag operation to distract attention from other matters and justify repression against the opposition. Now the opposition has issued a statement demanding respect for the “human rights of the members of Operación Gedeón.” However, Guaidó has remained silent about the details of the contract he is claimed to have signed with Silvercorp.

Third is the level of implication of US imperialism. It is clear that nothing moves in the different factions of the Venezuelan opposition without Washington knowing about it. The so-called “democratic” opposition is funded and promoted by the US. In the AP report published just before the current mercenary attack, Goudreau is described as boasting about having high-level contacts in the Trump administration, as well as having worked for Trump’s security. The report states that Goudreau “had been introduced to Keith Schiller, President Donald Trump’s longtime bodyguard, through someone who worked in private security,” and it adds that, in May 2019 “Goudreau accompanied Schiller to a meeting in Miami with representatives of Guaidó. There was a lively discussion with Schiller about the need to beef up security for Guaidó and his growing team of advisers inside Venezuela and across the world, according to a person familiar with the meeting.” This points to Goudreau being involved, and linked both to Guaidó and the Trump administration.

It is clear that, if you launch an assault against the government of a sovereign country, threaten military invasion, introduce brutal sanctions and an oil blockade, seize that country’s assets, publicly call on military officers to rise up against the government and offer a 15 million dollar reward for the capture of that country’s president, you can hardly be surprised if a group of military deserters and mercenaries decide to take matters into their own hands.

For the last 48 hours since the “Operación Gedeón” was launched, no US official, usually quick to tweet about Venezuela, has said anything. Mike Pompeo, John Bolton, Marco Rubio, Elliot Abrams and the rest have all remained silent, after having promised that “morning is coming to Venezuela - again” two days earlier. They have not denounced the mercenary attack, they have not officially distanced themselves, they have not commented on the arrest of US special forces veterans as part of the attack and they have certainly not taken any measures against Goudreau and his mercenary agency Silvercorp US which is based in Florida.

Finally, from the point of view of the revolutionary movement in Venezuela, the position of those who over a year ago demanded the arrest of Guaidó and revolutionary measures to respond to counter-revolutionary plotting has been vindicated. A statement issued yesterday by Lucha de Clases, the Venezuelan section of the IMT raises the following necessary demands: “Strengthening of the Bolivarian militia! Weapons and supplies for the Bolivarian militias! Creation of soldiers committees within the FANB! Jail Guaidó and all those involved! Enough impunity! Expropriation of the imperialist monopolies under workers control! For a workers' government!”