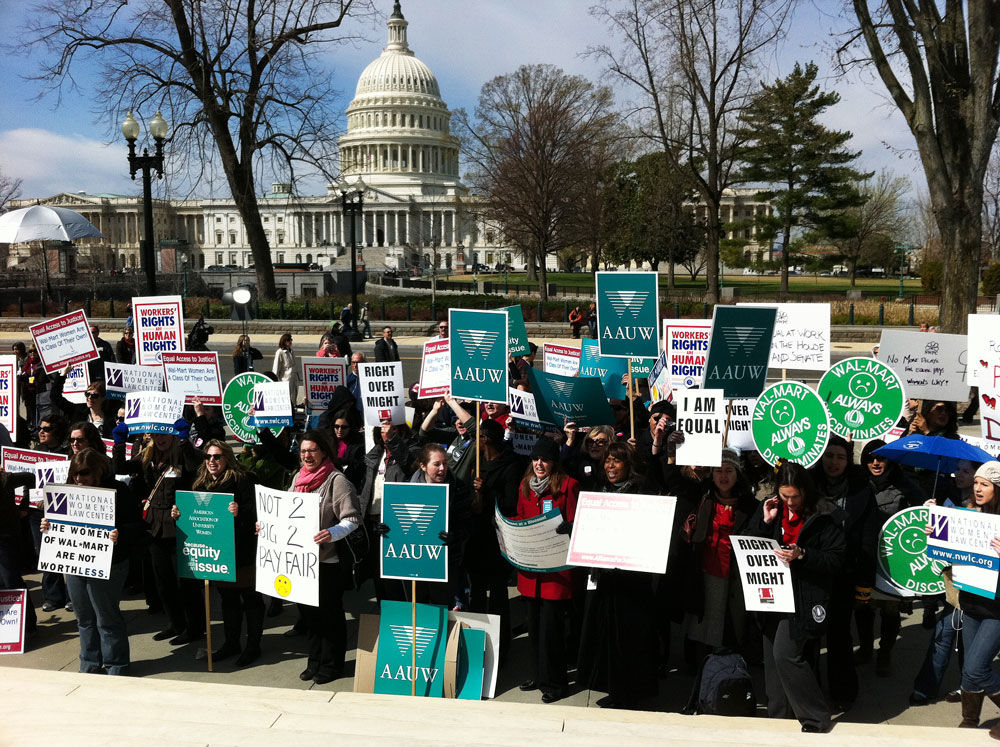 On Monday, June 20, the U.S. Supreme Court threw out a massive class action sexual discrimination lawsuit filed against Wal-Mart by a group of current and former women employees. This blow against the rights of these 1.5 million workers should come as no surprise. Even a cursory review of legal history shows that the courts have a long tradition of siding with big business over workers. And no wonder: most of the supposedly “impartial” judges are very political indeed, most of them having been appointed by one of the two corporate parties!

And yet, while a ruling against the large retailer would have led to a much-needed increase in compensation for women Wal-Mart workers, and would have allowed a small number of women to serve on the executive level of the company, it would not have changed anything fundamental for the vast majority of women employed by the world’s largest retailer. Because having a few women serving on the board of directors will make no real difference to the majority of women working in the store; the exploitation will not be erased or become more bearable, only the gender of the oppressor will change. An increase in wages and benefits is always helpful, but what ever they give us now, they will seek to take away from us next week.  Their hunger for high profits knows no glass ceiling. So what is the way forward for women workers?

In the struggle for equality, organization is the key! Decades of anti-union laws have driven union membership down, but the recent events in Wisconsin and elsewhere around the country show that unions, once thought by many to be a relic of the past on “life-support,” are still major power, capable of being a driving force for change.

Shoulder to shoulder with their class brothers and sisters, women in organized labor have played a leading role and have fought for and won many basic workplace and societal rights, and were a major force in changing child labor laws. But struggle at the workplace must be combined with political struggle. Like their male co-workers, women workers are not represented by the parties of big business. This is why labor must cut its ties to both capitalist parties and build a party of its own. A vote for the Republicans and Democrats is a vote for exploitation!

Many people are shocked to learn that under U.S. law, women do not have the same rights as men. And yet, this is in fact the case! U.S. capitalism has had over two centuries to provide these most basic of rights, and yet the situation remains the same for millions of working women: more sexual harassment, less job security, and lower wages than their male counterparts.