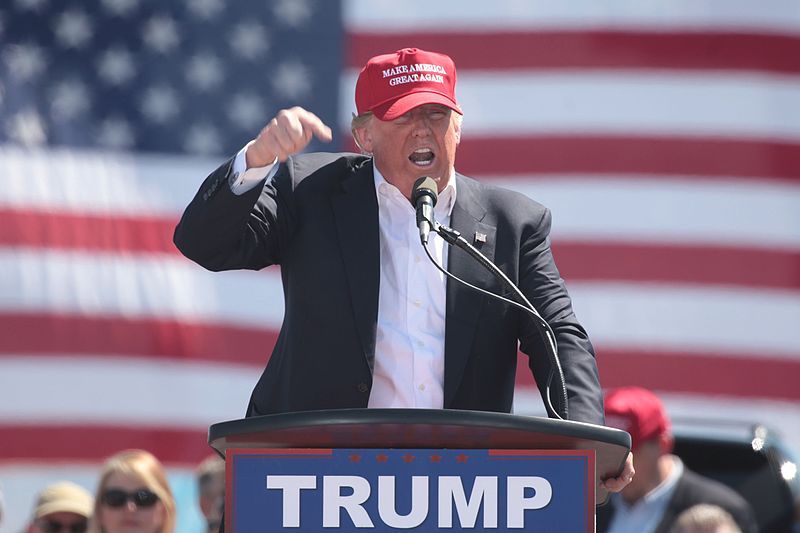 Calling to mind the Mad Hatter from Alice in Wonderland, US President Donald Trump tweets no fewer than six impossible things before breakfast. But what we are living through is not impossible, and it is not a dream. This is the living reality of capitalism a century after it became an absolute fetter on human progress. Trump is merely the personification of this chaos and instability.

As Polonius noted in Hamlet, “Though this be madness, yet there is method in it.” Or rather, there is a material basis driving the dizzying convergence of attacks on the working class. That basis is the terminal crisis of capitalism, which has generated a perfect storm of horror without end that demonstrates the incompatibility of this system with the continuation of humanity.

The liberal apologists at CNN lament the “furious and disorienting theater of the last 17 months... [the] daily whirlwind of chaos and controversy.” They weep and moan over the “deep changes Trump is unleashing on America and the world.” But we should never forget that Trump’s election was not the result of Bernie Sanders or Russian meddling, but of the deep disappointment in eight years of Barack Obama and visceral class hatred of Hillary Clinton. When the “lesser evil” inevitably fails to deliver, the “greater evil” will always come back even stronger.

The ICE cold heart of capitalism

Trump’s contradictory zigzags are impossible to keep up with, but they all trend in a definite direction: the desperate attempt to insulate American big business from the brunt of the global crisis. His “America First” promise is a sign of desperation and weakness, not of strength. It is a recognition that US imperialism is on the decline, that its 20th-century effort to subordinate the entire planet to its will has failed. The border detention centers and burgeoning trade wars with China and Europe are an admission that a system based on the nation-state and market economy cannot transcend its own limits. The retrograde nature of these pillars of capitalism, these relics of humanity’s struggle against feudalism stand exposed and are long overdue for the landfill of history.

The sickening attacks on immigrant families and Trump’s travel ban are the latest salvos in a one-sided civil war against workers that has been simmering for decades. Nevertheless, the new levels of callousness exhibited by Trump’s administration have shocked millions. But the crocodile tears of the liberals, who stand for “kinder, gentler” deportations should fool no one. The nightmare at the border is 100 percent bipartisan in nature. Obama presided over ICE for two full terms and earned the moniker “Deporter In Chief” as he oversaw the forced expulsion of a record three million immigrant workers and their families. Trump has merely picked up where he left off.

The idea that ICE must be abolished has captured the imagination of many. But how can we actually get rid of this enforcement wing of the capitalist state? Like everything else under capitalism, the solution to the crisis of immigration is not as simple as getting rid of this or that element of the capitalist economy or state in isolation. ICE can and must be shut down. But this will only result from concerted, mass action by the working class, not through the heroic sacrifices of a few well-intentioned individuals.

Imagine if the AFL-CIO set a date, prepared, and carried out an indefinite general strike, with its 13 million workers refusing to return to work until all our immigrant class sisters and brothers are released, united with their families, and guaranteed the same pay, protections, and rights as citisens? Imagine if it appealed to all non-union workers to join the general strike and organise their workplaces? Imagine if it extended its list of demands to include a reduction of the workweek, quality jobs, healthcare, education, and housing for all. In the face of such a powerful flexing of working-class muscles, nothing would ever be the same and capitalism’s days in the heart of imperialism would be numbered. The workers of the world would enthusiastically launch similar movements in their own countries. Unfortunately, given labour’s current leadership, this may sound like a pipedream. But who can deny that the potential is there? The task of revolutionaries is to fight patiently and tenaciously to make that potential actual. If we accept the permanence of the status quo, then the status quo—or worse—is all we can look forward to. 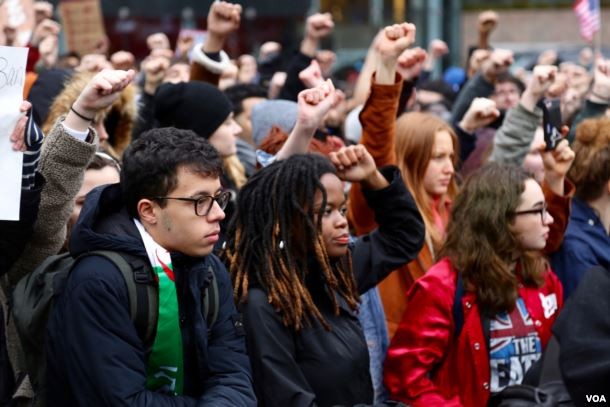 In the final analysis, to end the assault against immigrants, we must end capitalism. There is no quick fix, but there is a lasting one—the socialist revolution. On the basis of a socialist federation of workers’ governments of the Americas, based on class solidarity and the material superabundance already around us, the need for economically compelled migration would vanish. With no private property of the means of production to defend, and with equality of life a reality for everyone—no matter where they were born or where they live—the artificial borders the capitalists have erected would lose all meaning and would wither away along with classes and the state.

Despite surface appearances—soaring stock markets and artificially low unemployment rates—the capitalist crisis is intensifying. To maintain its power and privilege, the ruling class’s gloves must come entirely off. The Janus ruling, which aims to eviscerate public sector unions by obliterating the closed shop, is yet another offensive front in the class war. With Anthony Kennedy retiring, the unelected and utterly reactionary Supreme Court stands to lurch even further to the right, a faithful reflection of the hardening divide as the capitalists prepare for even bigger class battles in the years to come. The highest court in the land is by no means “impartial,” but it does “interpret” the Constitution—into the language of “defend ruling class interests by any means necessary.” The working class will have to learn through bitter experience that it, too, must prepare for a knock-down, drag-out fight to defend its interests and win a new world.

Teachers around the country have shown the way forward in an inspiring wave of strikes and walkouts earlier this year. UPS workers, represented by the powerful Teamsters union, have also indicated their willingness to fight back by voting overwhelmingly to authorise strike action. If they do strike, it could be a watershed moment for labour, following in the footsteps of the 1997 UPS strike, an electrifying struggle that had a nationwide impact. In 1997, the Teamsters had a class-struggle trade union leader Ron Carey at the helm, who mobilised the membership to shut down production and stop scabs from crossing the picket line. His reward for leading the most significant strike in decades was to be driven out of the leadership on trumped-up charges. If fed-up UPS workers don’t go on strike this year and are forced to accept a rotten two-tier contract, the blame will rest squarely on the shoulders of Jimmy Hoffa Jr. and the rest of the union’s corrupt and craven leadership. 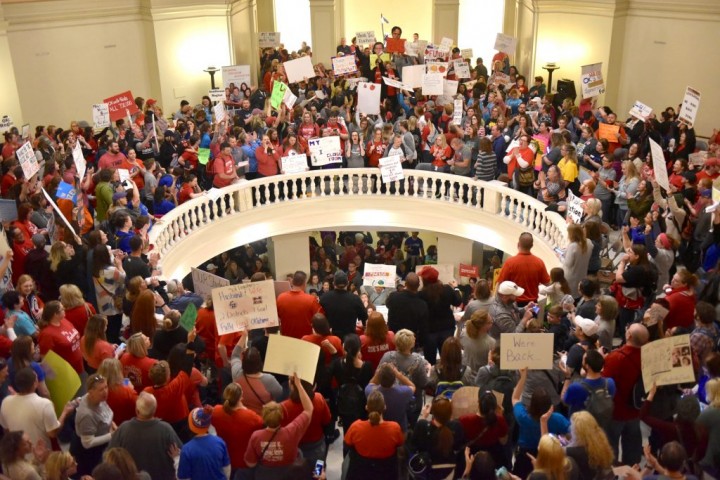 Teachers around the United States have shown the way forward in an inspiring wave of strikes and walkouts earlier this year / Image: Socialist Revolution

With the midterms just months away, the process of polarisation continues on the electoral front as well, refracted through the distorted prism of the two capitalist parties. On the Republican side, candidates who want to remain relevant are going all-in with the president as right-populism continues to strike a chord among those who can no longer stomach the lies and broken promises of the liberals. On the Democratic side, outsider Alexandria Ocasio-Cortez’s upset win in New York shows the massive potential that exists to the left of the Democrats. For lack of a mass working-class option, many radicalised Americans see no alternative to trying to push the Democratic Party to the left. However, contrary to the illusions being fomented by some, her stunning victory by no means indicates that that party has been transformed into a vehicle for working-class struggle. On the contrary. 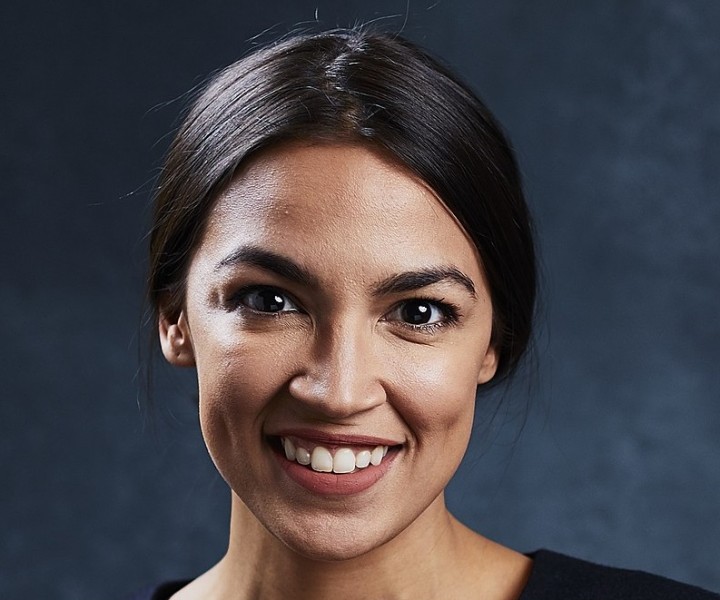 Ocasio-Cortez could have used an independent socialist campaign to help lay the basis for a new mass party. Instead, the right-wing of the socialist movement will muddy the waters even further / Image: Jesse Korman

Crowley’s defeat was wholly unexpected and wobbled the Democrats. But the party apparatus has moved swiftly to claim Ocasio-Cortez as their own, to groom, contain, and cynically use her in yet another “bait and switch” to get left-leaning voters to dive back into the swamp. What is needed isn’t a “progressive insurgency” into the brick wall of the Democrats, but the building of a mass working-class socialist party. Using the Democratic ballot line out of alleged “strategic convenience” only sows confusion and makes those individuals, organizations, and publications who support the Democrats in any way, shape, or form, responsible for its anti-working class policies. Like Sanders before her, Ocasio-Cortez could have used an independent socialist campaign to help lay the basis for a new mass party. Instead, the right-wing of the socialist movement will proclaim that their strategy has been vindicated—thus muddying the waters even further.

For a mass workers' party!

Of course, we want to get rid of Trump! But what do we want in his place? President Pence? A left-populist Democrat who makes radical speeches in public while doing Wall Street’s bidding and continuing the imperialist wars and deportations? The anti-Trump mood must be channeled into a united front of working-class organizations and candidates and the building of a mass socialist workers’ party. This is the opposite of popular frontism, in which the interests of the workers are subordinated to those of the ruling class and its parties—who always have the upper hand. Our aim is not merely to win people to a watered-down version of “socialism” for the sake of having “lots of socialists” in the abstract. Our aim is to win socialism itself and in our lifetime. This cannot be achieved through a capitalist party. It cannot be achieved without a mass party of our own that fights for the establishment of a workers’ government, the expropriation of capitalism, and the democratic running of every aspect of society and the economy.

The working class has the numbers; what we need is a leadership worthy of the name. This is what the IMT is working to build. We invite all those who agree with the need for class independence, socialism, and revolution to join us!