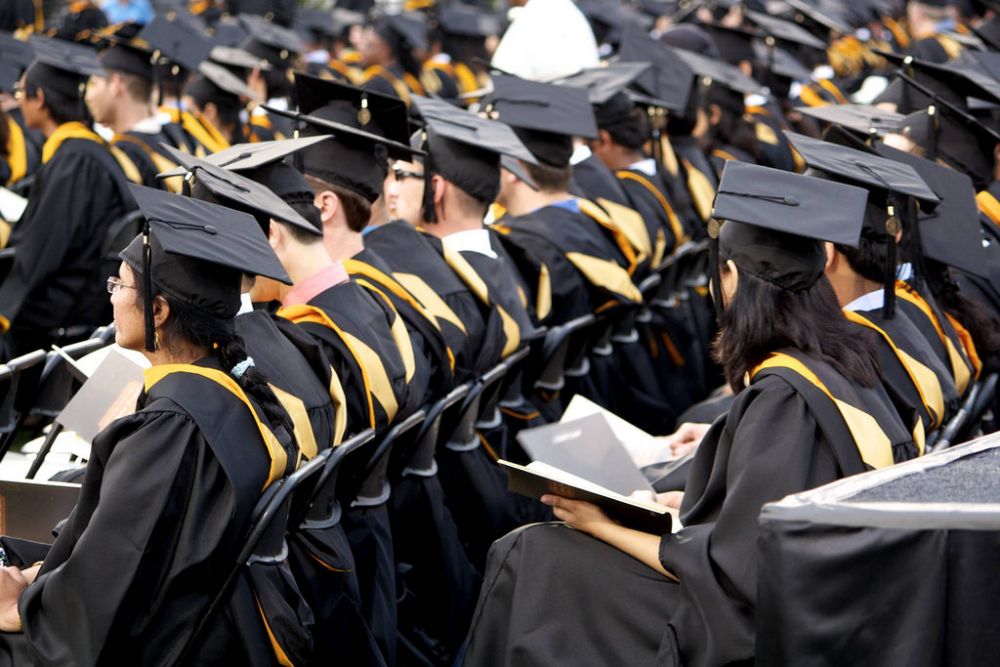 The student loan industry's parasitism is matched by the Democratic Party's unwillingness to take them on. Martin Scorsese’s classic 1991 film Goodfellas lays bare the basic operations of the mafia. In a classic scene, narrator and mobster Henry Hill describes the fate that befalls those who partner with the mob.

In exchange for protection, they must pay a handsome fee every week, no matter what. “Business bad? F*ck you, pay me. You had a fire? F*ck you, pay me. The place got hit by lightning? F*ck you, pay me.” A quarter-century on, student loan debt collectors have seemingly innovated on this “business model” by keeping the coercion ratcheted up while stripping away benefits given to “partners”—the borrowers. On 18 November the New York Times ran an extensive exposé on the fate befalling those who fall behind on loan payments.

“When Unpaid Student Loan Bills Mean You Can No Longer Work” exhaustively documents how in 20 states, government agencies can, will, and do seize state-issued professional licenses and even driver’s licenses for those who don’t make student loan payments on time. Can’t drive to work or get hired? Refer to the Henry Hill formula.

The Times points out that it’s nearly impossible to determine just how many have had licenses revoked, but at least 8,700 cases have been identified, a figure which they note is almost surely an underestimation. Student Loan Hero breaks down the current state of student loan debt:

Last August, CNBC reported that the average outstanding student debt balance now stands at $34,144, up 62 percent over the last decade, while the percentage of borrowers who owe more than $50,000 has tripled over the same period. According to the data, student loan balances have risen 150 percent, and education is now the second-highest lifetime expense after homeownership.

With this kind of money at stake and delinquency rates rising, lenders are increasingly eschewing traditional collection methods like lawsuits, wage garnishment, property liens, or tax refund seizure in favor of what the Times calls the more “aggressive weapon” of blocking licenses. “I don’t like people skipping out on their debts,” South Dakota Commissioner Jeff Barth said in the article, “but the state is taking a pound of flesh.”

Using such “weaponry” has even drawn fire from red-state Republicans. Montana State Representative, Daniel Zolnikov calls it “shooting yourself in the foot,” as opposed to “free market” solutions like dropping credit scores, collection agency tracing, and liens. But not everyone is opposed to such measures. Chief aid and compliance officer for the Tennessee Student Assistance Corporation calls the practice an “attention-getter” for those who broke their promise to the federal government. Of course, getting a borrower’s attention this way has a drawback. How, precisely, do they expect these people to pay these loans back without access to a reasonable paying job?

This is the only real difference between the various wings of the ruling class and their parliamentary toadies. It is not a question of whether or not workers are to be exploited, coerced, subjugated, and oppressed, but to what extent.

As with much else, the postwar boom postponed the inevitable explosion of this question for decades. As an example, under the Johnson administration of the 1960s, the Higher Education Act created financial aid programs in which the government guaranteed payment if a borrower defaulted. But with the end of the boom and the rising offensive against workers and trade unions in the 1970s and 80s, the government began taking an annual billion-dollar loss, at which point they began implementing the aforementioned “free market solutions.”

Now, with capitalism in its deepest crisis yet and with the national debt nearing $20 trillion debts must be collected—by any means necessary. But what about those who cannot get out from under the piles of debt, for example, due to children, age, illnesses, emergencies, low, irregular, or nonexistent wages? We are told we can do little more than shed a tear at this unfortunate collateral damage, a tragic but necessary sacrifice to a system for which “there is no alternative.”

But there is an alternative, and a far more attractive and humane one, at that. But to fight for an alternative—and win—the working class requires its own party, fighting for revolutionary socialist policies. As we move into 2018, the Democrats daily demonstrate their craven opportunism, explicitly or tacitly affirming the policies of capitalism. They and their party—an appendage of the same flesh-taking meat grinder of a state apparatus that haunts millions of indebted workers young and old—represent the debt collectors.

By nationalizing the Fortune 500 under democratic workers’ control, we could instantly wipe out student debt while massively expanding, improving and fully funding education, making it available to anyone and everyone at any stage of learning. This is a necessary programmatic demand that would fundamentally change the lives of millions—and the money to pay for it is there. However, this would mean infringing on the “sacred right” of billionaires like Jeff Bezos to own more wealth than hundreds of millions of other humans. No wonder not a single Democrat can get behind such a demand. Despite their demagogic promise to provide “affordable education for all,” they are in reality interested only in a “kinder, gentler” form of student debt bondage. Only a complete break with the capitalists and their parties can guarantee free, high-quality education for all.