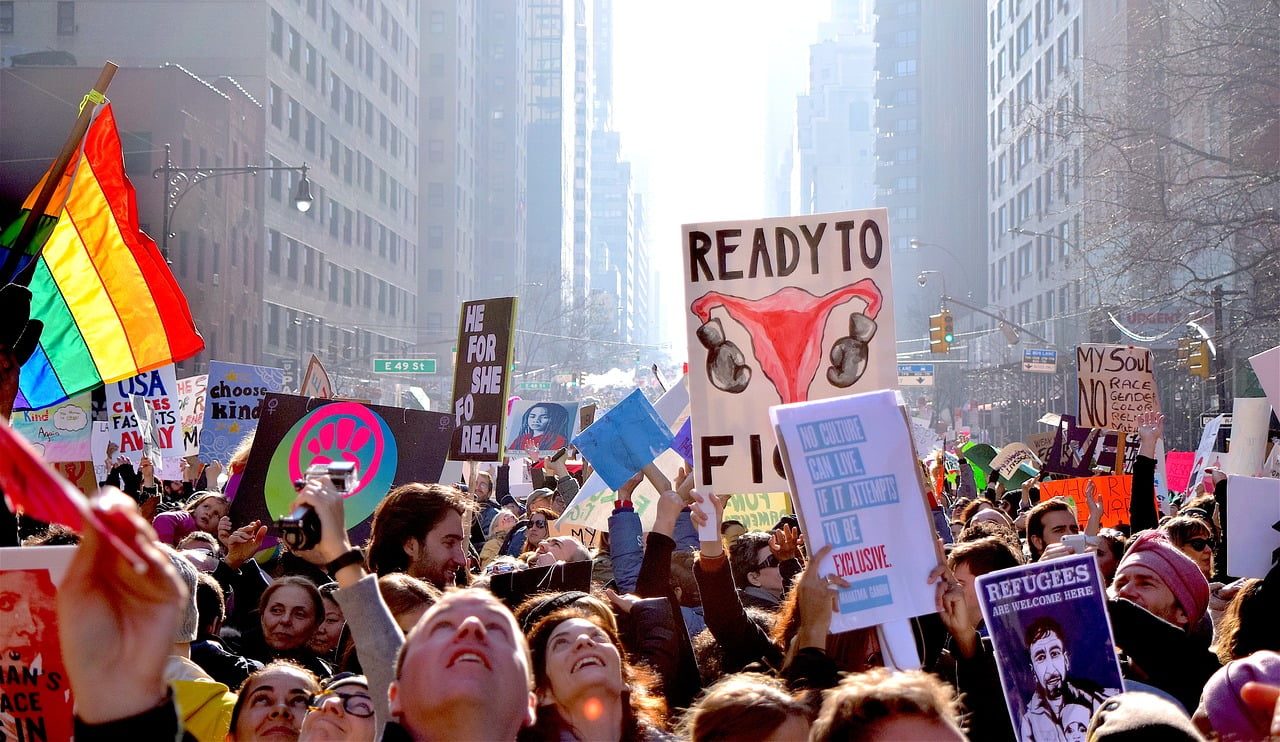 The US Supreme Court has voted to uphold a new Texas state law that drastically limits access to legal abortions. This scandalous attack on reproductive rights must be met with working-class resistance in defence of fundamental democratic freedoms, which are under threat from the rotten US capitalist system.

Despite the fact that a majority of Americans have believed for decades that abortion should be legal in most cases, the “democratic” Texas state government has once again attacked the reproductive rights of a majority of the population.

The latest in a string of anti-abortion laws in Texas bans the practice once a heartbeat is detectable, when the fetus is approximately six weeks old. Never mind that this is often before the fetus itself is detectable by the pregnant woman. The law also allows vigilante citizens to sue anyone who helps someone get an illegal abortion for up to $10,000. This is not limited to abortion providers, but even to anyone who drives someone to their appointment. Many other states are poised to pass similar laws. Unsurprisingly, the US Supreme Court voted 5-4 to allow this law to stand.

To make matters even worse, in a country where 43.6% of women are victims of some form of “contact sexual violence” during their lifetime, and only 50 out of every 1,000 sexual assaults lead to an arrest, the law makes no exception for cases of rape or incest. In such instances, 80% of Americans believe abortion should be legal, and even a majority (62%) of Americans who identify as “pro-life” agree with this as well.

Why are so many capitalist politicians so interested in blocking abortion access for the working class? After all, they are happy to support abortion for their mistresses and for personal profit. As always, political expediency trumps the health and wellbeing of the majority. Before the 1970s, conservative politicians could reliably lean on the racism of their white Evangelical voter base by openly supporting segregation. After the Civil Rights movement weakened this position, the politicians needed a new way to rope in these voters. As we have explained in detail elsewhere, they chose to latch onto anti-abortion politics in the 1970s. 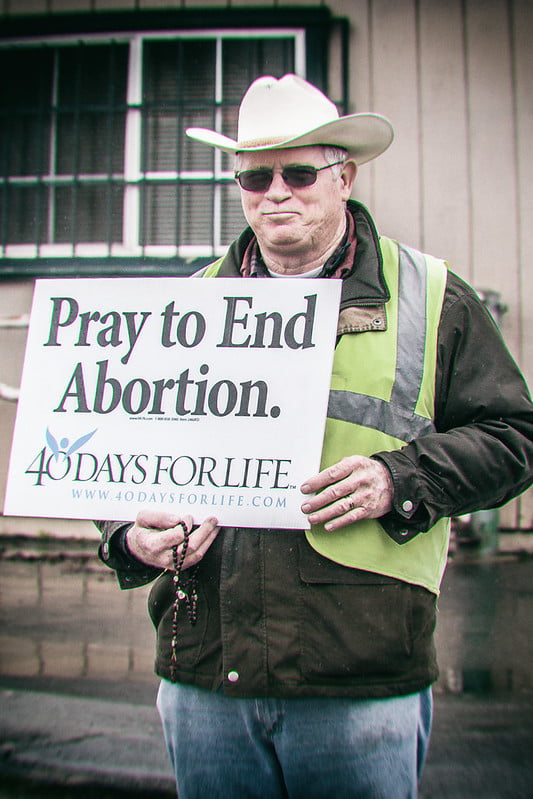 When conservatives were no longer able to lean on the racism of their white Evangelical voter base by supporting segregation in the 1970s, they chose to latch onto anti-abortion politics / Image: Thomas Hawk, Flickr

To be sure, liberal capitalists and politicians shed plenty of crocodile tears for women workers. But what do they actually have to offer us? It’s noteworthy that Biden has called this law “an unprecedented assault on a woman’s constitutional rights under Roe v. Wade.” But back in 1973, when the case was being argued, he said he did not believe that “a woman has the sole right to say what should happen to her body.” Today, he calls the Texas law “extreme” for forcing victims of rape and incest to carry their pregancies to term. Yet in 1977 he used his political weight to block federal funding of abortions specifically for cases of rape and incest.

Biden’s actions speak louder than his words. His voting record includes: a “yes” for the Hyde Amendment (to limit Medicaid funding for abortion); a “yes” for the Hatch Amendment (an attempt to overturn Roe v. Wade); a “yes” for an amendment by Jesse Helms that would block federal funding for abortion research; and five “no” votes to allow federal funding for federal employees’ abortions. He even has an anti-choice amendment named after him. The “Biden Amendment” to the Foreign Assistance Act still stops any foreign US aid from being used for abortion-related medical research. Perhaps Biden’s Gender Policy Council should focus on undoing his own assault on women’s rights.

Melissa Upreti, the chair of the UN’s working group on discrimination against women and girls, says the Texas law “is profoundly discriminatory and violates a number of rights guaranteed under international law.” We ask: who exactly “guarantees” these rights—the capitalists? The governments that exist to serve and protect their interests and property? In the final analysis, no capitalist government can “guarantee” workers’ rights—since workers and capitalists have diametrically opposed interests.

When cuts must be made—and they must eventually always be made, because capitalism regularly and inevitably lapses into crises of overproduction—workers’ rights and quality of life are the first to go to the chopping block. There is no “friendly” capitalism for the people that it exploits. Since the UN exists to ensure capitalism survives globally, the only guarantee Upreti and her colleagues can make to working women is our continued—and worsening—oppression. 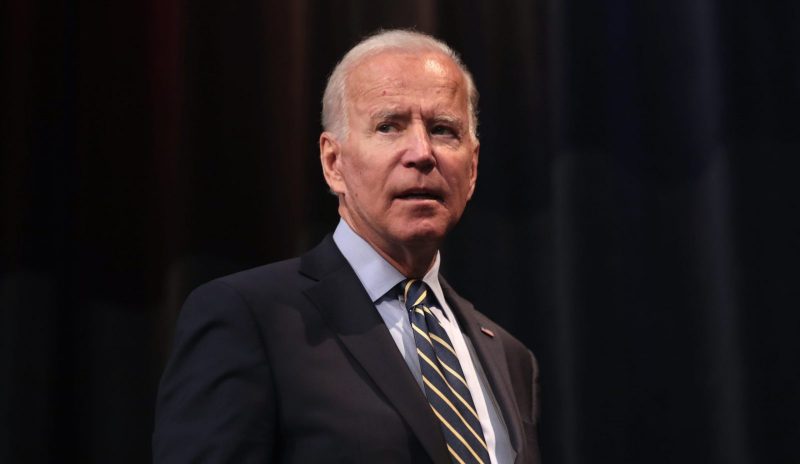 Despite Biden’s crocodile tears for women workers in Texas, he has a track record of voting for laws that block federal funding for abortion, and he even has an anti-choice amendment named after him / Image: Gage Skidmore, Flickr

Ironically, within the ruling class, the predatory rideshare companies Uber and Lyft have put up the strongest fight against this law. Since citizens may now sue anyone who drives people to their abortion appointments, these companies have promised to pay legal fees for any of their drivers who get into trouble, since drivers cannot control what their passengers do. Of course, none of this does anything to help those who actually need an abortion; it doesn’t expand abortion access or prevent clinics from closing. Meanwhile, the drivers themselves are ineligible for employer-sponsored health insurance outside of the state of California, let alone assistance for reproductive care. Lyft at least pointed its drivers somewhere it can get health insurance—the federal government’s Affordable Care Act.

Attacks on reproductive rights not only harm those of us with uteruses, they harm the entire working class. For women who rely on wages to survive—the vast majority of us—an unplanned pregnancy can plunge us deep into poverty or homelessness. Not everyone has health insurance and not all plans cover abortion. For example, in the US, it costs an average of $10,808 to just give birth to a child in a hospital, even when there are no complications. If we include pre- and post-natal care, that number balloons to $30,000.

And yet, Americans of typical childbearing age (under 35) have a median bank account balance of just $3,240. For Black Americans, that number is $1,150, and for Latinos it’s $1,950. In other words, a pregnancy carried to term can send millions of Americans into lifelong medical debt, even when the pregnancy is wanted. To get an abortion out of state, those seeking the procedure must travel an average of 496 miles round trip. When days of lost work and the cost of room and board are included—as there is often a waiting period of up to 72 hours—the financial burden can be too much to bear.

The fact is, financial emergencies are not isolated to individual women; when we go into crisis, the men and boys in our lives often go down with us. After all, when we are forced to give birth, there is a near-even chance the child will be male. Currently, 13 million children in America do not get enough food to eat. Roughly half of these kids are boys, and they are certainly not helped by their alleged “male privilege.” 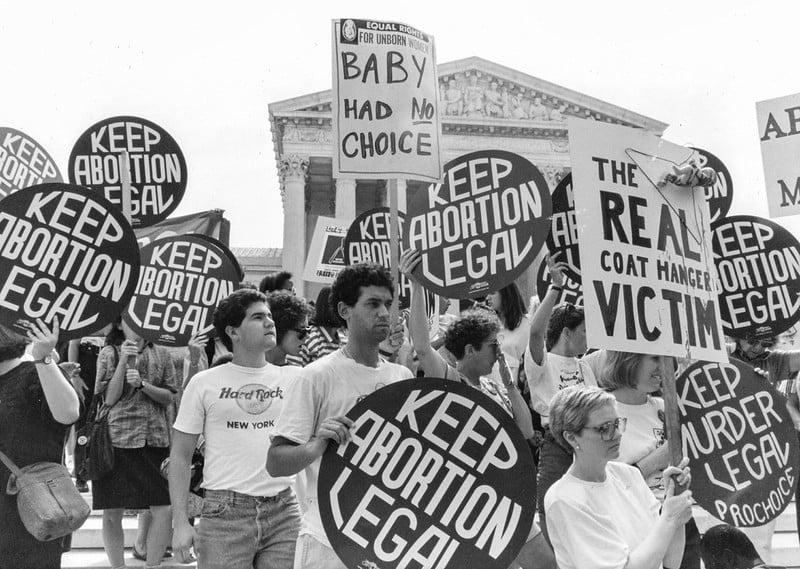 The entire working class has an undeniable material interest in fighting for full reproductive rights, up to and including abortion, as part of a socialized health care system operated under workers’ democratic control / Image: Lori Shaull

This is just one reason the entire working class has an undeniable, material interest in fighting for full reproductive rights, up to and including abortion, as part of a socialized, universally accessible health care system, free at the point of service and operated under workers’ democratic control.

As we’ve seen, a majority of Americans support the right to abortion. But as with so many other issues, the will of the majority means nothing in a system that offers democracy only to the rich. So when it comes to solving workers’ problems, we should have no illusions that a capitalist government can offer a solution. Nor should we seek salvation from corporations whose existence depends on extracting the lifeblood of the working class. Only a workers’ government can faithfully represent the class interests of the majority.

In this context, it’s worth remembering that the revolutionary workers’ state established in the October Revolution was the first government in the world to fully legalize abortion over 100 years ago—in “backwards” Russia. Can this amazing achievement happen again? We have every reason to believe so. Help us work toward the building of a mass working-class socialist party! The first step is to join the IMT and organize for revolution in our lifetime.