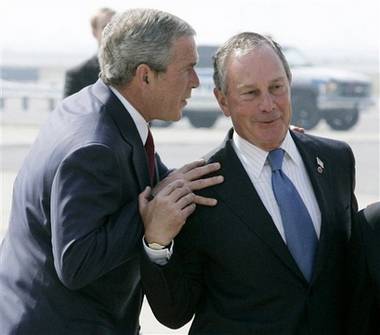 Off-year elections were held in a number of places around the country on November 3, 2009. We are publishing here a balance sheet by a comrade of Socialist Appeal in the USA.

Off-year elections were held in a number of places around the country on November 3, 2009. In NJ [New Jersey] and Virginia, the incumbent party, the Democrats, were thrown out of the governorship. In NYC [New York City], Republican incumbent Mayor Bloomberg was reelected by 51% to 46%, even though he spent about 14 times the amount of the Democratic opponent! People are angry with the austerity being implemented by state and local governments. Also, both deposed NJ governor Corzine and Bloomberg are seen as rich Wall Street types, and that is not very popular at this time.

Also, in the 23rd congressional district in upstate New York, the Democrats took a seat in a special election, even though it had been a solidly Republican district since the Civil War. Many right-wingers, such as Sarah Palin, had tried to capture this seat for the Conservative Party candidate, since the official Republican candidate was seen as being “too liberal.” Their support for the Conservative Party candidate forced the Republican to drop out. The result? The more “liberal” Democrat was elected.

Capitalist politics has been moving to the right since the 1970s, when the post-war boom came to an end. The capitalists system is in decline and they will make the workers and the middle class pay dearly for this crisis. Therefore, the capitalists are not willing or able to give any reforms. When the system was booming, they would give a few crumbs from their table to maintain social peace. But the system no longer allows this.

However, while the system pushes the ruling class to the right, there is also much anger in the working class. This anger is expressed in an often confused and distorted fashion, since there is no mass party of the working class in this country. For example, the Republican right-wing advertises itself as “anti-establishment,” even though they are bought and paid for by big business! They have also tried to rally opposition to changes in health care by claiming to defend Medicare. They run ads opposing Obama's health care plan (which is a million miles from socialized health care), explaining that it will cost precious jobs that they dearly want to defend!

This shows that the right-wing knows the mood of the masses is not for cuts in social programs. However, this is precisely what the Democrats and Republicans, liberals and conservatives alike must do. They must institute counter-reforms, deepening cuts in the few social programs that exist, because this is what crisis-ridden American capitalism demands. As the federal budget deficit skyrockets, they must at some point raise taxes and cut social programs to deal with it. 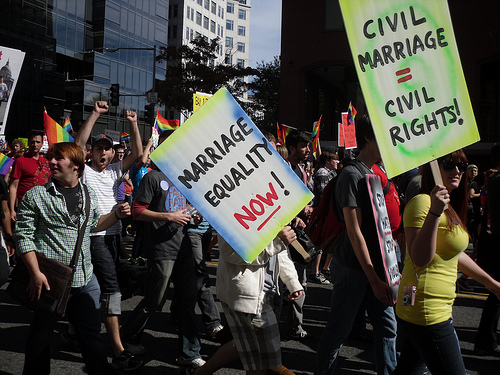 Demonstration in Maine In Maine, a referendum repealing marriage equality for gay men and lesbians has passed. This is another strategy of the ruling class: divide and rule. As the crisis continues to unfold, their goal is to divide the working class and get people to fight against each other, rather than unite against big business.

In Ohio, the building of four Casinos has been approved, on the promise of modest job creation in a state with 11% unemployment. This is the “solution” the rich offer: to gamble away your earnings in the desperate hope you might hit the jackpot!

At some stage, the present crisis will be reflected in a sharp debate in the labor movement. Those labor leaders who said trust the Democrats will be challenged by the membership. Workers will see that we need a political alternative to fight both the Republicans, who are the open enemy of the working class, and the Democrats, who claim to be friends but are every bit as controlled by big business. As this debate unfolds, the possibility to establish a mass labor party will become a reality. With the anger that exists among workers in youth, is there any doubt that such a party would do very well politically, even though it would be ruthlessly defamed by the politicians and the media? In these latest elections, turnout was dismally low as workers see no real alternative but “the other guy.” Offered a mass workers' alternative, currently “apathetic” workers and youth will come out in large numbers to organize and vote for such a party. Workers and youth who are looking to change this system should join with the WIL to fight for this perspective, to help bring real change in the interests of the vast majority, not the few super rich.