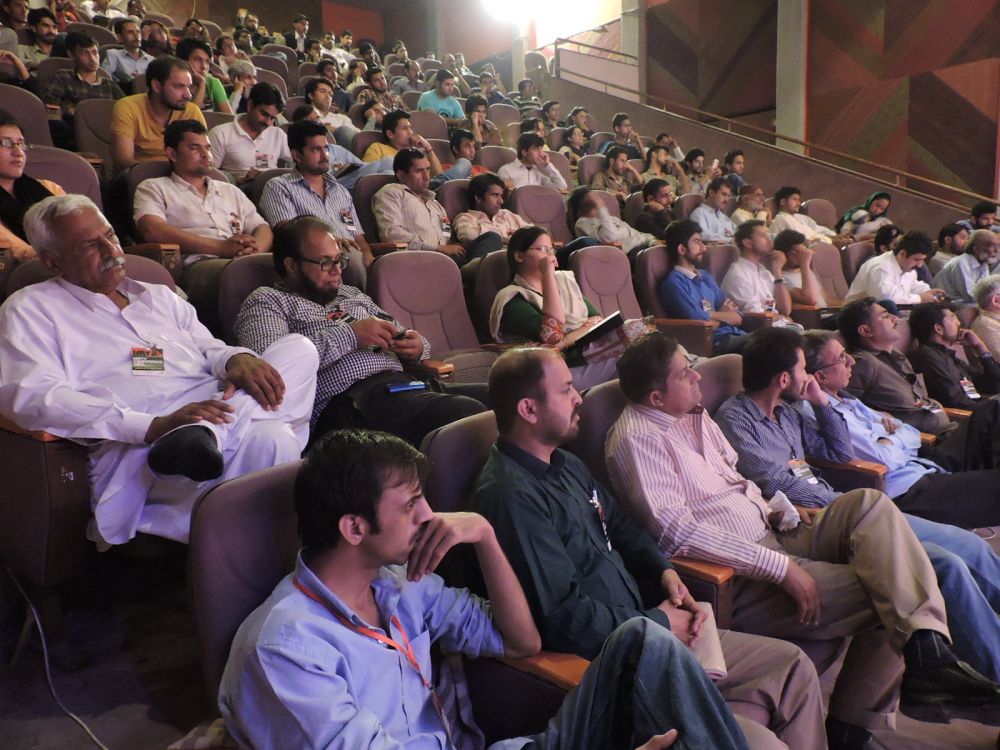 “The mood was electric. People were listening so attentively you could hear a pin drop. They were listening not only with their ears but with their heart and soul”. These words by one of the delegates at the Unity Conference express very well the mood of this important meeting, which marks a new beginning for the forces of Marxist Internationalism in Pakistan.

The Unity Conference was called by those comrades in the Pakistan Section who support the resolution on unity that was unanimously passed by the February meeting of the International Executive Committee (IEC). It was necessary to convene such a meeting because a section of the Pakistan leadership was actively boycotting the decisions of the International, even to the point of cancelling the Annual Congress of the Section to prevent discussion. 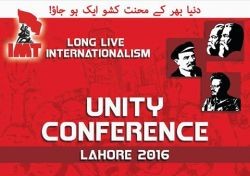 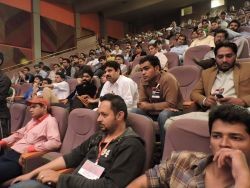 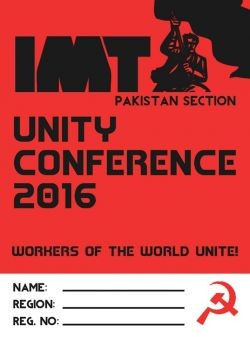 The Conference was convened at extremely short notice – just over one week in fact. Despite this, and other difficulties, it is turning out to be a remarkable success. On the first day there were a total of 129 comrades present. A delegation from Balochistan has been held up by adverse weather conditions but will arrive tonight and more people are expected to arrive tomorrow. 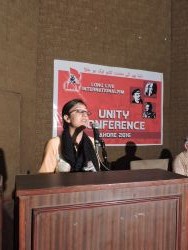 The most striking thing about the composition is its youthfulness. Most of those present are active and energetic young comrades, although there were also a fair number of older veterans who were also enthused. The first session was chaired by a female comrade, Anum Pitafi who is the organizer of the women work for the Pakistan Section. The opening remarks were made by Comrade Aftab Ashraf from Lahore Region who explained the reason why the conference had been called. He also read out a long list of solidarity messages from many sections of the IMT, including Britain, Italy, Denmark, Sweden, Austria, Canada, Morocco, Mexico, South Africa and others. 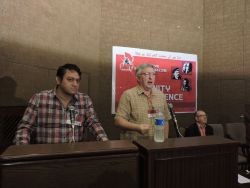 The first session on World Perspectives was introduced by Comrade Alan Woods of the International Secretariat of the IMT. It was an amazing summary of the world situation, including the reasons of the economic crisis of the capitalism, the crisis of the Middle East and the development of mass left currents in Europe and the USA. “Socialism is international or nothing” Alan said. “Nationalism and Internationalism are mutually contradictory, as explained in the founding document of our movement, The Communist Manifesto”. Alan explained that capitalism is passing through its deepest crisis in 200 years. The year 2016 opened with sharp falls on the stock markets, indicating the extreme nervousness of the capitalist class. The capitalists are fearful of the new crisis which may manifest itself before the end of the year as they have no weapons left to counter it.

Alan went on to denounce the crimes of imperialism in the Middle East and the inhuman treatment of the refugees by the so called humanitarian European bourgeoisie. He quoted Lenin’s words..”Capitalism is horror without end”.

In his final remarks Alan repeated the words of Karl Marx that the choice before humanity is socialism or barbarism. This speech was greeted by everyone present with tremendous enthusiasm and applause with shouts of Inqilab! Inqilab! Socialist inqialb! (Revolution! Revolution! Socialist Revolution!). 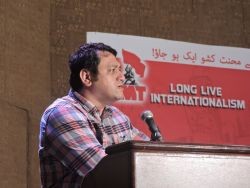 After lunch, the second session started and Adam Pal led off on Tactics and Tasks of Pakistan Section. In a very passionate speech, he dealt with the importance of youth, trade union and women work. He also sharply criticized the opportunist deviation that had existed in the past in relation to the PPP which has caused serious difficulties for the Pakistan Section. After his speech, which was very well received, there was a series of excellent interventions by comrades Mahbloos (Multan), Khalid Jamali (Dadu), Umer (Islamabad), Yasir (Kashmir), Akhtar Munir (Faislabad), Shahajahan (Wah), Rob Sewell (International Secretariat) and Paras Jan (Karachi). 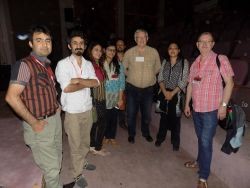 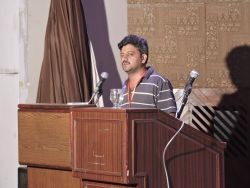 Comrade Paras JanThis discussion had a completely different character to those we had grown used to in previous congresses of the Pakistan Section, for the first time the authentic voices of the rank and file activists could be heard. Whereas previous debates were stage managed and had an extremely artificial character, now comrades expressed their opinions freely and forcefully. This made a powerful impression on all present. 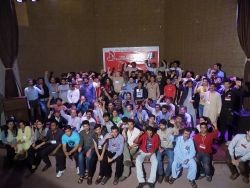 To sum up, the first day of this historic conference shows tremendous promise for the future of the IMT in Pakistan.

The days’ proceedings were followed by commissions on trade union work, youth work and work among women. The conference will resume its deliberations tomorrow. 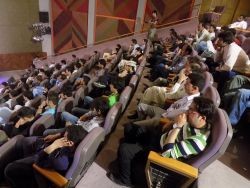 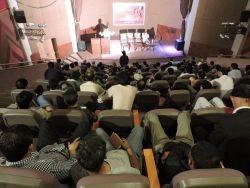 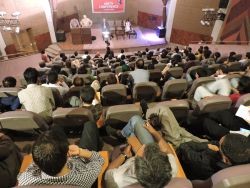 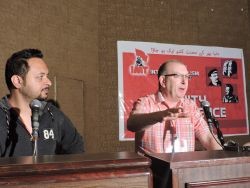 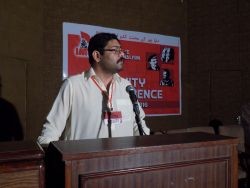 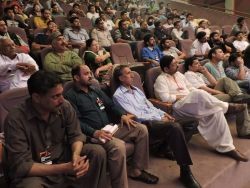 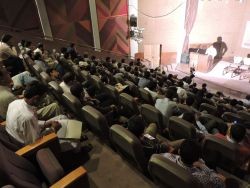