David May looks at the latest in a long string of corporate scandals. The ties between big business and the government are closer than ever - and this is not an aberration of capitalism - but its heart and soul!

The myth of an American military mission to build a democracy and liberate an oppressed people has been shattered to pieces. The photographs from Abu Ghraib depict scenes of physical brutality, sadist sexual abuse, and monstrous acts by American soldiers. The Bush administration and the military command in Iraq continue to deny knowledge and involvement, even while a flood of information from eyewitnesses provides proof to the contrary. However, the calls demanding justice from a domestic or international court are misleading; history shows us that only the working-class can end the war and bring the guilty to justice.

A new WIL flyer. John Kerry is the Democrat's new poster boy. But what have he and his party done for working people? We need a real alternative - a mass party of labor based on the unions! Download it as a PDF file.

Former US president Ronald Reagan passed away on June 5. The state funeral, which was little more than a crude exercise in propaganda on the part of the Bush administration, was held the following weekend. The historical revision at the ceremony was astonishing. The working class of the United States and the world must know and understand the real legacy and meaning of the Reagan years in order to understand the lessons of the past and lead the struggle against capitalism and imperialism today.

Supporters of John Kerry and the Democratic party continue to call for "anybody but Bush" in 2004, while the majority of Americans are ready to resign themselves to accepting a "lesser evil" for president. Yet, Kerry's platform is set to be "more Bush than Bush"; and his intentions for dealing with the biggest issues facing Americans are "just as evil" as the methods of GW! John Peterson examines the three most important subjects of American foreign policy, and exposes the merging of Bush and Kerry's positions on them. 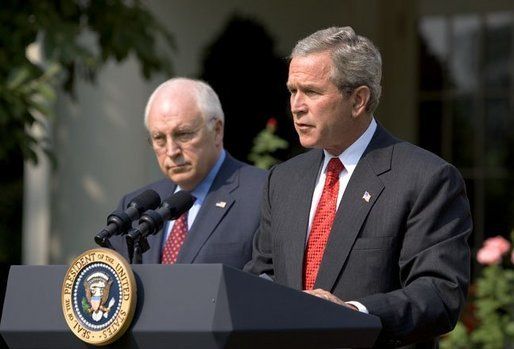 As this document was drafted in April of 2004, many of the specific facts and figures have changed. However, the fundamental processes and trends remain accurate to this day, and many of the predictions are already coming to pass. The economic recovery has still not conclusively taken off or slipped back into recession, but the factors that allowed some breathing room for the economy are rapidly disappearing. The effects of Alan Greenspan’s recent interest rate rise - in an effort to counter inflation - cannot yet be predicted. With energy prices cutting into consumer spending, the industrial sector is once again shedding jobs, and the economy is producing less than the bare 150,000 jobs required just to keep up with the growing workforce. The world is as unstable as ever, with the farce of Iraq’s “freedom” a tragic joke on millions of Iraqis and the over-stretched US troops sent there to die in the heat and sand. The presidential election is polarizing America like never before, with Michael Moore’s Fahrenheit 9/11 waking up millions to further political awareness. Kerry’s choice of John Edwards as his running mate is a surprise to no one, and millions of voters are once again faced with no real choice in the election.