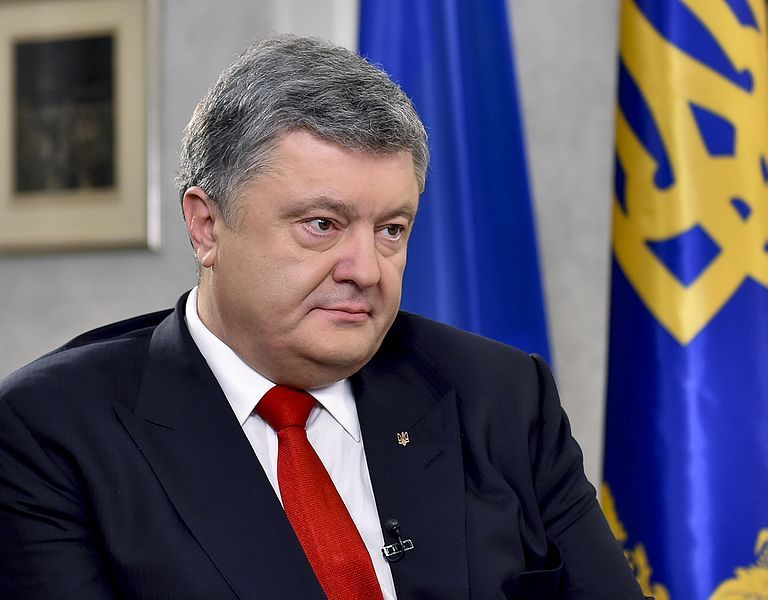 The situation in Ukraine four years after the Euromaidan overthrow of the Yanukovitch government could not be worse from the point of view of the masses. Brutal, IMF-inspired cuts in social spending, curtailment of freedom of expression and widespread corruption dominate the scene. So bad is the situation that even Western imperialists have started to openly voice criticism of the Poroshenko regime, which they backed and helped to install.

Dismantling of the healthcare system

Every year since the Euromaidan overthrow, the Ukrainian workers and pensioners have faced a worsening economic situation and massive austerity cuts from the government. This year, it is the healthcare system that has come under attack from the new Minister of Health, Ulana Suprun: a US-born doctor. Backed by the EU and the IMF, the ‘reforms’ come under the transparent guise of ‘modernisation’, and include the closure of many more rural hospitals and the introduction of fees for medications. This will force many patients to travel farther for healthcare and pay high prices for medications that used to be free. The measures will mainly hit pensioners and those too sick to work, who have difficulty travelling as it is. These are the kinds of counter-reforms right-wing politicians all over the world dream of. 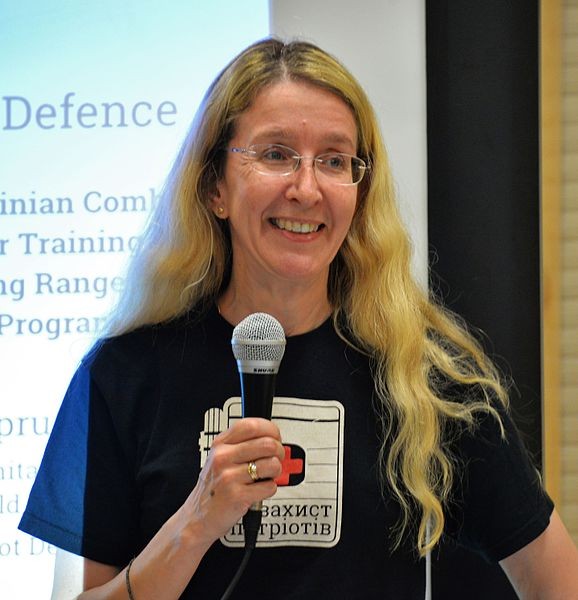 Even Poroshenko Bloc MP, Olha Bogomolets, who is the Parliament Chairwoman for Health Issues, used the word ‘genocide’ when describing the potential consequences of the reforms, further stating:

“After a long campaign that included black PR, bullying and outright lies, lobbyists still managed to push through this shameful law, which deprives millions of socially vulnerable people of the opportunity to be treated, the ability to survive.”

Given how hard the country’s aging population has been hit by pension reforms, these counter-reforms will literally shorten the lifespan of hundreds of thousands of poor retirees.

Right-wing nationalism permeates throughout the media. The role of the Ukrainian army in the civil war in Donbas is beyond criticism, and the role of the fascist battalions is beyond question. Any problems that do arise, such as looting or assault perpetrated by these groups, is immediately attributed to discreditation operations by the Russian secret service, and allusions to direct oversight by Vladimir Putin. The oligarch-owned media channels compete with each other to see who portrays the news in a more patriotic way.

A war has been waged on any kind of political opposition. Thousands sit in Ukrainian jails for crimes as small as social media posts critical of the government. At first, political repression targeted mainly leftists and people sympathetic to the Donbas rebellion. Many were imprisoned, some were assassinated, and many were forced into exile overseas. Then, any government critics became targets. A government-sponsored website lists the personal addresses of people critical of the government and has directly led to the murder of opposition journalist Oleh Buzina outside his apartment by a fascist in 2015.

Western Ukrainian journalist Ruslan Kotsaba gained some international attention when he was sentenced to two years in prison after calling on Ukrainians to be drafted into the civil war to refuse. Since being freed, he has been an outspoken opposition voice and has now come under threat of arrest again from some government officials. He was recently assaulted in the street by right-wing thugs, an act that was publically applauded many of the pro-government journalists. Just as in the journalistic field, patriotism is becoming a condition for government employment, with many losing their jobs after being reported as being critical of the government, often by co-workers. 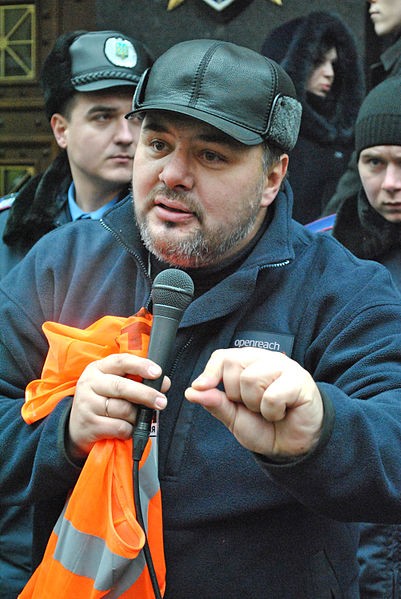 The same is happening with entire publications and television channels. At first left-wing journalistic sources were shut down, followed by those based in Russia. Then, it came the turn of any publications critical of the government, and now, any publication or channel not seen to be as patriotic as the government line is a target for repression. Recently, a popular and staunchly pro-government talk show hosted by Savik Shuster was cancelled when he was deemed as not being patriotic enough by some key people in the government. Various media campaigns are being launched by stations and publications against those owned by rival oligarchs, often implying their rivals are guilty of sedition.

The repression has extended to social media. In May last year, the Russian social media platforms ‘vKontakte’ and Odnoklassniki as well as the Yandex search engine were banned by presidential decree. These are equivalent to Facebook and Google for the post-Soviet countries.

Rumblings in the Euromaidan coalition

Naturally, the rivalry in the media sphere is only a reflection of the conflicts between the different oligarch clans. After the events of Euromaidan, Crimea and the civil war in the Donbas, much of the Ukrainian oligarchy was more-or-less united around Poroshenko. Even those whose holdings were based in the Donbas region, such as Rinat Akhmetov. This situation was tenable only so far as the Ukrainian regime could maintain a semblance of legitimacy and popularity among a section of the Ukrainian masses. 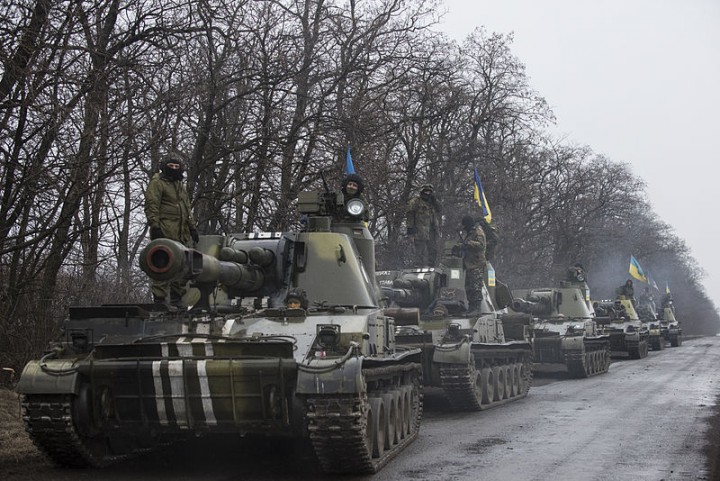 It is true that a significant part of the Ukrainian population is taken with right-wing nationalism present in the media and from the fervour around the annexation of Crimea and the civil war. It has also become very career-friendly to express such views. Repressive measures have ensured that many people who would offer resistance are too afraid to make a stand.

Nevertheless, a poll in October showed that only 24.8 percent trust Poroshenko, while 68.2 percent do not. A more recent poll showed that 80 percent thought that the regime’s campaign against corruption was unsuccessful with 60 percent finding it disastrous. The approval ratings for Poroshenko and his regime have remained below 20 percent for more than the past calendar year with a clear majority finding that their situation has gotten worse since his presidency.

The image of billionaire Poroshenko has worsened even more with the recent revelations of his offshore fortune in the Panama Papers, as well as other corrupt uses of his government power for personal profit by himself and close associates. Various members of his administration and MPs are caught up in scandal after scandal over corrupt dealings and practices.

The EU and US backed the setting up of a National Anti-Corruption Bureau (NABU) in 2015, to convict government representatives of corruption outside of traditional state courts. It has been mocked by those the bureau has come after, including Ukraine’s General Prosecutor Yuri Lutsenko. In fact, several NABU agents have been arrested in recent months.

A number of sacrificial lambs have been offered by the regime as excuses for their own failures. The latest is Poroshenko’s old university classmate and former president of Georgia, Mikhail Saakashvilli, who was appointed by Poroshenko to govern the Odessa region in 2015. He was temporarily placed under arrest last December. Saakashvilli is a darling of the IMF and some in the West, who supported him in dismantling the post-Soviet welfare state and NATO realignment in Georgia, and his treatment did not sit well with some.

Various divides are being reflected in open hostility between the main Poroshenko camp and those headed by other oligarchs, most notably Igor Kolomoiski, who controls a good deal of capital in the Dnipro region and funds a number of the paramilitary battalions. His battalions regularly have had open hostilities with state forces and battalions loyal to rival oligarch fractions. Other fractions such as those around Tymoshenko or elements of the former Party of Regions of Vikto Yanukovich, are biding their time until the scheduled 2019 elections as the regime unravels.

Given their conduct, the Poroshenko regime’s legitimacy among the populace rests heavily on their support from respected international backers in the EU, US and Canada. As part of the proxy war with Russia in Donbas, they have provided and sold the Ukrainian army tens of millions of dollars’ worth of military equipment and provided instructors and intelligence. Despite indications to the contrary, Trump has doubled down by recently approving the sale of anti-tank weapons to Ukraine. So has the Canadian government, where Foreign Minister Chrystia Freeland is a prominent member of the right-wing of the Ukrainian diaspora community, which functions in many way similarly to the right-wing Israel lobby. 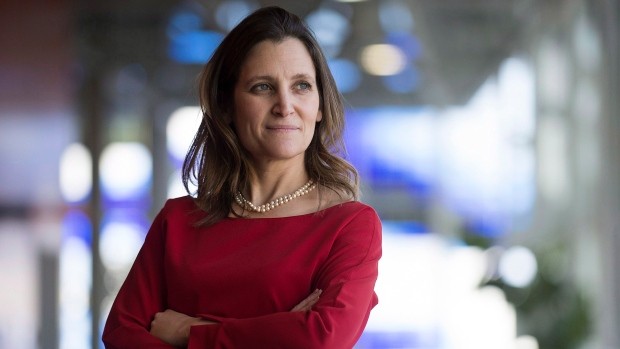 There have been some clear benefits for the Western imperialist powers from the state of affairs in Ukraine. There has been a boom in weapons sales to the Ukrainian military. Of course NATO has used Ukraine as a way of putting pressure on Russia. This year, Ukraine has paid $270m more back to the IMF than it has received from it.

However, the treatment of the Western-backed Saakashvilli and the NABU have inspired less confidence. The US state department recently issued a statement condemning "the disruption of a high-level corruption investigation, the arrest of officials from the National Anti-Corruption Bureau of Ukraine, and the seizure of sensitive NABU files." Influential right-wing economist Andreas Aslund recently tweeted:

"President Poroshenko appears to have abandoned the fight against corruption, any ambition for economic growth, EU or IMF funding."

It is not so much that US or EU foreign policy cares about removing corruption in Ukraine. In fact, many of these officials have directly benefited from this corruption by accepting speaking and consulting fees from various oligarchs. However, anti-corruption bureaus like these are a popular way for Western imperialism to maintain control of officials in client states, and what they have got from the Poroshenko administration lately is open defiance of these mechanisms. 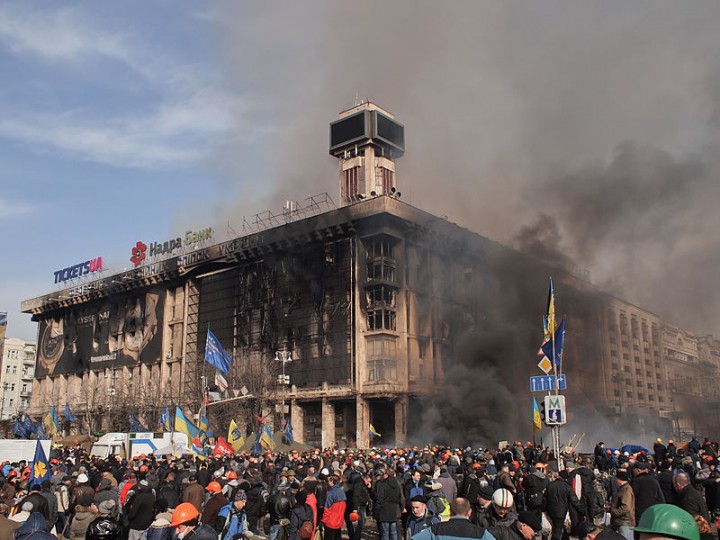 The Euromaidan movement claimed to be about bringing democracy and freedom, an end to corruption and economic progress through entry in the EU. Those claims have proven to be completely false. If anything, the current regime is more corrupt and repressive than the previous one and the economic situation is certainly much worse. One gang of oligarchs has been replaced by another and now the thieves are falling out with each other over the division of the loot.

The only way forward for the Ukrainian masses is through the class struggle against the oligarchy and imperialism as a whole in the ex-USSR, to create a regime that prioritises the interests of the majority.