Details
Solidarity with the Antifascist Resistance in Ukraine
19 June 2015 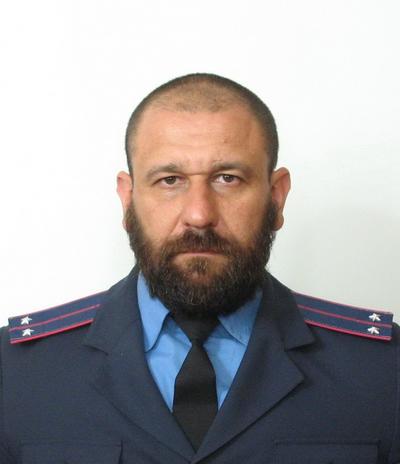 Ruslan Onyshchenko, the commander of the Tornado Volunteer Battalion of the Ukrainian Ministry of Interior and seven of his men were arrested on June 17 accused of rape and torture. In turn, the men accused the Luhansk Oblast police chief Anatoly Naumenko (an authority in the Kiev controlled part of Luhansk) of running a protection racket for smuggling cast iron from rebel occupied territory and said that the arrest is linked to those accusations. This case gives a glimpse into the brutal methods used by the volunteer battalions, composed of far right thugs and criminal elements, as well as the corruption of officials at all levels.

The “Tornado” Battalion, based in Lysychansk, Luhansk, was set up originally in June 2014 under the name of Shakhtarsk (the name of a city in Donetsk) and was made up of criminal elements from the region, former convicts, according to the Kyiv Post, which at the time was glorifying these “patriots”. Some members of the fascist Right Sector and Spilna Sprava (Common Cause) also joined. For a period of time the battalion was linked to far right Oleg Lyashko, of the Radical Party. In October 2014 the battalion was disbanded as accusations of looting against the local population in Volnovakha and other places. However, the battalion was quickly reformed under the new name of Tornado. The Battalion, like the other volunteer units fighting Kiev’s “anti-terrorist operation” in the Donbass, is under the authority of the Ministry of Internal Affairs.

Now the commander of the unit and seven of its members have been accused of rape and torture. “The members of this criminal organization based on company officers, found a place in the basement of Lysychansk secondary school in the town of Privolye. … they adapted it to commit acts of violence: beatings, torture, bodily injury to people who were arrested illegally and illegally detained in these premises ” said the Deputy Attorney General Anatoly Matios. 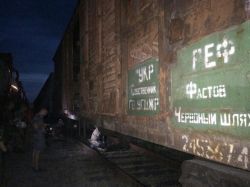 However, the men of the Tornado Battalion have reacted by saying that the charges against them are motivated by the fact that they uncovered the illegal activities of the Luhansk Oblast police chief Anatoly Naumenko, whom they accuse of of running a protection racket for smuggling cast iron from the Luhansk Peoples’ Republic. A soldier of the battalion, Batyashov spoke to the Kyiv Post and “attributed the arrests to Tornado fighters stopping what they say is a train transporting 20 railroad cars with smuggled cast iron worth Hr 17 million from the city of Alchevsk in territory occupied by Russian-backed separatists to Dnipropetrovsk Oblast on June 16″. Interior Ministry Arsene Avakov has decreed, on June 18, the disbandment of the Battalion and the dismissal of all its members. They are holding up in the Lysychansk base and refuse to allow the riot police in. Incidents like this, in which different gangs of gangsters fight for power and influence over different illegal businesses, offer a glimpse into the real character of the state apparatus in Ukraine. The boundaries between fascist gangs, criminal elements and corrupt officials simply do not exist.