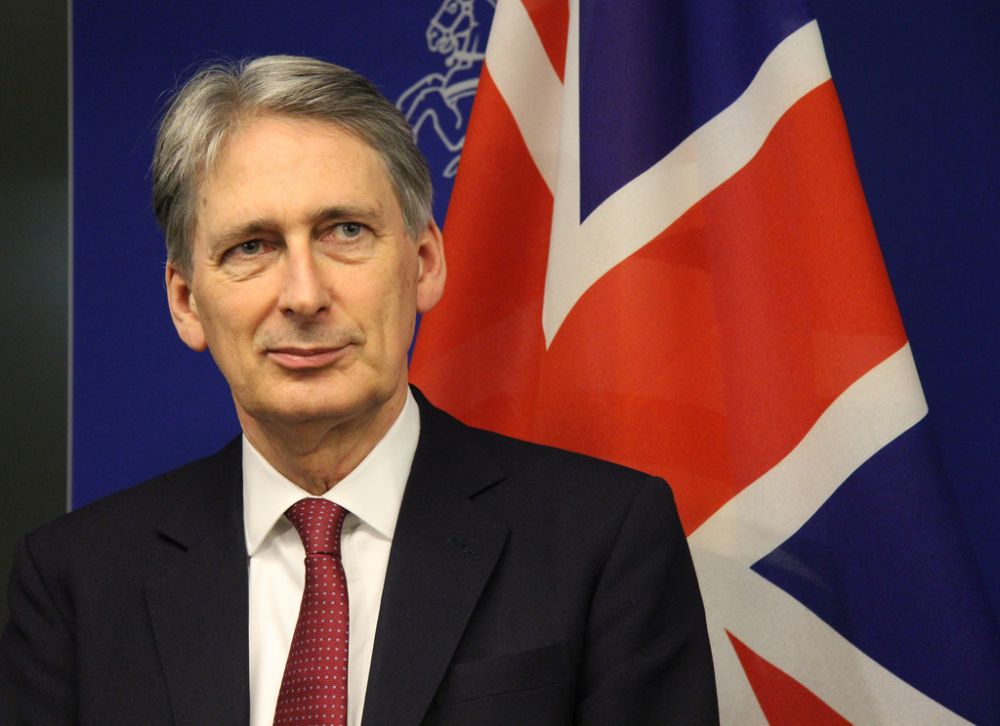 The lack of any major announcements in this year’s budget, delivered on 22 November by the chancellor, Philip Hammond, reflects the insoluble web of contradictions that now entangles the Tory government.

10 years on from the onset of the financial crisis, the British (and global) economy remains stuck in a quagmire. Despite seven years of austerity, the Tories will still be recording a deficit by the end of their current electoral term - if they make it that far - due to continuingly anaemic economic growth. Indeed, the primary headline of the chancellor’s budget was his humiliating admission that the Office for budget Responsibility had cut projected growth rates for future years.

At the same time, productivity growth and business investment remain stagnant, with Hammond conceding that official forecasts for both figures had also been revised downwards. The real-wage decline seen over the last decade, meanwhile, has not been matched since the time of the Napoleonic wars.

Added to this is the devastating prospective economic impact of Brexit, which threatens to smash all previously made plans to pieces. The Tory chancellor attempted to appear in control of this car crash by announcing his intention to set aside £3bn over the next two years for Brexit-related contingencies. But this amount will be small change compared to the loss of exports and investment resulting from the country severing ties with its biggest trading market. 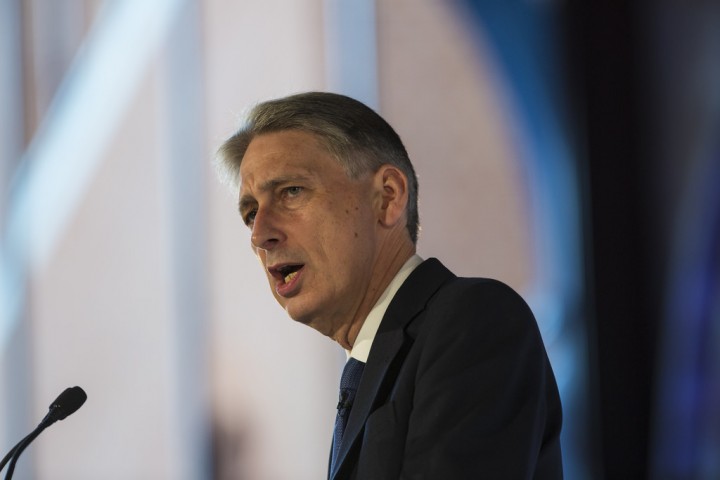 One year ago, Boris Johnson, the leader of Tory Brexiteers, promised that his government would make a “titanic success of Brexit”. Indeed, in the context of this enormous iceberg that lies ahead, any announcements by Hammond were always likely to seem like a case of rearranging the deckchairs on the Titanic.

As if this dire economic situation was not enough, the Tory government faces political crises on all fronts. The humiliating electoral result in June this year has eliminated Theresa May’s majority, forcing her into a restrictive and fragile alliance with the unpredictable DUP. Scandals and sleaze are picking off one cabinet minister after another. Meanwhile, an open civil war is taking place in plain sight between the “softs” and the “hards”. 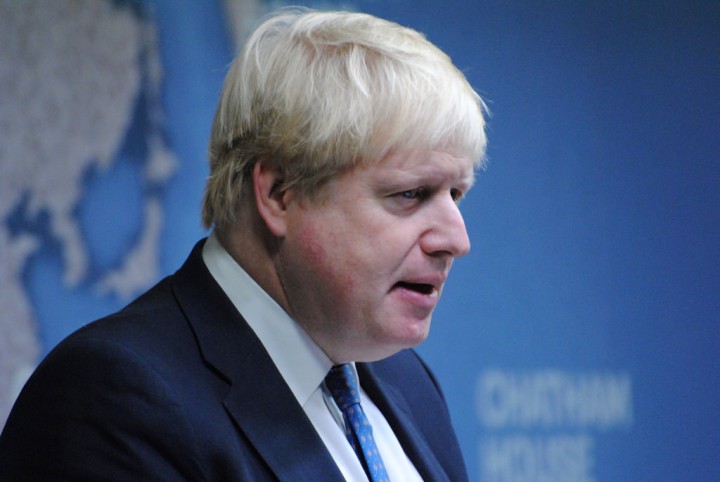 To top this all off, May, Hammond, and the Tories have Labour breathing down their necks. The government is facing increasing pressure from a confident opposition, with the Labour Party and the unions campaigning hard against Universal Credit and the public sector pay freeze (the chancellor was forced to make some small concessions on the former in his budget announcement). As they fight amongst themselves, the Tories will be acutely aware that if their government falls, the next occupant of Number 10 will likely be Jeremy Corbyn.

With these cards stacked against him, the chancellor faced an impossible task in delivering this year’s budget. A post-election budget is supposed to be the time for announcing grand visions and bold steps; the opportunity for a new government to outline what it will do in its five years in office. But with May and Hammond’s residency on Downing Street remaining uncertain from day-to-day, the prospect of confident statements from these Tory leaders is a fantasy. Taking decisive action is difficult, after all, when half of your own team is trying to trip you up.

“Mr Hammond’s team admit the chancellor has felt penned in by worsening growth forecasts, the political constraints imposed by a tiny Commons majority and the willingness of Eurosceptic Tory MPs to seize on any mistake to try to oust him,” the Financial Times wrote ahead of the budget announcements.

“Mr Hammond’s challenge,” Paul Johnson, director of the Institute for Fiscal Studies, stated, “is that we’ve had the worst decade of income, earnings and productivity growth and he remains constrained by the economic and fiscal situation amid a mass of uncertainty caused by Brexit.”

Hammond, therefore, had no breathing space with this budget. The government’s slim majority in parliament means that any big moves that might have upset Tory backbenchers or DUP partners were a no-go. The chancellor had already come under fire for proposals earlier this year to increase taxes on the self-employed. Another forced U-turn could have meant his end.

This budget impasse facing Hammond highlights the instability and weakness of the government. In turn, the Tories’ precarious position reflects the crisis of the whole Establishment and the crisis of their system. Whatever they do is wrong. As the ancient Greek proverb goes: whom the gods wish to destroy, they first make mad.

A few sops were thrown out here and there to provide a distraction from the otherwise ominous picture painted by the chancellor.

“Millennials”, for example, were offered a new “26-30 year olds railcard”, providing discounts on train fares. But many young people on social media were quick to respond by noting that a few quid saved on transport is a drop in the ocean compared to the sums that must be forked out on sky-high rents. “I want guaranteed working hours, proper employment contracts and a minimum wage,” remarked one young tweeter; “I don't want a railcard that isn't even valid on commuter fares.”

Elsewhere, NHS England was promised an extra £2.8bn in funding, whilst additional money will be provided to alleviate winter fuel costs. But, again, these figures are nothing in comparison to the crisis facing the health service and the eye-watering energy prices facing the elderly and the poor.

Indeed, analysis published in advance of the budget by the Institute for Fiscal Studies (IFS) revealed that the NHS is facing its tightest funding squeeze since the 1950s. At the same time, the IFS reported that - as a result of existing austerity pledges - some government departments (such as welfare and justice) will see cumulative cuts of around 40% in the decade of Tory government from 2010 to 2020.

The take home message from this latest budget, therefore, is one of continued austerity and attacks for the majority. No doubt the rich elite will remain immune from this societal deterioration, confidently stashing their billions away in offshore accounts and island-based tax havens.

Corbyn correctly described Hammond’s budget as that of “an out-of-touch government with no idea of the reality of people’s lives and no plan to improve them”. Indeed, the recent delusional statement by the chancellor on the BBC’s Andrew Marr Show that “there are no unemployed people” in Britain is a clear demonstration of the Labour leader’s assertion. 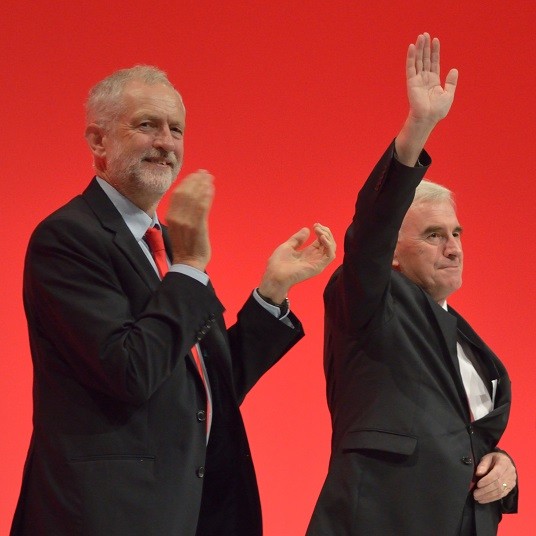 The prime minister’s sidekick also placed great emphasis on attempting to modernise the British economy and boost productivity, with pledges to invest in education, artificial intelligence, research and development, and telecommunication networks.

The result is the productivity crisis that we see today, with millions trapped in super-exploitative, precarious, low-pay jobs - a crisis that reflects the dead end of the capitalist system, which invests and produces only for profit, and not for society’s needs.

It is this crisis that Corbyn and McDonnell must address. But to do so requires bold measures. You cannot cure cancer with an aspirin.

Instead of promising Keynesian policies that seek to reform and regulate capitalism, the Labour leaders should be pledging to abolish this whole rotten set-up. With a rational and democratic plan of production, a socialist Labour government could provide quality homes and public services for all. On the basis of modern technology and automation, meanwhile, the hours of the working week could be slashed overnight (without loss of pay), freeing up ordinary people’s time and providing the possibility for workers and youth to fully participate in political decision making.

Hammond and the Tories have tied themselves in a Gordian Knot in their attempts to maintain the status quo of huge profits for big business whilst simultaneously appeasing the hysterical Hard Brexiteers. Corbyn’s Labour must seize this opportunity to go on the offensive, booting out this Tory government, and cutting through this bind with a bold socialist programme.