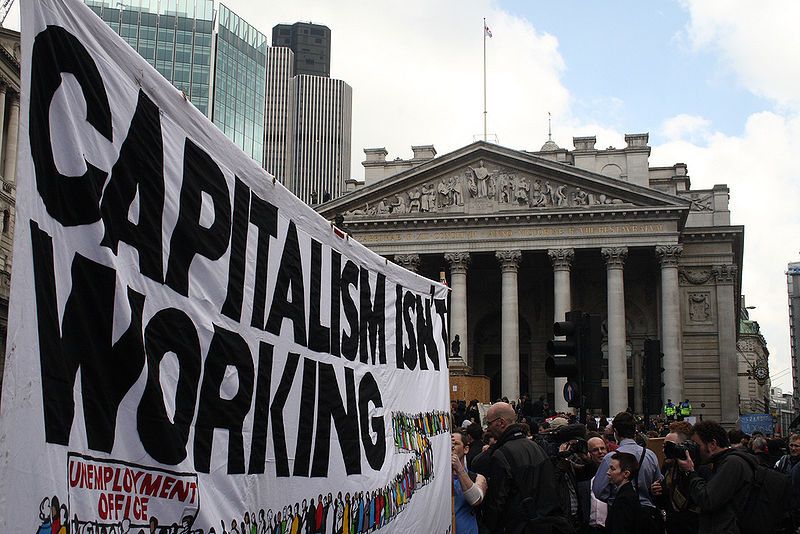 The Conservative government in Britain is facing a perfect storm of crises. Brexit looms large over every decision and event. The question of the Irish border and the customs union has intensified the civil war inside the Tory Party. And without a majority to command in Parliament, the Prime Minister is paralysed, unable to pass any meaningful legislation.

At the same time, May and her cabinet continue to be plagued by scandals, with Amber Rudd the latest minister to fall on her sword, over the Windrush fiasco. Tory rebels snipe from the backbenches. And over the PM’s shoulder, throughout, is the threat of Corbyn’s Labour. 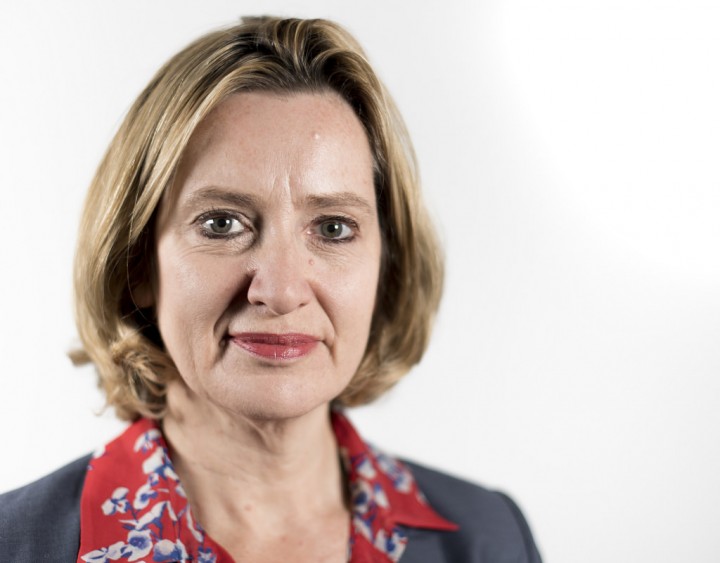 Amber Rudd fell on her sword after the Windrush fiasco, while rebels snipe from the backbenches / Image: UK Prime Minister

The last thing the Prime Minister wants, therefore, is bad news from other quarters. It is deeply unfortunate for Theresa May and chancellor Philip Hammond, then, that the state of the British economy has become yet another source of headaches.

The latest figures for the UK economy are all pointing downwards. Most notably, growth for the first quarter of 2018 was an anaemic 0.1 percent, the lowest for half a decade.

On its own, this number might be looked over. (Indeed, some officials have attempted to explain the economy’s poor performance for the first few months of this year on accidental factors, such as the particularly inclement weather.) But other recently released data adds to the concerns that Britain’s economy is grinding to a halt. 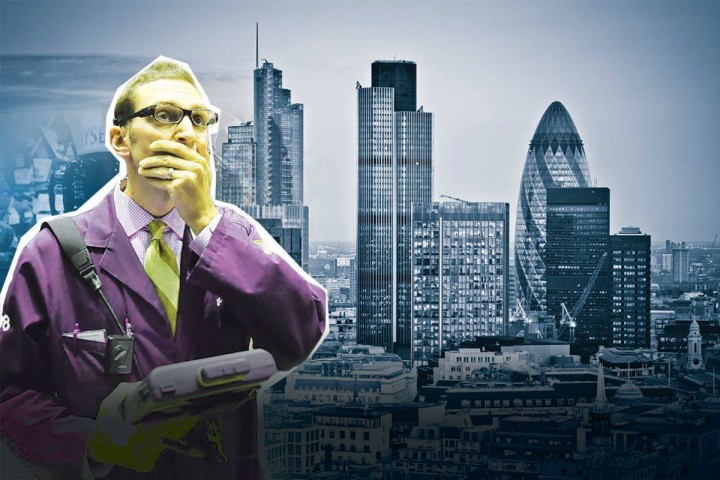 The latest figures for the UK economy are all pointing downwards / Image: Socialist Appeal

The UK manufacturing purchasing managers’ index – a sign of the country’s manufacturing performance – continued to fall in April, denting hopes that a Brexit-related fall in the pound would provide a competitive boost for exporters.

Elsewhere, the construction sector saw its sharpest contraction for over five years in March, with output declining by 2.3 percent. Meanwhile, the uncertainty surrounding Britain’s planned departure from the EU continues to hold back business investment.

But the pessimism is not confined to businesses. The latest data indicates that consumer spending is also down. According to the Bank of England (BoE), lending to consumers has decreased, with the number of mortgage approvals falling by a massive 21 percent compared to a year earlier and car sales down by 16 percent.

These figures have important significance for the UK economy, which has been held up over the past year by credit-fuelled consumer spending. With wages stagnant and households forced to spend their money on paying back previously accumulated debts, it is clear that all the engines of economic growth have stalled.

For these reasons, the BoE Monetary Policy Committee voted on 10th May to leave interest rates at their low status quo rate of only 0.5 percent. This contradicted previous expectations of a rate rise, which had been based on earlier stronger economic signals.

The most worrying recent figure for economists and politicians alike, however, is that of UK productivity, which fell by 0.5 percent for the first quarter of 2018 according to the Office for National Statistics (ONS). In other words, workers put in more hours, but output did not rise. 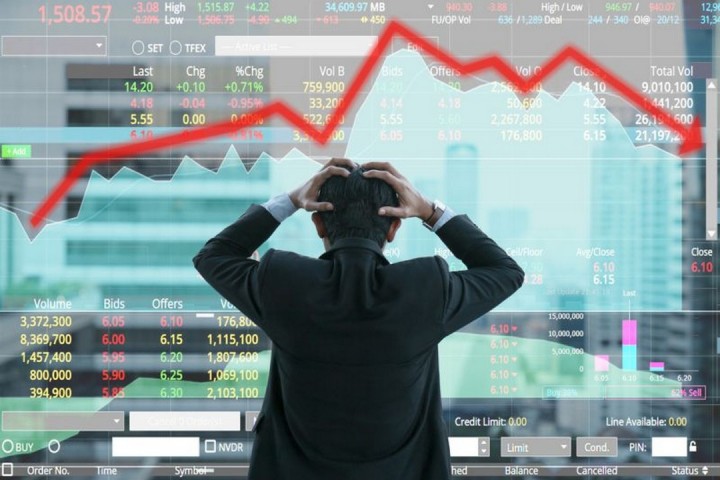 UK productivity fell by 0.5 percent for the first quarter of 2018 / Image: Socialist Appeal

This is particularly alarming for the capitalist class and their political representatives, as it is productivity that lies at the root of all genuine, healthy, long-term economic growth. Without an increase in productivity, all the optimistic forecasts from Hammond and the Treasury are nothing but pie in the sky.

“This decrease in productivity should be a wake-up call for all of us,” stated Tony Danker, chief executive of bosses’ group Be the Business, voicing the capitalists’ anxieties.

“The figures are consistent with our long-held view that the UK faces an evens chance of recession this year,” asserted Andy Brigden, chief economist at Fathom Consulting, providing a more sober assessment than the chancellor and his rose-tinted projections.

In reality, nobody is buying the narrative that snow and blizzards are to blame. Anyone with eyes to see recognises that the UK economy is being battered from side-to-side by the wider forces of the global crisis of capitalism and (closer to home) the prospect of a train-crash Brexit. 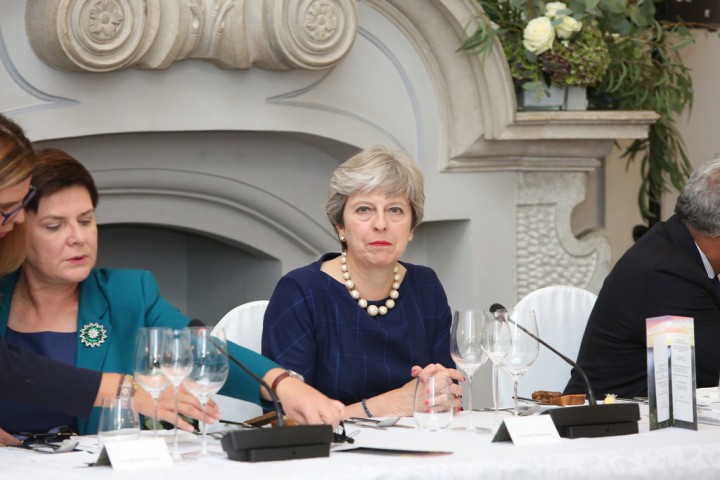 Theresa May and her fragile Tory government should brace themselves for a bumpy ride / Image: Flickr, Annika Haas

With Trump now also leading the charge in the pursuit of protectionist trade policies, the world economy faces the very real threat of another deep slump.

In such a scenario, the ruling class – in Britain and internationally – will have few tools left at their disposal to avert recession. The only option will be for them to renew and intensify their attacks on the working class, further fuelling the political and social backlash that has already begun.

Theresa May and her fragile Tory government should brace themselves for a bumpy ride.