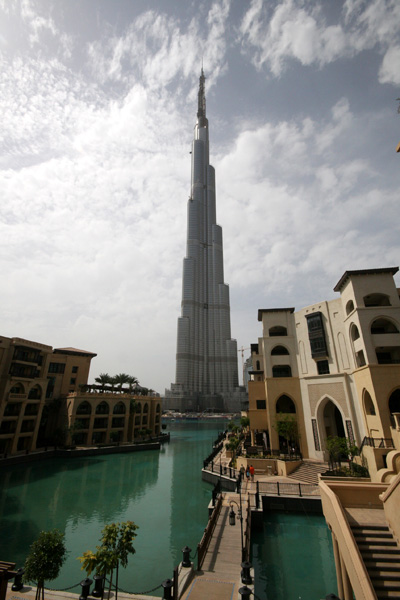 With its towering skyscrapers, vast boulevards, imposing shopping malls, nightclubs, beaches and glittering lights, Dubai is one of the safest sanctuaries of global capital. Being tax free, it is the abode of most of the third world’s tax evaders, corrupt upstarts and mafia dons. This makes Dubai the flagship of the United Arab Emirates which is a federal alliance of the owners (Sheikhs) of seven small states. The bourgeois media, however, shows only the bright side of Dubai and the capital Abu Dhabi.

However, the builders of these towers, highways and palaces are neglected as if all this were built by the scoundrels themselves. In reality, just a few miles from this spectacle, there is another city, covered in darkness and full of filth. This is where the workers live. The blood of its residents not only fuels the lights of Dubai and other cities, but also provides for their families in faraway lands.

Out of the 8 million residents of this country, only 20 per cent are citizens and have full rights. The UAE’s per capita income of $48,000 is one of the highest in the world. The locals have free water, electricity, health and social security. But under the apparent prosperity of the local population there is an obscene inequality of wealth. 90% of the income from the UAE’s huge oil and gas reserves is owned by 0.2% of the local population. Shaikh Khalifa’s personal wealth amounts to more than 15 billion dollars.

The combination of despotic rule and capitalism has formed a state that is more akin to mob rule where not only the natural resources and the wealth created by immigrant workers is plundered by a handful of members of the ruling family but also basic human rights such as freedom of expression, trade union rights and political activities are completely banned. The wealth disparity between the majority of the local population and the rulers is as bad in any other country.

According to the National Bureau of Statistics, 14 per cent of the locals are unemployed and in some northern areas this rate is between 16 to 20 per cent. The regional disparity is also on the rise. Most of the development is limited to Dubai, Abu Dhabi and to some extent Sharjah, while the northern states (emirates) are very backward. Although the northern states are scarcely populated, the general conditions and infrastructure is underdeveloped and backward.

Like all other Gulf States there is brutal exploitation of immigrant labour in the UAE. Millions of workers from Pakistan, India, Bangladesh, Nepal, Philippines and other Gulf states are employed on extremely meagre wages. Most of these workers are unskilled and are paid between 500 to 750 dirhams ($135-$190) per month. They are forced to live in labour camps outside the cities, where 8-12 live in a small room and on average 50 people share a toilet and 100 share a stove. Before travelling for an hour to reach the city or work site at 8am, the workers wake up at 4am and stand in the queues for the bathrooms and then for breakfast. A 12-hour working day is stretched to 16 or 18 hours. Millions of workers bear this slavery in inhumane conditions only because they do not have any employment in their native countries.

In 2005 the Indian embassy recorded 500 suicides by Indian workers. The reasons for their suicides were long working hours, poor living conditions and low wages. After publication of this report the rulers of Dubai forbade the Indian embassy from gathering such statistics and ordered that all such incidents should be referred to as “accidents”. All that the immigrant workers can do is to tolerate this quietly, because any protest results in deportation to their native countries where life is similarly miserable.

Many “neo-liberal” economists consider the cruel policy of the UAE an ideal one where there is no check on capitalist exploitation, while the workers are not allowed basic union and protest rights. Despite this there have been protests and even strikes which have been brutally crushed and media is not allowed to report on them.

In March 2006, the construction workers at Burj Khalifa (the tallest building in the world) organised a violent protest when the buses to transport them to the camps did not arrive on time. The angry workers beat up the security personnel and damaged dozens of vehicles. Protests like this by the construction workers working in blistering heat are commonplace. In order to help the workers, the rulers of the Emirates have introduced a regulation to disallow working in the outdoors when the temperature is above 50 degree centigrade! The media, hoever, is instructed not to report the temperature when it goes above 50 degrees so the workers are forced to work even in 55 degrees. Similarly there is legislation for rest from noon to 3pm during the hot season. But there is neither any place to rest on the worksites nor do the companies provide any transportation to take the workers to their camps during that time.

All this legislation is a deception by the rulers to satisfy their “democratic” European masters, who are at times “shocked and horrified” by the brutal and naked exploitation carried out by their agents. In 2006 when the real estate and construction business was at its peak, more than 25 protests were recorded. After the world crisis of 2008 this business went bust in Dubai in 2009. Property prices plummeted by fifty per cent after the default of state construction company Dubai World.

Now the rulers of the Emirates are beginning to invest billions of dollars in different projects. On 23 May 2013 The Financial Times expressed its concern about the rise in workers’ protests with the advent of construction projects. On 21 May 2013 the workers of the Arabtec construction company went on strike demanding an increase in their wages. This halted the construction work at Dubai Airport Terminal 2 and some other projects in Abu Dhabi. The management put an end to the strike after two days and hundreds of leading workers were deported. This shows that the savage exploitation of capital has become unbearable for the immigrant workers.

However, this rotting capitalist system needs even more exploitation in order to maintain its rates of profit. A combination of oppression and reforms has so far enabled the reactionary ruling elite of the Gulf States to continue their plunder of the huge wealth of natural resources such as oil and gas and that generated by the immigrant workers. But they are terrified by the Arab Revolution and the beginning of movements of European and American workers.

The rulers of the Emirates together with the Saudi monarchy are trying their best to drench the revolutionary movements of Egypt and Syria in blood and reaction. They are terrified of the success of a workers’ movement in any country. The abolition of capitalism in any nearby country would start a wave of awakening across the region which would destroy capitalism and the despotic rulers in the whole of the Middle East. Like their imperialist masters, they are losing confidence in their decaying system.

In order to support this failing system, the rulers of the Emirates have launched projects worth hundreds of billions of dollars, including a Formula One race track and Ferrari World on Yas Island. The rulers of Dubai are also trying to host the World Expo 2020. Their success would result in a new boom in construction.

Although the UAE’s annual growth rate is 4%, being a part of the global system all these countries are linked with the prospects of growth in the world economy. A deepening world economic crisis would result in a weakening of these economies and not even huge state investments would be able to save them.

The workers’ movements all over the world are also having their effect in these countries and great events can unfold in the coming period. In some situations a mass movement of immigrant workers cannot be ruled out. The protests in Kuwait show the growing discontent in the region. Sooner or later, the pressure from the rest of the world will give rise to such events in the Gulf countries that would pave the way for revolutionary movements in the future.