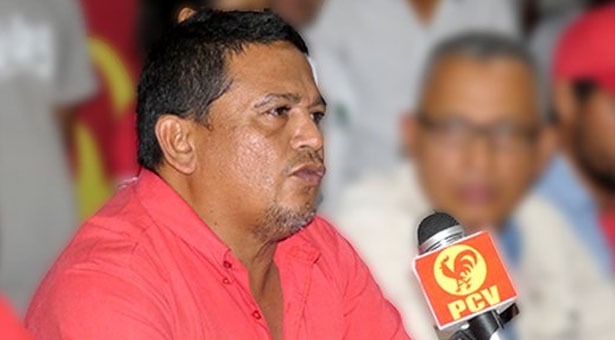 Nineteen years after the approval of the Agricultural Land and Development Law promoted by Hugo Chavez in 2001, land reform remains an unfinished task in Venezuela, with tendencies seeking to reverse Chavez’s expropriations of large non-productive farms. These expropriations initiated the process of land socialisation and its transfer to those who work it.

Translation by Paul Dobson for Venezuelanalysis

Today, this rollback process is characterised by arbitrary and violent campesino evictions. A transfer of the land back to its old owners, or to new buyers, is underway.

The Nicolas Maduro government’s neoliberal turn is made up of reformist bureaucrats who surrounded Chávez now converted into plutocrats (a government in which power is in the hands of the richest), is also manifested in agricultural policy.

Today, these bureaucrats have become the real drivers of a counter-reform process, taking down each and every one of the economic, social and political conquests that the workers achieved under Chávez.

The dismantling of the agrarian reform initiated by Chávez becomes evident through persecution, threats and abuses carried out by a society of accomplices, made up of both the old large landowners and the new elite which has arisen in the Bolivarian process, and which is [often] personified by agrarian judges, Public Prosecutor's Office staff, state security forces, National Land Institute (INTI) officials and even paramilitaries and hitmen. This criminal mafia alliance is advancing with a brutal offensive that looks to restore large landowning rights in the country, taking us back to the days of a semi-feudal system.

Currently one can observe an increase in arbitrary and violent evictions, judicial maneuvers, bureaucratic delays in the transfer of land to campesino families, and the legal persecution and criminalisation of the agrarian struggle. As if that were not enough, all of these problems come on top of the lack of bank loans, technical assistance and agrarian supplies, as well as the government’s and the State’s general abandonment of small and mid-size producers.

One can see these dynamics at play in a recent hit-and-run case in Guarico State [central Venezuela], in which the region’s Higher Agrarian Judge decreed a food, agricultural and livestock protection measure in favour of the interests of the large landowner of the Los Garañones Agricultural Corporation in Pedro Zaraza municipality.

A land struggle has been developing in the municipality for more than two years, with 50 campesino families -- after having overturned the land title held by the large landowner -- working towards the transfer of the land to them in agreement with the INTI. In this [now] productive space, the Tricolor Campesino Council occupies a part of the ranch under the legal status of “guardian” and with custody granted to it by the INTI. The Infante family [former owners] also occupy a part of the ranch.

The judge’s ruling seeks to block the agreements and decisions reached through the government’s agricultural and campesino roundtable, clearly showing how the judiciary is overtly looking to restore large landowner rights.

The struggle of the Mano Poderosa de Dios Campesino Council in El Vigía, Merida State [western Venezuela] should also be mentioned. There, local forces seek to evict more than 300 families by producing false claims against them. In addition, the state's repressive bodies recently [illegally] detained one of the council’s main leaders, Isabel Granado, on several occasions, seeking to terrorise her into stopping the struggle she is carrying out alongside 300 campesino families. [Granado has since been released but is facing death threats against her.]

The campesino movement must join forces with the labour movement

Just as there is an alliance between the bourgeoisie, large landowners and state officials, we workers and campesinos must form our own alliance to fight for our demands and objectives, both in the countryside and in the city.

We must organise to confront what is currently happening and prepare to face the class struggle that will come after the December 6 [parliamentary] election. It is necessary for the campesinos to join forces with the labour movement in the cities. Together we must promote a genuine socialist revolution so that poor and landless campesinos can overcome these problems and achieve their immediate objectives, including land tenure and collective production, thus allowing campesino families to have a dignified livelihood.

Moving forward in the process of land reform is something which was left unfinished by the Chavez governments, and is a fundamental step towards advancing in the development of productive forces. However, this is not enough.

The development of large-scale agricultural production, allowing working families to access food at a low cost, involves planning industrial production, expropriation of a range of other economic levers in the country including banking, foreign trade, national monopolies and industry. These expropriations should be placed, however, under democratic worker control and not under bureaucratic control, as frequently happened in the past.

To advance in the struggle for land, we also need to prepare ourselves to resist the reactionary offensive of the criminal mafia alliance in the countryside (bourgeoisie, bureaucrats, agricultural judges, prosecutors, Bolivarian National Guardsmen, INTI officials, paramilitaries and hitmen).

In this sense, small or landless campesinos and rural proletarians must organise to protect their agricultural plots. If there is no autonomous defensive strategy, they will continue to be victims to this violent counterattacks. Organising and defending the campesino class should be a priority for the [recently formed break off leftwing alliance] Popular Revolutionary Alternative! It’s time to confront state terror and violence against the campesino movement!

We must also continue to demand justice for all our fallen leaders in the agrarian struggle, in particular [campesino leaders and prolific Communist Party members] Luis Fajardo and Javier Aldana, who were murdered two years ago [in Merida State on the orders of the large landowner of the Cano Rico ranch], but also the [indigenous Yukpa] campesino leader Sabino Romero [who was murdered by large landowners in 2013 in Zulia State] and all the leaders who have fallen into the legitimate struggle for the land.

Our leaders will never be forgotten, and their executioners must be punished sooner or later. That's why we'll continue to mobilise to demand justice!

Free land and free men! We demand an end to the criminalisation of the fight for the right to the land! The land belongs to those who work it! Down with large landownership, both the old and the new red landowning class! True land reform as a step forward towards the socialist revolution!