The news of heavy fraud and corruption in two of South Africa’s biggest monopolies has thrown the big capitalists into turmoil. The scandals, which broke out almost simultaneously, involve two global behemoths, Naspers and Steinhof, and implicate some of the very biggest tycoons in the country, such as Christo Wiese, Markus Jooste and Koos Bekker.

Until a few days ago, the two conglomerates Steinhoff and Naspers were celebrated as ‘pillars of the South African economy’. They were conquering global markets. Now all of the euphoria has evaporated amid massive corruption scandals. The big business press tries to soften the blow by calling the corruption and fraud by other names such as ‘accounting irregularities’, ‘impropriety’ or ‘unethical conduct’. But nobody is buying these soothing labels: least of all the asset managers on the stock exchange who embarked on an unprecedented stampede like wildebeest across the Serengeti.

The scale of the Steinhoff crisis is enormous. Steinhoff International is the second biggest furniture and homeware retailer in the world after IKEA. Its board reads like a ‘who’s who’ of the South African business sector, including the chairman, Christo Wiese, who is on the Forbes Global Game Changers list for 2017. Steinhof itself is one of Bloomberg’s ‘50 shares to watch’ in 2017.

Bloomberg was right, but for all the wrong reasons. On Wednesday, 6 December, the company’s share price plummeted by an astonishing 61 percent in the first three hours of trading on the Johannesburg Stock Exchange, making it the biggest corporate collapse in the history of the JSE. More than 13 billion dollars were wiped out. Its share price also plummeted in Frankfurt where it is listed on the DAX. It comes after Markus Jooste, its ‘celebrated’ Chief Executive Officer, who has been with the company since 1988 and ‘turned it into a giant’, abruptly handed in his resignation on Tuesday night after the auditing firm Deloitte refused to sign off on the company’s financial results. Subsequently the price dropped more than 85 percent and could be driven to zero if it is not delisted altogether.

This followed the revelation in Germany's Manager Magazin that Steinhoff was being investigated by German regulators about “accounting irregularities and non-disclosures relating to its acquisitions”. The transactions relate to Steinhoff’s purchase in 2015 of a 45 percent stake in Swiss company GT Branding Holding and a loan it provided of about 810 million Swiss francs (about 11 billion rands). There are allegations that special companies were setup to hide the massive amounts of debt, to hide losses, that there was “collusion” between the executives to defraud investors and that there was a “share-swap” scheme involving the financial service giant PSG in which shareholders of PSG swapped their shares for Frankfurt-based Steinhoff shares, and in the process shifted massive amounts of money out of South Africa without obtaining foreign exchange control approval.

The the dominoes started to fall. Jooste also resigned from the boards of Steinhoff Africa Retail (STAR), the PSG Group, PSG Financial Services, and Phumelela Gaming and Leisure. Another big bourgeois, Ben la Grange, the CEO of Steinhoff Africa Retail, also resigned. La Grange was Steinhoff International CFO before STAR listed on the JSE in September. The stock exchange, which was trading at record highs before the revelations, then went into freefall, wiping out hundreds of billions of Rands.

This reflected the panic of the bourgeoisie. As the scale of the fraud becomes clearer over the next few days the scandal will almost certainly puncture the stock exchange bubble which have been inflated over the last period and could lead to an all-out crash in the South African market, with important repercussions for the world market. 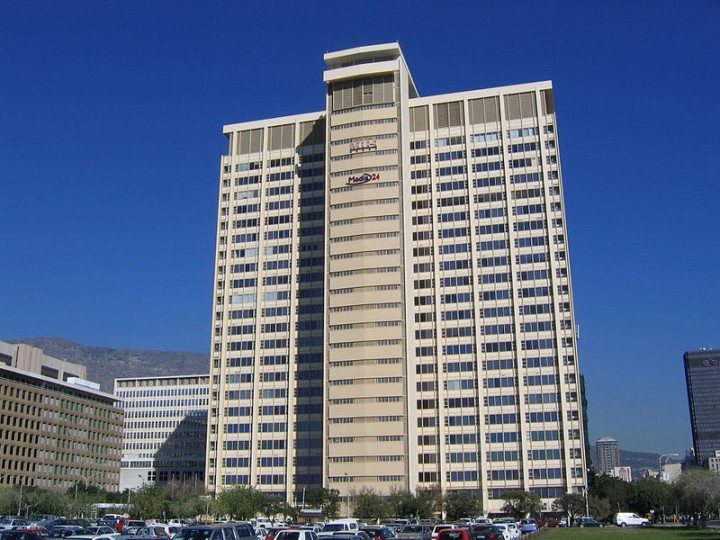 Besides the carnage on the markets, there are other major implications. Steinhoff is a massive company and the fifth most-widely-held investment in South Africa, according to Moneyweb. It could poison the whole system and could have major implications for almost all kind of investments in the country, including those of public sector workers.

The Government Employees Pension Fund (GEPF), through its holdings managed by the Public Investment Corporation (PIC), is the second biggest investor in Steinhoff. Already the losses incurred by the PIC is estimated to be more than 12 billion rands! It is clear that the pensions of almost all 1.3 million public sector workers will be affected. In addition, the pensions of workers at the country’s big state-owned companies like Eskom, the electricity giant, and the petro-chemical conglomerate, Sasol will be affected as well as the pensions of virtually all retired workers with investments in the form of savings through retirement annuities or provident and pension funds.

This is what happens when the hard-earned pensions of workers, which are only deferred wages, are managed by capitalist fund managers and gambled away on the stock market. Public funds and pensions should be socially owned and controlled by the working class itself. The unions should demand that the return of all the funds of the Public Investment Corporation by insisting that assets of all these capitalists be nationalised without a single cent in compensation.

In a reshuffle of the chairs on the deck of the Titanic, the company announced that its chairman, Christo Wiese, who is part of the swindle, will take over as CEO in the place of his friend Markus Jooste who is taking the time off to build a holiday house on the most expensive and exclusive property in the seaside town of Hermanus!

As the biggest shareholder in Steinhoff, Wiese now has lost more than 2 billion dollars in the carnage on the markets. Of course this is nothing compared to the wealth that Wiese has plundered, stolen and made off the back of the working class. In the recent nationaliation debates, he, in the typically arrogant manner of the bourgeois, accused those in favour of nationalisation to have “a perverse obsession with the rich”. This is a natural reaction from capitalists like Wiese who are only interested in securing the current social order, in which Wiese became South Africa’s richest man. Together with two other capitalists he owned as much wealth as the bottom half of the country’s population.

The Steinhoff scandal broke hot on the heels of major allegations of corruption by pay-television, video entertainment and internet company Multichoice, and its holding company, Naspers. The development follows revelations that Naspers’ subsidiary MultiChoice allegedly bribed officials and influenced a government minister on the type of technology that should be deployed once South Africa had completed the migration from analogue to digital television.

The ‘Gupta Leaks’ scandal which involves a trove of hundreds of thousands of emails leaked to investigative journalists, reveals the minutes of a ‘clandestine’ meeting in 2013, between Multichoice executives and executives of the public broadcaster, the South African Broadcasting Corporation (SABC) in which Multichoice used the payment of 500 million Rand to the public broadcaster, as cover to influence government policy on the encryption of set-top boxes. The media baron, Koos Bekker, leaned heavily on the Department of Communications and its minister, Yunus Carrim to reverse government policy so ensure that set-top boxes were not encrypted which would give Multichoice a clear competitive edge in the market.

When the minister refused, he was promptly removed after only 10 months in office and replaced by Faith Muthambi who went against the policy of the ANC to announce the non-encryption of the set-top boxes. This handed Multichoice a 98 percent share of the market. Almost all pay-television in South Africa is now available only on the multichoice channels.

There is not a company in South Africa more synonymous with the Afrikaner elite than Naspers, which was founded as the Afrikaner ‘Nasionale Pers’ in 1915. Several of its directors and editors including P.W. Botha, D.F. Malan and H.F. Verwoerd ended up as leading members in the National Party and presidents and prime ministers of the apartheid government. It is now South Africa’s biggest company and the largest media group outside the United States and China. According to Forbes it is the eight-largest media company in the world. It is a big shareholder in the Chinese technology conglomerate, Tencent which gives it major leverage in the media market. It is also a major shareholder in the streaming company Showmax. It operates pay-television to 48 countries in Africa to more than 7 million households and has a virtual media monopoly in South Africa.

The scandal strikes at the heart of the traditional big Stellenbosch bourgeoisie which is dominating the multi-trillion Rand economy and it glaringly exposes the uncontrollable greed inherent in the capitalist system. It further exposes the lies that corruption is confined to the state-owned companies, the public sector and minor capitalists like the Guptas in contrasts to the country’s ‘world-class’ private sector.

Although the world is dominated by Western and Chinese monopolies, Steinhoff and Naspers, coming from a small capitalist economy, have outgrown the South African markets and have in turn dominated the African market which provided a base to craft a niche for themselves in more than four continents. In the process they grew into a position of immense power and influence. Through a thousand strings, they are directly connected to the South African state. This is what Marx and Engels meant when they explained that the executive of the modern state is but a committee for managing the affairs of the ruling class. There is also an almost total fusion of the monopolies with the bourgeois state. This is very evident in the highly monopolised South African economy.

Now the possible implosion of Steinhoff will leave a trail of destruction in the form of unemployment for its workers. The employment of 130 000 workers in 40 Steinhoff companies in 30 countries including Pepclo, Dunns, Shoe City, Pep Stores, Ackermans, Desleemattex, Mattress Firm, Poundland and Feltex could be affected.

These scandals are the inevitable results of the workings of the capitalist system. Fraud, corruption, lies, cover-ups and the manipulation of financial figures to hide the swindle is in the DNA of a system based on greed and the relentless pursuit of profits. As long as capitalism survives there will be no solution to the problems of housing, healthcare, education and safe and affordable transport for the working-class and the poor. Meanwhile the big capitalists causing this misery will go on unscathed to pursue profit by other means.

If anything these scandals expose the lie purported by the capitalists, and the South African one in particular, that it is somehow more suited to run society and the economy, when it is clearly nothing but an incompetent class capable of building nothing. Their whole wealth has been based on plunder and the brutal exploitation of the South African working class. The solution is not to ‘break-up’ these monopolies but put the wealth which is created by the workers, under the ownership and control of the workers themselves. That is, to expropriate these and all other major banks, mines and monopolies, and to place them under the democratic control and management of the working-class: the only class willing and capable of taking society out of the dead which capitalism has placed it in today..