Erdogan's power grab has moved on to a higher stage. Last night the two co-chairs of the leftist and Kurdish based Peoples' Democratic Party (HDP), Selahattin Demirtas and Figen Yuksekdag, were arrested along with nine more HDP MPs.

Yüksekdağ and Demirtaş were arrested this morning - Photo: Public DomainTwo more MPs are officially wanted while warrants are rumored to have been issued for all of the 59 HDP MPs. The MPs are accused of a wide ranging offenses connected to “promoting terrorism”. Of course, there is no evidence of any of the charges levelled against the Kurdish MPs.

Countless AKP and MHP MPs who have been exposed in high level corruption cases are in the meantime left untouched. Likewise the vast evidence of the direct support of the same parties for Islamist groups, including ISIS, is blatantly ignored. While denouncing the PKK for presumed terrorist attacks - most of which have in fact been carried out by Islamist groups against various Kurdish organisations - the previous Prime Minister, Ahmet Davutoğlu, refused to call ISIS a terrorist organisation, calling it instead group of “angry Sunni youth”. All this reveals the real nature of the Erdoğan regime.

The real reason behind the campaign against the HDP is that it is an obstacle in the path of and his neo-Ottoman ambitions. These plans include the setting up of a presidential system - concentrating powers in Erdoğan’s hands and expanding the footprint of Turkish Imperialism into the Middle East.

The successful entry of the HDP into parliament in June 2015 meant that Erdoğan’s AK party did not have sufficient votes for a constitutional amendment to introduce the presidential system. And the Kurdish movement, which includes the HDP, the PKK as well as other groups such as the Syrian based PYD and YPG, has become the major obstacle on the ground to Erdoğan’s imperialist ambitions.

The purging the HDP from parliament is part of a general power grab by Erdoğan, initiated with the failed military coup against him in July. For Erdoğan who had engulfed in a series of crises, the coup came as something “sent from heaven”. He used it to whip up a mood of nationalism, mobilise his base (which had been very demoralised until then), impose martial law (with the support of the MHP and CHP!) and strengthen his grip on power.

Since the coup, there has been a systematic attack against democratic rights - in particular against the press. But most importantly Erdoğan has been preparing his armed bodies of men to prop up his rule. Aside from building up a series of paramilitary forces, such as SADAT and the Ottoman Hearts, Erdoğan is also tightening his grip on the security branches. In September, Interior Minister, Efkan Ala, was replaced by Suleyman Soylu who is seen as more loyal and ruthless than his predecessor. This led to last week’s appointment of new police chiefs in 61 out of Turkey’s 81 provinces. Newsweek reported the significance of this shake up:

“The problem seems to be not that Erdoğan believed all the sacked chiefs disloyal—most were not, and he had appointed many in the first place. Rather, he considered them soft and unwilling to use the extreme violence he believes will be necessary to exert not only against Turkey’s Kurds but also against many liberal or apolitical Turks as he moves to further consolidate control.”

Erdogan is laying the basis for a complete concentration of power in his own hands. He has already been attacking working class, Kurdish and leftist activists. Tens of thousands of leftist and unionised teachers and civil servants have been fired. Meanwhile, the government has used its state of emergency powers to remove the elected officials of 28 local councils - the vast majority being HDP-led - and to appoint pro-AKP officials instead. The Kurdish areas of Turkey are becoming a de facto occupied area in which the Turkish army is seen as a vicious hostile force. The only crime of the Kurds was to vote for a party which does not agree with Erdoğan’s totalitarian methods and aspirations.

Besides leftist and worker activists, Erdoğan has also targeted other wings of the Turkish capitalist class. The main target has been the neo-Islamist Gulen movement, which originally helped Erdoğan come to power in 2002, but which fell out with the AKP after the 2013 Gezi movement. Hundreds of thousands of the movement's supporters have been purged from positions within the state while at least 252 of their companies, probably worth upwards to $100 billion have been confiscated by the intelligence agency. These are expected to be handed over to pro-AKP capitalists. Likewise the Zaman newspaper, the largest newspaper in Turkey and belonging to the Gulen movement, was confiscated in March and is currently run by the government.

Since the imposition of martial law more than 130 media outlets, including some of the largest papers in Turkey, have been shut down and many journalists arrested. The latest target was Kemalist secular Cumhuriyet, which saw 15 of its staff, including its editor, arrested on Monday. The Kemalist bourgeoisie has also come under attack, in particular within the armed forces where thousands of traditionally Kemalist top officers have been purged. 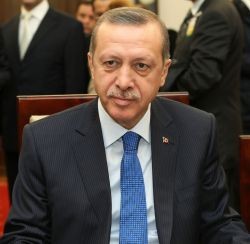 Erdogan represents the historically weaker Anatolian bourgeoisie as opposed to the traditional Kemalist big bourgeois. Their outlook differs on a series of questions such as secularism, economic policy and foreign policy. While the AKP has has political power since 2002, the main economic levers, as well as control over the army, remained in the hands of the Kemalist bourgeois. With the latest developments, however, it is clear that the Kemalists have been weakened and the balance of power has evened out to a certain degree. This is also the basis for the latest Turkish-led invasion of parts of northern Syria and its provocative and expansionist military position in northern Iraq - something the army had refused to carry out for several years.

As opposed to the traditionally conservative Kemalist outlook in foreign policy, Erdoğan’s Anatolian tigers are hungry for new markets and an expansion of their spheres of influence. Lately they have been more vocal in their aspirations, calling for the implementation of the National Oath, the last resolution of the Ottoman parliament which claimed northern Iraq and Syria (as well as other non-Turkish areas) as parts of Turkey.

The latest incursions into Syria, and the lingering threat to invade parts of northern Iraq, is part of this outlook. Seeing the two states falling apart, Erdoğan is claiming his stake over large parts of their territories. With the vast majority of these areas being Kurdish regions, the Kurdish question has become even more central to the fate of the aspiring Sultan.

His imperialist ambitions, which in turn are being translated into war against the 20 million strong Kurdish population of Turkey, Syria and Iraq, can only lead to increasing instability within Turkey itself. While he strikes blows against the Kemalists and the Gulenists inside Turkey, his main obstacle is the HDP because it represents the Kurdish masses as well as a significant layer of the most radical and advanced Turkish workers and youth.

However, as the nationalist sentiments dampen, the economic crisis deepens and the mood sobers up, the class struggle will eventually return with a vengeance. The Turkish working class is the strongest working class in the Middle East. It has very radical revolutionary traditions and, most importantly, it has not seen a defeat in more than 30 years. The lack of a focal point and a leadership has seen it remaining relatively silent in the past few years. But with the deepening of the general crisis, and Erdoğan’s power grab it will be pushed into the arena of struggle sooner or later.

Erdogan may appear strong now, but if he had popular support to carry out his policies he would not have had to take the measures he is now taking. In spite of Erdoğan’s formal victory in the last parliamentary elections,the majority of the Turkish voters actually voted against Erdoğan and the AKP in the two previous elections. While the whipping up of nationalism and a civil war atmosphere can temporarily dampen opposition against him, these actions will all add to the instability of the regime in the future. Turkish capitalism is incapable of solving the problems of the masses.