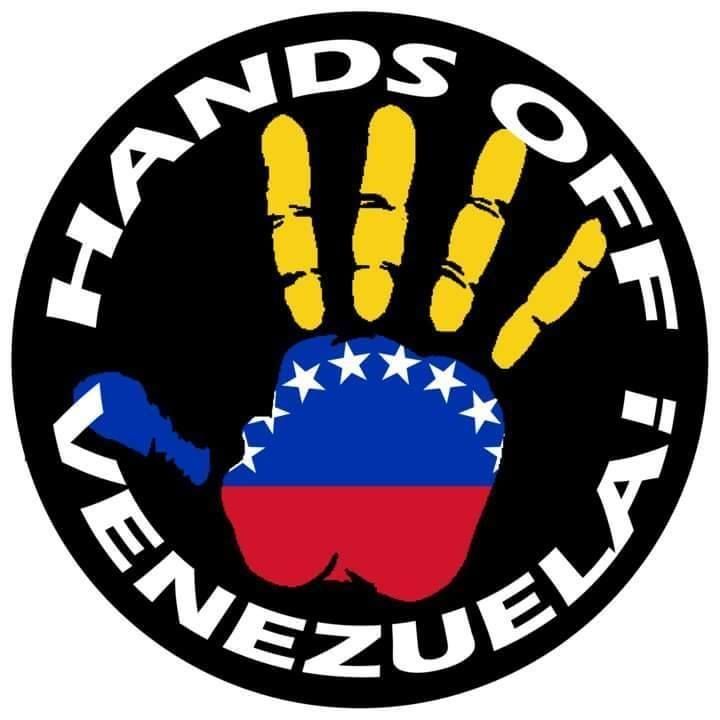 The following is a statement from the US Section of the IMT and the Hands Off Venezuela Campaign concerning the ongoing efforts of US imperialism to meddle in Venezuela's affairs, and the compounding effect of the COVID-19 pandemic, which the imperialists are trying to exploit to throttle the regime.

Bourgeois politicians believe that “they should never let a good crisis go to waste.” They cynically use calamities and extreme events to impose unpopular measures that they could never push through in normal times. This was the case with the recent unprecedented bailout of Wall Street, and is clearly Trump’s plan when it comes to “regime change” in Venezuela.

Faced with an unprecedented health and economic crisis, Trump has done his best imitation of the Roman emperor Nero as the country’s economy and health system burn around him. But he is a consummate opportunist and he and those around him smell an opportunity to use COVID-19 as a rope to strangle Venezuelan President Maduro—and to administer a lesson in subservience to the Venezuelan masses.

When Hugo Chavez was in power, the Venezuelan Revolution made tremendous steps forward in housing, healthcare, and literacy. Neighborhood councils and committees of workers and peasants emerged organically, along with factory and land occupations. The question of socialism was put on the agenda. However, this was not coordinated and integrated into a plan for the end of capitalism and imperialism in the country.

More than 60% of the economy was left in private hands.The private sector will not invest in a situation of massive government regulation and intervention in the economy. In addition to this, there was a program of conscious sabotage by the rich businessmen and landlords—fully backed by the CIA and the State Department. Needless to say, US imperialism opposed the Venezuelan Revolution from the start, including through the military coup of April 2002, the two-month-long lockout of the economy the same year, and frequent fomenting of rioting and violence in the streets. They have long awaited their chance to crush the masses’ resistance and reimpose an obedient regime in Caracas.

Prior to the present spread of the novel coronavirus, the Venezuelan economy was already hurting due to the fall in world oil prices and US sanctions, started in 2015 by the Obama administration. Maduro’s response was to attempt to operate a “mixed economy”—a recipe for dysfunction and chaos. As a result, the masses have suffered severe economic and social deprivation and dislocation. Over the last few months, US sanctions, the oil blockade and the further drop in oil prices have driven things further down to disaster.

Trump stalwart Elliott Abrams is in charge of anti-Venezuela operations. Abrams is a veteran of counterrevolution and imperialist intrigue going back to the Reagan Administration. In 2019, Trump and Abrams tried several times to get the puppet Juan Guaidó installed, including through a botched military coup, provocations on the border and further sanctions but these attempts ended in a farcical disaster. 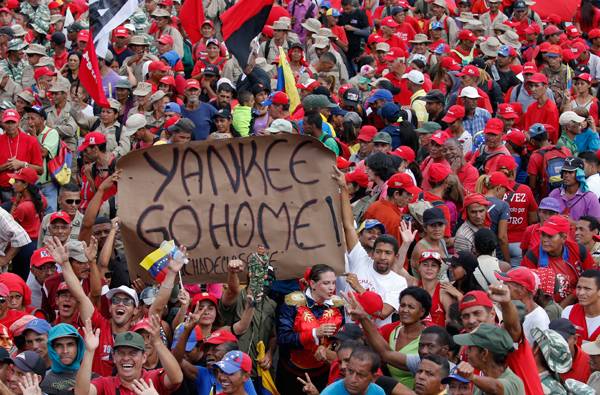 Now, US imperialism has initiated three new attacks. First, the so-called US Justice Department—a misnamed bureaucracy if ever there was one—filed charges against Maduro on March 27, 2020. They claim Maduro is involved in drug trafficking, corruption, and promotion of terrorism. Charges were also filed against 13 other high-ranking Venezuelan officials. This is ironic in the extreme, as the US government—with its nuclear arsenal and 800 military bases, CIA, NSA, and more—is the planet’s most powerful force for terrorizing the workers and poor of the world!

The US government “influenced” the IMF into rejecting a $5 billion loan to Venezuela to fight the coronavirus. Using all of this as leverage—and the disaster that faces the Venezuelan masses if coronavirus isn’t energetically combatted—US imperialism announced on Tuesday, March 31 that they will “relax the sanctions” against Venezuela if Maduro resigns and a new “caretaker government” led by US stooges is installed. This would last until presidential elections are held later this year—elections run by the US- backed “caretaker” government. How democratic!

Finally, to ramp up the pressure further, on Wednesday, April 1, US imperialism expanded its military presence near the Venezuelan coast—a clear signal that an all-out blockade or even military intervention via Colombia was being prepared.

All US workers, youth, and those against imperialist bullying must oppose these latest moves by the US government—carried out in “our” name. The US IMT and Hands Off Venezuela Campaign demand:

Immediately and unconditionally lift all US sanctions on Venezuela—and on Cuba!

Close all US bases and remove all US troops and operatives from around Venezuela—and from all of Latin America!

Foreign policy is the continuation of domestic policy—the US government is the enemy of the US, Venezuelan, and Panamerican working class! An injury to one is an injury to all!

No to US imperialist meddling or intervention in Venezuela! Hands Off Venezuela!