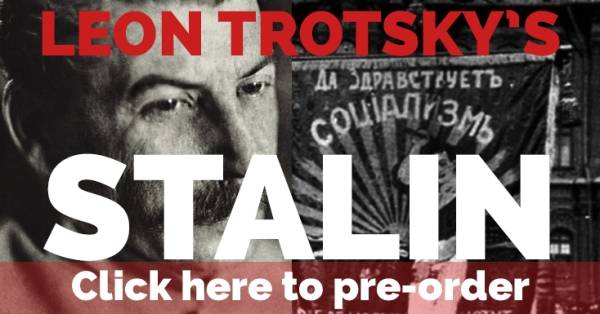 This year, Wellred Books – as we have previously reported – has been working on the completion of a historic project. Stalin: An Appraisal of the Man and His Influence is the final unfinished masterpiece of the great Marxist revolutionary Leon Trotsky. Painstakingly restored over a ten-year period, this version will be the first to include all of Trotsky’s own words in full, 100,000 of them previously unpublished, with the distortions of previous editor Charles Malamuth removed. In consultation with the Harvard archives and the English, French and Russian editions, we have produced the most complete version ever published in any language.

We are pleased to announce that the book is now in the final stages before completion and is on track to be published in September. As such, due to popular demand, we have decided to make the paperback and hardback editions of the book available for pre-order. 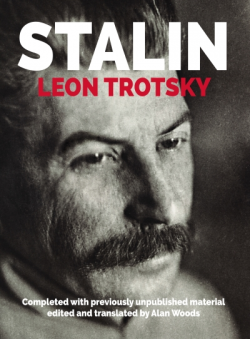 Front Cover - Click to enlarge image - Photo: WellRed Books last month. 138 generous donators have given over £6,000 towards arming the international socialist movement with this work of revolutionary theory, and will receive their own copies of the book among other rewards.

The huge amount raised, more than double our original target, has allowed us to begin work on a Spanish translation of the book immediately. Soon this important work will be available to the millions interested in the ideas of Marxism across the Spanish-speaking world.

If you didn’t get the chance to donate to the campaign, pre-order your copy now and help us to push publication over the line!

Included in this brand new edition are more than a hundred images from the remarkable collection of graphic designer and Soviet art enthusiast David King. These photographs and pieces of artwork provide a compelling visual document of Stalin’s early years, the revolutionary period in which Bolshevism achieved power and its degeneration along with Stalin’s rise to prominence, to accompany Trotsky’s profound literary assessment. 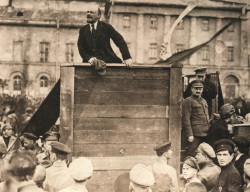 Lenin addressing the Sverdlov Square rally on 5th May 1920, with Trotsky standing to the right and Kamenev behind him - Image: David King Collection 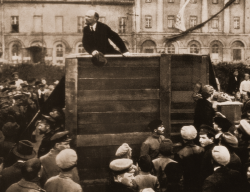 In this photograph from a different point in the speech, Trotsky and Kamenev have been painted out of the picture, with five wooden steps appearing in their place - Image: David King Collection

David was a keen supporter of this project and was looking forward to receiving his own copy of the book. His tragic passing last month was a terrible shock for everyone working on it, and now this publication will be dedicated to his memory. 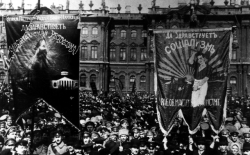 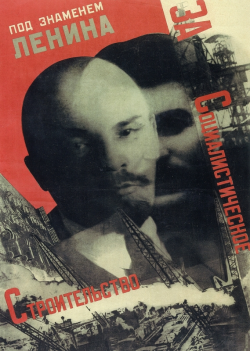 1930 photomontage in which the sinister spectre of Stalin’s shadowy face looms menacingly behind an unsuspecting Lenin - Image: David King Collection

The endorsement of Trotsky’s grandson

This work has had an even more passionate supporter and advocate in Trotsky’s last living descendent, his grandson Esteban Volkov:

“The new edition of Stalin has added to and enriched the vast arsenal of Marxist theory left behind by Leon Trotsky.”

With this endorsement of our efforts in restoring a monumental work to be as close as possible to its author’s intentions, we hope to extend the reach of Marxist theory, in particular the writings of Leon Trotsky, to a large audience around the world.

Go to www.wellredbooks.net to order your own piece of history!