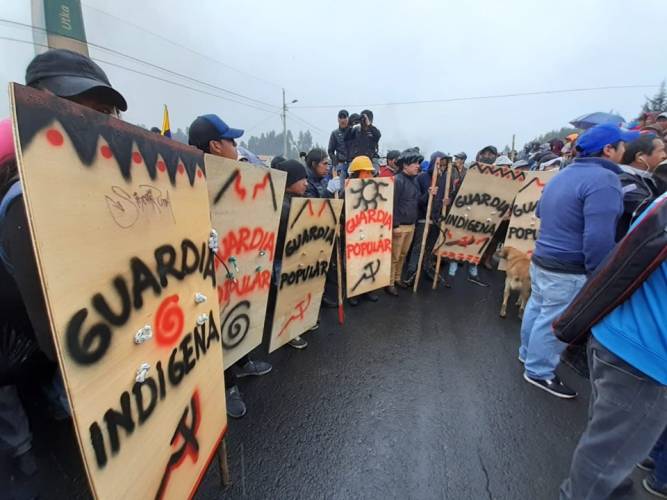 On 14 October, the Ecuadorian government of Lenín Moreno repealed decree 883. After days of struggle and mobilisations that had reached insurrectional proportions, Moreno was forced to make an important concession in the face of the danger of being overthrown by revolutionary means. The uprising of workers, peasants and students has achieved a first victory, a partial one, at the cost of eight dead, 1,340 wounded and 1,192 detained.

"Barcelona has seen more barricade fighting than any other city in the world", wrote Engels in 1873. Yesterday, Barcelona stood by this reputation. Various republican and democratic organisations called peaceful vigils across...
Workers' Struggles Spain Featured Catalonia

After twelve days of heroic struggle by the indigenous working-class masses of Ecuador, the first victory of the movement was achieved. At a negotiation between the indigenous representatives, the UN in Ecuador, the Ecuadorian...
Workers' Struggles Ecuador Featured