In defence of genuine Marxism 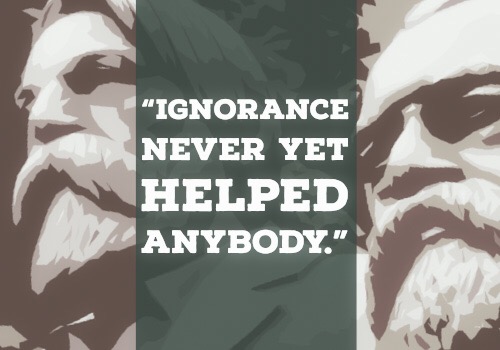 One often hears of this caricature of Marxism as a dry, narrow doctrine, which reduces all human thought to economics and the development of the productive forces. Yet even today there are people who like to call themselves Marxists who defend, not the genuine ideas of Marx and Engels in all their richness, breadth and profundity, but the very same “economist” caricature of the bourgeois critics of Marxism. This is not Marxism at all but, to use Hegel’s expression, “die leblosen Knochen eines Skeletts” (the lifeless bones of a skeleton), on which Lenin commented: “What is necessary is not leblose Knochen, but living life.”...

The advanced workers and youth have a thirst for ideas and theory. They want to understand what is happening in society. They are not attracted by tendencies that merely tell them what they already know: that capitalism is in crisis, that there is unemployment, that they live in bad houses, earn low wages and so on. Serious people want to know why things are as they are, what happened in Russia, what Marxism is, and other questions of a theoretical character. That is why theory is not an optional extra, as the “practicos” imagine, but an essential tool of the revolutionary struggle.

– From In defence of theory — or Ignorance never yet helped anybody