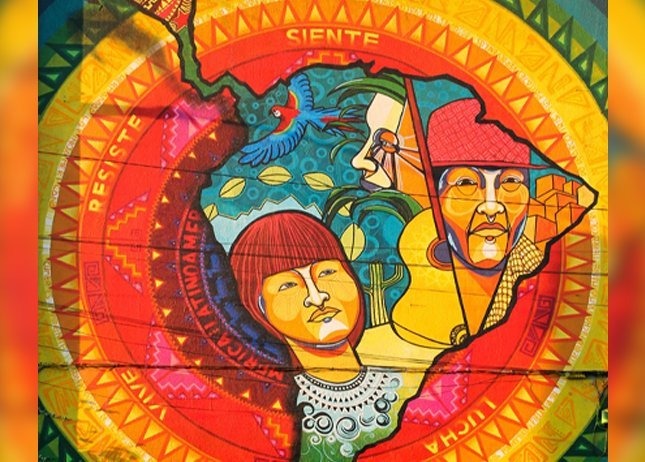 We would like to bring our readers’ attention to this article by Cuban Communist Frank Josué Solar Cabrales, which was published in Granma, the official newspaper of the Cuban Communist Party under the title “The realism of the ‘impossible’”. The article deals with the question of the conditions for Latin American unity. We fully share the author’s contention that this can only be achieved through socialist revolution and the impact that such a development would have on the class struggle worldwide.

Originally published on 26 September in Granma |

The socialist revolution is the necessary condition for the development and the solution to the pressing problems of the people of our continent.

Since the struggles for independence in Latin America, a number of its protagonists understood the need for unity to confront external enemies and safeguard freedom. In the many regions of South America, Venezuelans, Peruvians, Chileans, people of the Rio de la Plata basin and of the New Granada colony fought, died and emerged victorious. In 1826 in Panama, Simón Bolívar unified the fledgling states on a continent-wide basis. His efforts were later thwarted. José Martí understood the emancipation of Cuba as part of a broader project that extended to the emancipation of Puerto Rico, rebuffing the attempt of the United States to extend into the Antilles, and helping to stymie its attack on the republics south of the Rio Grande. Since 1959, support for the Latin American revolution has been seen not only as a moral duty for the Cuban Revolution, but as an imperative for survival. It based its future on encouraging neighbouring liberation struggles and on the transformation of its immediate surroundings.

The fallacy that it is possible to build developed, independent states on the basis of capitalism in Latin America, that are capable of coming together despite their rivalries, has been dismantled by an extensive tradition of critical thought, from Julio Antonio Mella and José Carlos Mariátegui to Che Guevara and Fidel Castro. The weakness and the late arrival of the Latin American bourgeoisie onto the scene of history, at a moment when the imperialist division of the world to secure the raw materials and markets in peripheral countries was in full swing, laid the basis for its subordination to the centres of world power. Submission and underdevelopment are the inevitable fate of the capitalist mode of production on our continent.

What is decisive for Latin American unity is not the existence or the solidity of a structure for integration, but the correlation of class forces and the interests that dominate in our countries. Neither the rancid Creole oligarchies, nor the national bourgeoisies – tied as they are by a thousand strings of dependence on US imperialism – nor the doomed attempts to reform capitalism and give it a more humane face, will be able to achieve Latin American unity. For Latin America to truly become a region of peace and integration, we must turn it into a site of revolutionary struggle.

The socialist revolution is the condition sine qua non for the development and the solution to the pressing problems of the people of our continent. It is the only means of uniting to the benefit of the masses and for the fulfillment of Martí's dream for a second and definitive independence. No initiative that fails to break with capitalism will be able to achieve it. As the Amauta [José Carlos Mariátegui] used to say: “The gentle toasts of diplomacy will not unite these people. In the future, it will be the historic vote that the multitude cast that will unite them.”

If compelled by pressing needs that put their profits at risk, or by some particular contradiction with imperialism, the Latin American bourgeoisie were to agree and reach some type of integration, it would always be in the benefit of their own class interests and on no account to serve the interests of their people. In no case would such a thing mean a decisive break in the relationship of dependence on the United States.

We cannot set our sights on building something on the model of the European Union (EU) on this side of the Atlantic. It is worth looking at the result of that particular example. On the one hand, the EU has not managed to resolve the deep conflict of interests between the capitalists of the different nation states and the unevenness of their development. On the other hand, the union has entailed the complete domination of banks and monopolies over people’s lives, in addition to the progressive dismantling of the welfare state and historical social conquests. The European Union is, in reality, a capitalist club, the aim of which is to favour and protect the profits of the large European corporations, by imposing cuts and attacks on the living conditions of the working class. It does not exist to serve the needs of the people.

It is just as illusory to imagine that US imperialism would take a disinterested attitude to the question of unification, and to imagine that economic integration including the United States can be achieved without conditions, without pressure, without interference, and with respect to our sovereignty. Spontaneous generosity cannot be expected from them. A tiger won’t cease eating meat just because we pray for it to become a vegetarian. The Alliance for Progress, an initiative for Latin America launched by Kennedy in 1961, was no altruistic gesture of solidarity, nor was it an expression of concern about the inequality and poverty rates plaguing our region. Rather, it was a containment strategy aimed at the Cuban Revolution, intended to prevent its example spreading as inspiration for rebellions across Latin America. Kennedy’s main objective was the prevention of an eventual revolutionary threat, not the economic development of what he considered to be his own backyard. The relaunch of any similar plan would be motivated by similar concerns and, in any case, would only serve to perpetuate relations of imperialist domination.

It could be objected that revolutions are not on the order of the day in Latin America and that such a perspective right now is totally utopian and that therefore a more realistic and practical policy should be concocted in accordance with the present conditions. Although there is no way to guarantee that a revolutionary triumph on our continent is just around the corner, nonetheless we can say that, from Alaska to Tierra del Fuego, social and political stability have become a rarity. Our people – who possess enormous and magnificent traditions of struggle – are demanding change in the streets, in the factories, in the universities, and are confronting the repressive apparatuses of their respective states. Today, the continent is simmering with explosions and social convulsions, of which Chile and Colombia are only the most illustrative examples. These are expressions of deep, long-accumulated discontent.

Crises and popular rebellions are the distinctive feature of Latin American capitalism today. If it nonetheless still exists, that is owed above all to the fact that we have not had an effective strategy to overthrow and overcome it. We need to articulate the struggles of all the oppressed peoples with a revolutionary leadership that identifies capitalism as the main and common enemy, and concentrates all its energies against it. We must make the Revolution vogue once more in this America of ours – to see in it our only effective and viable way out. The goal of the revolutionary forces cannot be simply to get into government in order to manage capitalism but with a greater redistribution of wealth.

Revolutions never seem possible until they happen. It never seems to be the right time for them to occur, and a repertoire of rational and sensible arguments are always at hand to discourage any attempt at revolution. But true utopianism would be to believe that our problems can be solved, and our unity and definitive independence achieved, without breaking with the capitalist framework. The duty of revolutionaries remains to carry out the revolution – not to limit themselves to cosmetic changes to the regimes of imperialist exploitation and vassalage. The struggle for reforms only has validity when it forms part of a functioning strategy of radical advancement. Progressivism that does not set out to transcend the limits of capitalism will not achieve any substantive and lasting improvement in the living conditions of the Latin American peoples. Much less in the current context, characterised as it is by a deep systemic crisis, which leaves little room for maneuver for the welfare policies of reformism.

On the other hand, revolutions cannot be prepared overnight. Through the molecular process of class struggle, the masses will learn for themselves the importance of organisation and the need for a deeper transformation, to overturn the entire previous economic, political and social order. They will learn to equip themselves with the most effective means to achieve such ends.

It is very good to point out the obstacles that the revolution faces, in order to better face and overcome them, but not in order to condemn it to failure in advance. When the revolutionary process breaks out, it will know no limits, and all the containment ditches constructed by the ruling class to impede it will be swept aside. Whoever expects a perfect, flawless revolution, planned down to the last detail, will be waiting forever. We have to work for it, with the materials at hand and with the opportunities that come our way. We must assist in accelerating the preparation of those conditions that will make it a reality.

A triumphant revolutionary wave in Latin America, resulting in the formation of a Latin American federation of socialist republics, would have positive effects of incalculable proportions on the working class of the rest of the world. The idea of using the resources and wealth of Latin America and the entire world in a combined way, for the benefit of all human beings, is a progressive aspiration that would allow an unprecedented development of the economy, culture and science, in a harmonious and responsible relationship with nature. This solution to the current crisis of humanity, the only really serious one, will not happen while a social order based on private property of the means of production prevails. In carrying through this struggle in practice, let us be guided by the slogan of the young Parisians of that legendary struggle of May 1968: “Be realistic: demand the impossible!”