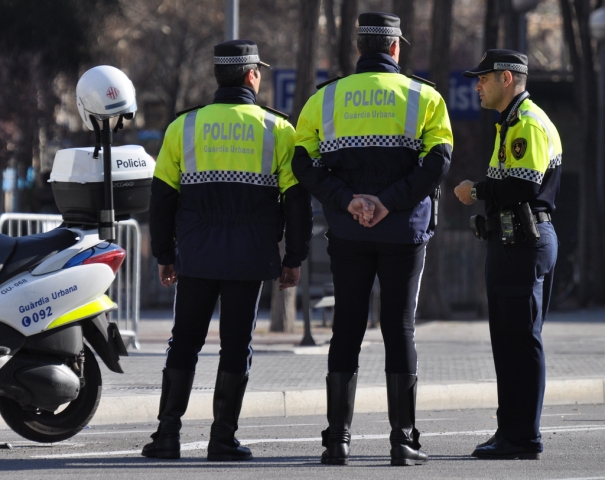 Lucha de Clases and the International Marxist Tendency strongly condemn the criminal terrorist attack carried out by ISIS activists in Barcelona. An attack which, up to now, has left thirteen dead and over a hundred injured.

A van mowed down dozens of defenceless pedestrians in the popular city centre area of Las Ramblas, which was packed with tourists and locals. We express our solidarity with the victims and their families in these moments of suffering and pain.

Immediately, as we had seen on previous occasions in Manchester and Brussels, there was a surge of spontaneous solidarity with the victims and those affected by the attack. Many have offered their homes to house tourists and residents who cannot access their hotels or their residence due to the closures of the public transport network. Taxis have been carrying people to their homes free of charge. This is the true spirit of humanity, and not the hatred, resentment and division – so cherished by the right wing and the reactionaries – to divide people over their religion, their skin colour, or their origins.

This is a thoroughly reactionary attack that goes against the interests of the working class and the immigrant workers in Spain, and against the refugees that are escaping the situation of barbarism created by imperialism in the Middle East. It will strengthen reaction on all levels, and will be used by the right wing and the imperialists to spread the poison of racism and xenophobia and to divide the working class, and will also use it as an excuse to attack the democratic rights and civil liberties of the population, in Spain and internationally.

The latest reports before the publication of this statement spoke of the arrest of two terrorists connected to the attack, although none of them participated personally. The driver of the van and his helper were also still on the run although some arrest has been made since. The Catalan police has also reported that five terrorists were shot during the night in a similar attack in the tourist town of Cambrils, in the province of Tarragona. The authorities also relate the massacre in Barcelona to a gas explosion on Wednesday in a flat in Alcanar (also in Tarragona), where the terrorists had presumably been manufacturing explosive devices.

While we condemn this cowardly and heartless attack, we do not forget for a second – as all the bourgeois governments and parties and their media do – that massacres like the one that has taken place in Barcelona, and more deadly and barbaric ones, are a daily event in countries like Syria, Iraq, Egypt, Pakistan, Nigeria, or Sudan. On many occasions, these attacks are carried out by groups that were systematically backed and financed by those that now shed crocodile tears in the governments of Europe and North America, and by their “allies” in the Middle East, like Saudi Arabia. We do not forget for a second that the people of Yemen is being butchered by indiscriminate bombings and by the state of siege and famine brought about by a coalition led by the Saudi monarchy, a friend of the Spanish royal family and of the big Spanish building companies, alongside the US and Britain.

The carnage in Barcelona has followed the pattern of similar attacks that have taken place in the last year and a half in France, Britain, and Germany, with the use of cars, vans, and trucks to mow down helpless pedestrians and inflict the greatest damage possible. As was the case in other countries, the perpetrators of the perpetrators of the attack in Barcelona are not refugees from the Middle East – as cynical and dishonest right-wing media and xenophobic groups tend to claim –, but by militants who were born, raised, and educated in Europe and who had been indoctrinated in recent years in a breeding ground of poverty, unemployment, marginality, and lumpenism in the neglected neighbourhoods in the inner cities of Paris, London, Brussels, or, indeed, in the Spanish North African exclaves of Ceuta and Melilla.

The smugness that had characterised the right-wing People’s Party (PP) government and the host of counter-terrorism “experts” about the relative immunity of Spain to these type of attacks, due to the practical experience of the fight against ETA and of the 2004 Madrid attacks, has now suffered a heavy reverse. The Spanish state was not invulnerable – as all the imperialist powers that have contributed to the havoc and devastation wreaked on the Middle East following the rapacious interests of big business and the craving for military and diplomatic control over this strategic region of the world.

Spain belongs to the so-called “International Coalition” headed by the US against Islamic terrorism. The Spanish army has 425 soldiers in Iraq, mostly for the purpose of training the Iraqi armed forces and police. Spain is also involved in the joint operation with France in Gabon and Senegal, with two transport aircraft and around a hundred troops on the ground. In Mali, some 150 Spanish soldiers have been deployed to collaborate with local forces. In Turkey, Spain has set up thirty anti-ballistic missile batteries near the Syrian border, along with 150 military personnel. In its communiqué, ISIS has precisely put forward Spain’s membership in the International Coalition as a justification for their attack in Barcelona.

The persistence of these imperialist policies, based on permanent war, bombings, death, and destruction have created the ideal hotbed for the development of ISIS and other Islamic terrorist groups in the Middle East. Moreover, in their inception, all these outfits were created and financed by the imperialists and by Saudi Arabia to destabilise and help overthrow governments that escaped their control, in Afghanistan, Iraq, Syria, Libya, etc. It is a fact that Al Qaeda, and later on ISIS, did not exist in Iraq before the ousting of Saddam Hussein, or in Syria or Libya before the imperialist interventions in the aftermath of the “Arab Spring”. The chaos and devastation generated by the invasion of Iraq, devised by war criminals like George W. Bush, Blair, and Aznar, allowed for the spread of Islamic fundamentalism across the region. This was exacerbated by the bombing of Syria and Libya after 2011, along with the training and financing of Islamist groups in those countries by the Western powers. As a ghastly omen of yesterday’s events in Barcelona, hundreds of working-class families in Madrid – half of them immigrants – paid a heavy toll for Spain’s involvement in the invasion of Iraq in 2003 in the brutal terrorist attack of March 11, 2004, where 200 people died.

If, as is likely, the response of the Spanish and Western governments to the latest attack in Barcelona is to step up the military and imperialist interventions in the Middle East, more similar attacks on European soil should be expected.

At the same time, the barbarism that we see in the Middle East will stir up de-classed Muslim youths in the impoverished inner cities of Europe, which have been hit hard by the capitalist crisis, and will fall pray to the demagogues and mullahs who are all on the payroll Saudi Arabia and the other corrupt Persian Gulf monarchies.

The close connection that has developed in the last decades between the particular form of barbarism that is Islamic terrorism and the capitalist and imperialist system is plain to see.

The Spanish left in general, and Unidos Podemos (UP) in particular, has the duty of raising the level of understanding of the masses of the population and of working-class families in relation to these events. They must point to the connection between the interests of Spanish and Western corporations and their governments and the chaos wreaked on the Middle East in the last few years, and, above all, with the emergence of Islamic terrorism, and should reveal how these two phenomena strengthen each other. Faced with the calls for “national unity” and “institutional unity” by Rajoy and the president of the Catalan region, Carles Puigdemont, the leaders of UP must flatly reject all attempts to draw them into a united front with the PP government and the right wing. They must demand the immediate withdrawal of the Spanish army from the Middle East and Africa and insist on their criticisms and opposition to military and imperialist intervention in these regions of the world.

Capitalism is incompatible with full employment and will dignified and civilised living conditions for all. And this is even more true in ghettos and inner-city slums, where ISIS finds its European recruits. Unidos Podemos must put forward bold socialist policies that offer a way out of this permanent capitalist crisis.

Unidos Podemos should call on the PSOE and the trade unions to launch a united front to defend these positions, to demand the withdrawal of Spanish troops from the Middle East and Africa, against the criminalisation of the immigrant communities from a Muslim background, against any expression of xenophobia and racism by the right wing and by fascist and reactionary groups. Above all, they must mobilise the population in opposition to any attempt by the PP to curtail further our democratic rights or to toughen the criminal code with the excuse of “fighting terrorism”, and must firmly demand the nullification of the repressive ley mordaza (gag law) and of all the other similar bills that have been passed in the last five years.

The right wing will attempt to utilise Islamic terrorism, as they had previously done with the ETA and Basque nationalist “street violence”, to criminalise social movements and our democratic demands. They will thus raise the bogeyman of Islamic terrorism against Catalonia’s democratic right of self-determination and against the independence referendum of October 1, and against the protests against the excesses of the insatiable tourism industry, or against the workers’ struggles against capitalist exploitation, like the strike at the Prat airport in Barcelona, and so on.

Faced with the attempts by the PP government to use the Barcelona attack to gain strength, to conceal their corruption scandals, and to curb the rising tide of workers’ struggles, Unidos Podemos must rally all the healthy and progressive forces in Spanish society, must agitate and explain with greater determination than ever before the need to bring down the PP government, showing that its foreign policy, which collaborates and connives with the imperialist policies of Europe and the US, will only give way to more terrorist attacks, more suffering and pain for the working-class families of Spain.