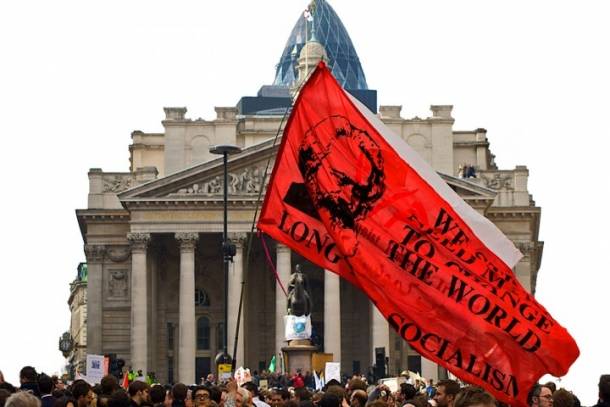 “The Governor of the Bank of England has warned that massive job losses driven by technology could resuscitate Marxism in the West,” announced the Daily Telegraph recently.

“Mark Carney said that the expected automation of millions of blue and white collar jobs, bringing with it weak wage growth for those in work, may lead to the ideas behind Communism winning new fans,” continued the Torygraph grimly, no doubt shocking their more wealthy readers to the core.

This is serious stuff. Mark Carney is not a red-blooded revolutionary. In his position as head of the Bank of England, he is a leading representative of the ruling class and a key defender of the capitalism system. Yet he believes that capitalism is undermining itself, destroying jobs and creating obscene inequality.

As a result, Carney now says, “If this world of surplus labour comes to pass, Marx and Engels may again become relevant.”

After a 25 year onslaught against Marxist ideas, this is truly a remarkable statement.

Carney is belatedly sounding the alarm bells for capitalism. He is warning the ruling class: Danger ahead! You need to wake up! The backlash against capitalism is stirring up revolutionary feelings.

Ironically, it is only now that the penny has dropped for our top banker, ten long years after the biggest slump since the Depression. The crisis and contradictions of capitalism are already creating large-scale opposition to the system, resulting in a revival of Marxism and Marxist ideas in Britain and internationally.

150 years ago, productivity soared as new technology accelerated the pace of manufacturing. But average wages stagnated for decades, as the introduction of machines meant that only low-skilled jobs were now created. 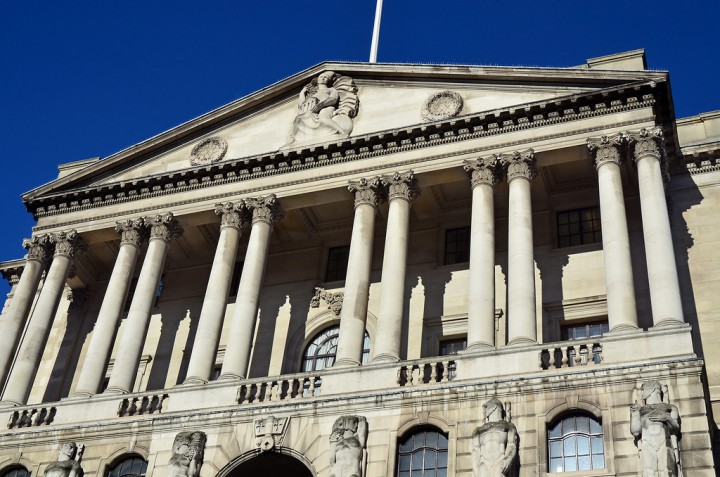 Governor of the Bank of England: “If you substitute platforms for textile mills, machine learning for steam engines, Twitter for the telegraph, you have exactly the same dynamics as existed 150 years ago – when Karl Marx was scribbling the Communist Manifesto.” / Image: George Rex

The BoE head noted that this stagnation in pay is known as “the Engels’ Pause”.

Mr Carney believes that the recent years of weak wage growth since the capitalist crisis could indicate that this 19th century experience is being repeated right now. Indeed it is.

The Governor has warned that, “If you substitute platforms for textile mills, machine learning for steam engines, Twitter for the telegraph, you have exactly the same dynamics as existed 150 years ago – when Karl Marx was scribbling the Communist Manifesto.”

Today, real wages are still falling dramatically. Living standards are being squeezed as never before. These attacks are especially hitting young people, who face an increasingly uncertain future.

According to the Living Wage Foundation, more than one-in-three working parents can no longer afford to have regular meals. Two out of every five people fail to pay household bills on time. A third of us now walk to work to avoid rising transport costs. The number of people stuck on zero-hour contracts is fast approaching the two-million mark.

And with greater profits going to those who own the factories, rather than to workers, inequality is increasing further.

The strategists of capital are getting increasingly alarmed. The International Monetary Fund (IMF) is worried by the exceptionally high levels of debt. These are higher than the previous peak of 2009.

The IMF also warns that people are losing faith in their governments. Public optimism is being “eroded” by “long-standing trends of job and wage polarisation, coupled with persistent sub-par growth in median wages,” says Mr Obstfeld of the IMF.

Marxism is certainly becoming more appealing these days. This is because the capitalist system, as Marx explained long ago, is in a deep crisis.

Marx explained how capitalism could not be reformed (as some still believe), due to the laws of capitalism and accumulation. Capitalism is based on the drive for increased profits. Profits, however, can only come from the unpaid labour of the working class.

Marx outlined that the working day can in effect be divided into two sections. Part of the time the worker works to produce enough value to cover his/her wages. The rest of the time he/she produces surplus value (i.e. profits) for the boss.

The problem is that the workers cannot buy back with their wages the full value of what their labour has produced. The capitalists try to get round this contradiction by investing the surplus value back into production. This allows the system to continue expanding – but only by increasing productive capacity. This eventually leads to a crisis of overproduction, as we saw in 2008.

The capitalist system, which played a progressive role in the distant past, has now exhausted itself. It has reached its limits and is in terminal decline.

Despite all the best efforts of today’s economists, they cannot put the capitalist Humpty Dumpty back together again. The system continues to limp along, but only at the expense of the working class.

Even the advances in technology threaten the capitalist system, by impoverishing workers and generating even greater inequalities.

Another economist, Paul Ormerod, however, has responded by criticising the Bank of England’s governor for being too pessimistic. He says Marx was wrong.

“The future looks more optimistic than either Marx or Carney suggest,” writes Ormerod in the CITYAM newspaper. “[Marx wrongly] believed that the capitalist class would expropriate all the gains [and that] wages would remain close to subsistence levels.” 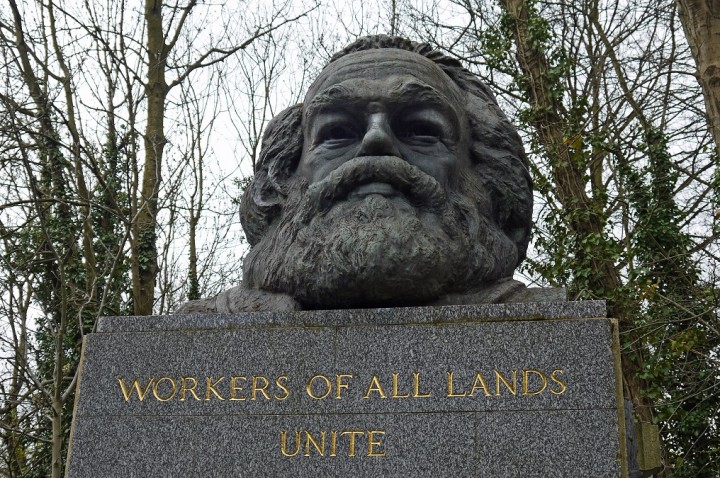 Marx's theory proves its prescience with every passing day of the capitalist crisis / Image: Flickr, Duncan

This is an oversimplification of Marx – and it ignores the reality facing millions of ordinary people. In this period of massive profits for the capitalists, is it not a fact that the conditions and wages of the workers are being driven down, whilst the rich get ever richer?

In the last decade, real wages have fallen faster than in any decade since 1750. Workers are forced to participate in a race to the bottom. The share of national income going back to workers in the form of wages has been going down for decades. Even Ormerod admits that, in the advanced economies, the share going to labour was 56 percent of national income in the mid-1970s, but has now fallen to 51 percent.

Capitalism is in an insoluble crisis. The future is looking very bleak. Even the most serious strategists can now see this. It is therefore necessary for us to draw the conclusion: we cannot reform this crisis-ridden capitalist system.

Capitalism has to be done away with and replaced with a rationally-planned economy, run not for profit but for need. It must be the task of a socialist Corbyn-led government to put an end to this failed system once and for all.