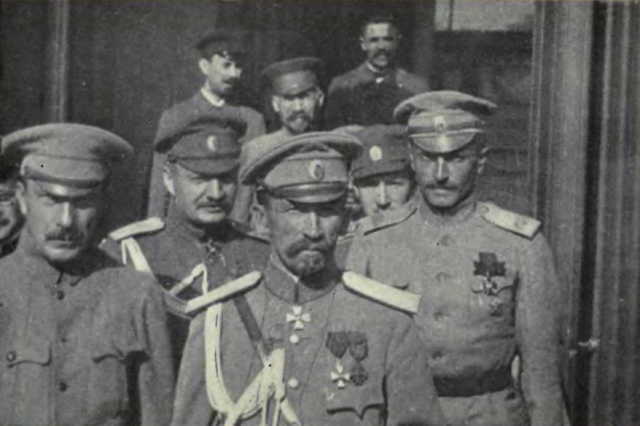 In this latest video from our series on the 1917 Russian Revolution, Alan Woods - author of "Bolshevism: from Revolution to Counter-Revolution" - discusses the failed coup attempt by General Kornilov and the impact this had on the political consciousness of the masses.

Following the events of the "July Days" in 1917, the Bolsheviks were driven underground and the forces of reaction were emboldened. Nevertheless, the terrible conditions facing the workers, peasants, and soldiers meant that the radical mood amongst the masses did not go away. This process culminated in the reactionary forces coalescing around General Kornilov, who attempt to march on Petrograd and crush the revolutionary movement in its entirety. But, with the Bolsheviks taking a leading role, the organised working class was able to defend the city against Kornilov's coup. As a result, Lenin and Bolshevik Party won the support of the vast majority of the workers and soldiers, preparing the way for the October Revolution.