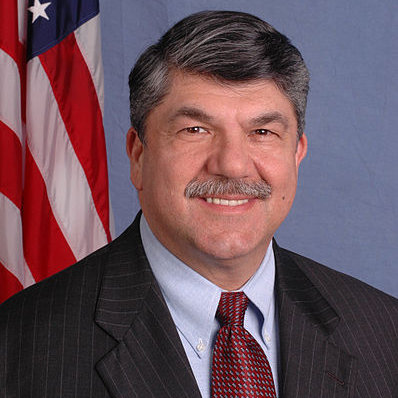 In classic "divide and rule" fashion, Donald Trump seeks to drive a wedge into the working class. By giving tiny crumbs to a few and scapegoating others, he hopes to distract us from the real source of the problems faced by all workers: capitalism.

Contrary to the poisonous rhetoric of the so-called "white" and "economic" nationalists, the fundamental dividing line in society isn't urban versus rural, Christian versus Muslim, or immigrant versus native-born. It is class—with the workers standing on one side of the barricades and the capitalists on the other.

Labor unions are the front-line of defense against the capitalists, a way for workers to collectively confront the bosses to improve wages and conditions by threatening to withhold their labor. On average, unionized workers enjoy significantly better wages, benefits, conditions, and protections than nonunion workers.

The eight-hour day, weekends, pensions, paid vacations, and more were won by a militant strategy and a left-wing leadership, not through business unionism and class collaboration. But all of this is an impossible dream for millions of workers who must endure low wages, no benefits, unsafe conditions, precarious employment, irregular scheduling, split shifts, and arbitrary dismissals.

Unfortunately, the current crop of labor leaders has led the movement into a dead end. With this or that exception, they have accepted decades of concessions and moved might and main to keep their own members in check. In the name of a class-collaborationist "team partnership," they use the unions to control the workers and impose give-backs on behalf of the bosses. Far from representing the workers’ interests as a whole, the union bureaucrats represent an objective obstacle to working class militancy and struggle.

As an example, take the president of the AFL-CIO labor federation. In the face of Trump's intensifying assault on labor, has Richard Trumka appealed to common interests of all workers—those in and out of the AFL-CIO, the trades, industrial, service, and public sector unions, the organized and unorganized, the documented and undocumented? Has he called for a break with the Democrats and the formation of a labor party? Has he called for a general strike to stop the terrorizing of immigrant workers and pending national “right to work” legislation? Far from it. He continues to tail-end the Democrats, has praised Trump’s protectionism and called their meeting “honest and productive.”

The petty in-fighting and cowardice of the labor leaders, who grovel before Trump and sell out the rest of their class for a handful of temporary jobs is disgusting to the most class-conscious workers and youth. They want real change and are not attracted by stale defeatism and those who accept the status quo. They instinctively understand that the only way forward is to embrace the principle that the workers’ and bosses’ interests are diametrically opposed. Only by collectively withholding our labor and shutting down production can we disrupt the flow of commodities and services and strike at the bosses’ fundamental interests: profits. 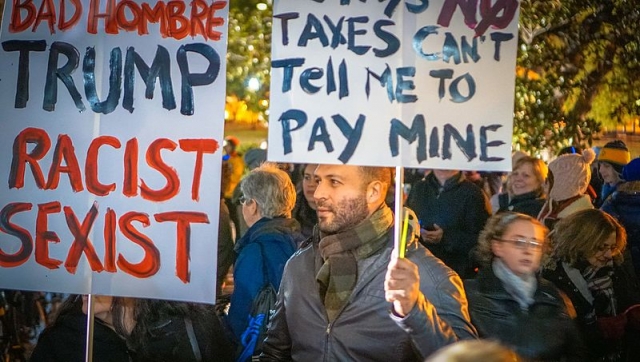 The struggles that have simmered the last few years must be taken to the next level. No matter how well-intentioned, an informational picket is not a strike. Solidarity is the workers’ strongest weapon, and laws and injunctions against solidarity strikes will have to be disregarded as the real class balance of forces is measured in the workplaces and on the streets. Instead of organizing consumer boycotts and protesting Walmart from the outside, workers’ solidarity strike action across the distribution chain has the power to paralyze this colossal company at the ports, on the highways and railways, at the warehouses, and in the stores. The fight for $15 is only the first step and must include an all-out effort to unionize, as modestly higher wages are not enough to guarantee a decent quality of life. And to protect our immigrant sisters and brothers, “A Day Without a Mexican” is far from sufficient. Organized labor must set a date and build for a day with no workers whatsoever—an all-out general strike to prove in practice that an injury to one is an injury to all.

None of this will come about overnight or without perseverance in the face of fierce resistance by the bosses and their state. American workers have had their heads down for many years and most are not willing to risk their livelihoods just to “send a message.” They have to know their sacrifices will be worthwhile and stand a good chance of success. There is no way to predict precisely when they will move. But we can say this: the pressure is building and when they do enter the scene of history, nothing on earth will be able to stop the elemental power of the class-conscious working class. As Marx and Engels put it in the Communist Manifesto: "let the ruling classes tremble!"