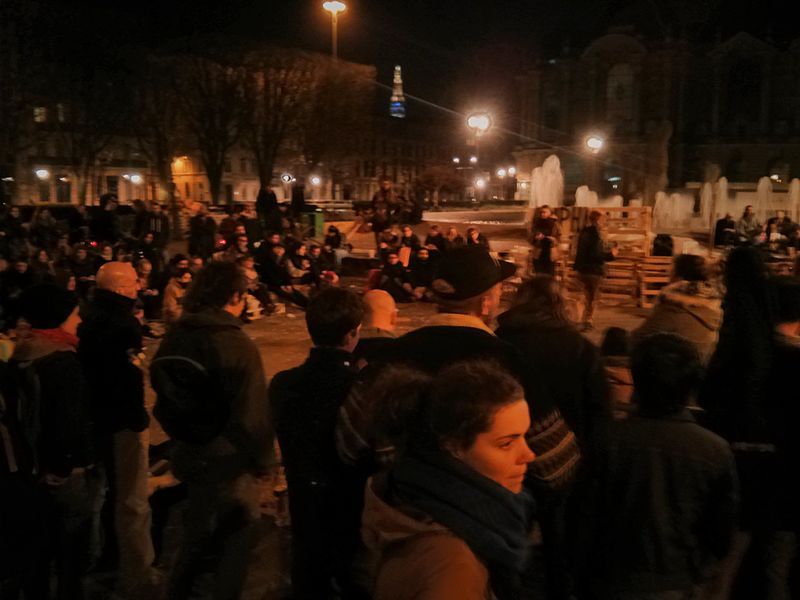 Since their launch in Paris on March 31st, the "Night Stands Up" (#NuitDebout) movement has been a huge success. Very quickly it has spread to other French cities. 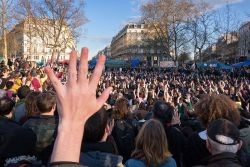 The massive occupation of public spaces clearly recalls the Indignados in Spain, "Occupy Wall Street" in the US and the occupation of Syntagma Square in Athens. All these movements took place in 2011, in the wake of the revolutionary explosion in Egypt, where the occupation of Tahrir Square had played a central role.

At the time of those movements, in France there was a failed attempt to occupy the esplanade of La Défense. Five years later, during the struggle against the Labour Law, "Night Stands Up" has immediately acquired a mass character. This movement has the same basic characteristics as those of 2011. It relies mainly - but not only - on the youth, which has been radicalized by the crisis of capitalism and austerity policies. In Paris, every evening, Republic Square is transformed into a big meeting which expresses the rejection of a bankrupt system that only benefits a small minority of the population (the "one percent").

"Night Stands Up" also express a profound rejection of the entire political system and its traditional parties, including of course the ruling PS (Socialist Party). Bourgeois "democracy" is slammed. This movement came as a surprise for the "observers" and "experts" of the mainstream media, who interpreted the massive abstention of youth in the last election as a symptom of its political "apathy", or even their "individualism ".

Many of those who address these meetings, one after the other, have no experience of having been members of political parties. But many of them are engaged in associations or movements that fight against this or that injustice. They share their experiences, explain their difficulties and make an appeal for a call for those interested to join in. The withdrawal of the Labour law features as one of the demands, but in reality, the movement is against the system as a whole. The revolutionary implications of this movement are obvious. The mobilization of the youth is invariably a sign showing that major political and social events are being prepared in France.

Although the "Night Stands Up" movement has a largely spontaneous character, the activists and intellectuals had prepared the night of March 31st with energy for weeks. And they formulated two correct ideas: 1) the problem is not only the Labour Law, but "their world", that is to say, the economic and social order that requires this kind of counter-reform; 2) the fight against this law is essential, but the government will not give in faced with a succession of "days of action" without any clear plan. The university lecturer Frédéric Lordon was applauded wildly when he explained, at Republic Square, that a "general strike" was the only chance of achieving victory.

This is the same idea that we argued in a recent article on the strengths and weaknesses of the movement against the labour law. The government will not retreat unless it is faced by the development of an all out "renewable" strike [in France this is militant tradition where the decision to continue a strike is voted on a daily basis by mass assemblies] embracing a growing number of economic sectors - or, at least, if it sees that such a movement is about to begin. This is why it brutally represses the mobilization of the youth, which it fears could spur the workers into action. However, the confederal union leaders do not have the slightest intention to prepare a renewable strike. They offer no other horizon to the movement than yet another day of action on April 28th. And what will come after that? Another "day of action"? And after that one...? 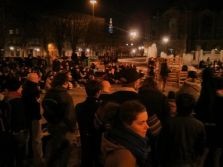 The "Night Stands Up" movement can not substitute itself for the organization, in every workplace, of a renewable strike movement. But they can push in that direction by linking up with the labour movement. Furthermore, they constitute a formidable political experience for the tens of thousands of young people and workers who participate in the movement. Above all, they show the way for the entire labour movement - towards a break with the "system". This correct idea, that the leaders of the left parties and trade unions have abandoned, must be developed in the form of a revolutionary programme. Yes, we must sweep aside the "world of the Labour Act" and replace it by another world, a world where the youth and workers democratically control the economy and the state, so that they are managed in the interests of the many - and not those of a few billionaires. A "socialist" world in the Marxist sense of the term.

Source: The "Night Stands Up" movement - a nightmare for the "one percent"