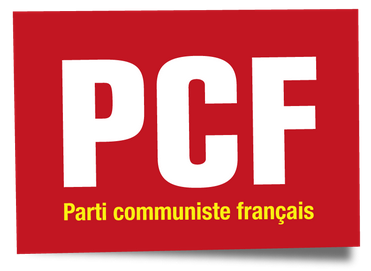 The 2017 presidential election is at the heart of a new, profound crisis in the French Communist Party (PCF). The National Secretary of the party, Pierre Laurent, has for several months been calling for a “common candidate” of the “living forces of the left,” and says that he regrets the “division.” In the name of this approach, the leadership of the PCF has refused to involve the party and its activists in the campaign of Jean-Luc Mélenchon, who was the candidate for the Left Front in the presidential election of 2012.

But what are these “living forces of the left” that he wants to unite? In this, Pierre Laurent includes, among others, Cécile Duflot (Greens), Benoît Hamon (Socialist Party), and Arnaud Montebourg (Socialist Party), that is to say, three ex-ministers of the François Hollande government. These “living forces” are, therefore, right from the start, marked with a deadly seal. In the current context, anyone who is associated, in one way or another, with the austerity politics put in place by François Hollande since 2012, immediately finds themselves discredited among the radicalized layers of workers and youth. 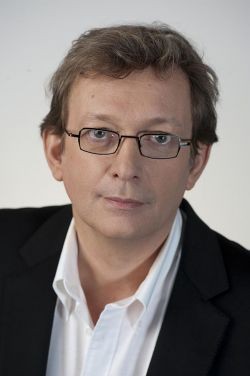 Pierre Laurent - Photo: Fabrice Nicolle - PCFAdditionally, none of the three ex-ministers in question have any intention of joining this “unity” that Pierre Laurent is calling for. When push comes to shove, each of the aforementioned ministers wants the other to get behind them. Meanwhile, Hamon and Montebourg are committed to uniting behind the winner of the Socialist Party primary, whether it is François Hollande or any of the other representatives of the right wing of the Socialist Party. The leadership of the French Communist Party can lament this situation, launch petitions, and make appeals, but this changes nothing. The facts remain the same, and that fact is that the candidacy of Jean-Luc Mélenchon is the only left alternative to the Socialist Party capable of crystallizing a mass opposition to counter-reforms and austerity policies.

The relationship with the Socialist Party 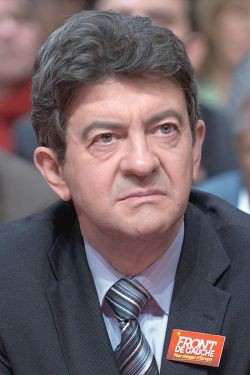 Jean-Luc Melenchon - Photo: Marie-Lan NguyenPierre Laurent is not blind to this reality: he sees the situation exactly as we do. However, the National Secretary of the French Communist Party has a problem; namely, that Jean-Luc Mélenchon defends the idea of a complete break with the Socialist Party. For decades, the apparatus of the French Communist Party—most notably a section of its elected officials—has fallen into an organic dependence on the apparatus of the Socialist Party. This phenomenon was exemplified in the 2014 municipal elections when the French Communist Party opted for a joint ticket with the Socialist Party as early as the first round in numerous cities. In the party branches, the same tired mantra of “we need to save the maximum number of elected officials as possible” is recited every time there is talk of bringing such alliances to an end. Pierre Laurent’s “unity” strategy for 2017 is nothing but a maneuver to bide time and avoid the question, and in so doing, leaving open the possibility of future alliances with the Socialist Party.

In this context, there is a growing number of communist militants who support the candidacy of Mélenchon and are getting involved in his campaign. At the national level, as is the case in the federations, the apparatus of the party is fractured. More and more, leading cadres in the party are appealing for support for Mélenchon. They understand that Pierre Laurent’s narrow-minded focus on the interests of the apparatus is perilous. Some of the ridicule towards Mélenchon’s candidacy makes it seem like the current mood in the leadership of the party is “every man for himself,” without principles. At the very least, this illustrates the depth of the crisis the French Communist Party is going through.

François Hollande - Matthieu Riegler Barring any other alternatives, it is possible that Pierre Laurent will end up supporting Mélenchon’s candidacy, albeit support in the form of lip service. Yet with three weeks to go until the French Communist Party’s slated discussion on its strategy for 2017 at the national conference, Pierre Laurent maintains the line of “unity.” We have already gone over the main implication of this line: the preservation of links with the Socialist Party. Laurent’s main argument for broad left unity, among many others, is that “it would be crazy to let the extreme right to take the reins” of power in 2017. To this day, he emphasizes polls that show the right and extreme right qualifying for the second round of the presidential election. He then argues there is a need for a left candidate to change the game. To do this he states that we must avoid division on the left and work towards the building unity among the “living forces of the left.”

What is the meaning of the polls Pierre Laurent is continually bringing up? They confirm the mass rejection of the Socialist Party. Why is the Socialist Party discredited? Because the “socialist” government betrayed its campaign promises and has put forward a reactionary political program that represents the interests of big business and involved Hamon, Duflon, and Montebourg as ministers. It is also the result of the classic role which social-democratic leadership plays: betraying the hopes of the masses, and in doing so, paving the way for the right to come back to power.

In this context, the priority is to encourage the emergence of a left alternative to the Socialist Party leadership. In 2017, the candidacy of Jean-Luc Mélenchon is the only such entity that is likely to fulfill this objective. This reality did not emerge out of thin air. Mélenchon was the 2012 Left Front candidate, where he received 4 million votes (11%). Today, polls place him in the vicinity of 14% (up from 6% in 2011). This is not surprising. Because of the reality of the current crisis of capitalism and the fact that each government that has come to power in the past few decades has been discredited, there is a polarization to the right and to the left. Mélenchon’s campaign could therefore do much better today than in 2012. To this day Mélenchon’s candidacy seems like the best opportunity, if not the only one, to beat the right and far-right in May 2017. However, even if Mélenchon does not qualify for the second round of the presidential election, his campaign is an opportunity to develop a mass political movement against the austerity policies and counter-reforms. Without such a movement, nothing will be possible.

If the leadership of the French Communist Party mobilizes all of its forces to support Mélenchon’s campaign, they will make a viable left alternative to the Socialist Party possible. The tens of thousands of communist militants would be a major asset to the “rebellious France” campaign. Instead of this, Pierre Laurent procrastinates, launching appeals and petitions, all the while threatening the future of the Communist Party itself. Communist militants must not accept it.

“But we have differences with Mélenchon!” respond certain communist militants. So do we. In particular, we think that the programme of “rebellious France” cannot be implemented without breaking with the capitalist system. Meanwhile, the fact is that Mélenchon is now situated to the left, not only of Montebourg and company, but also of the national leadership of the French Communist Party, which is unable to make the necessary break with the Socialist Party and is gradually removing anything communist from the party program. This is the crux of the problem facing communist militants in the party who want to see the revolutionary transformation of society. With the current political line of the Communist Party’s leadership where it is, putting forward a candidate from the ranks of the Communist Party will not solve these problems. A much better idea would be to defend the genuine ideas of communism within the framework of the Mélenchon campaign. This is the approach that will serve communist ideas as well as the future of the Communist Party of France.