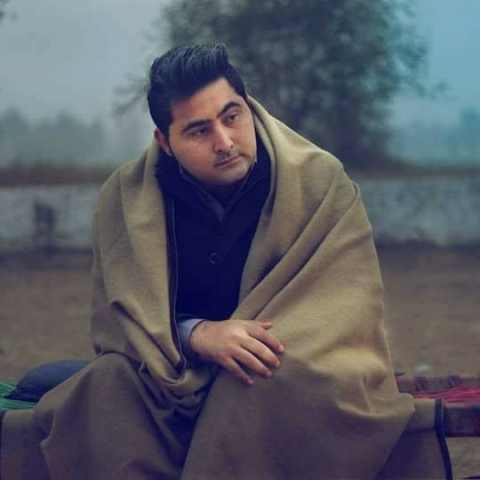 The brutal lynching of Mashal Khan, a 23 year old student of journalism in Abdul Wali Khan University, by a fundamentalist mob is a new and shocking example of the reign of terror that is being waged against left-wing and progressive forces in Pakistan. Even by the barbaric standards of fundamentalist violence, this murder was characterised by its extreme savagery. Dragged from his hostel room, Mashal Khan was battered with wooden planks before being shot dead. Not satisfied by this butchery, those cowardly murderers then proceeded to desecrate and humiliate his dead body.

The imperialist hypocrites and the western “liberal” media that are always quick to denounce real or imaginary crimes in Syria remain silent about the crimes committed on a daily basis by their allies and stooges in Pakistan. Crimes like the murder of Mashal Khan do not even merit a small footnote in the press in “democratic” Britain or the USA.

But this heinous crime has aroused the anger and indignation of students and workers all over Pakistan. Protests have been held in many campuses and universities across the country. Students are demanding an end to state-sponsored terrorism. They are calling for the death penalty for the bloodthirsty murderers of Mashal Khan.

But everybody knows that no justice can be expected from the rotten, corrupt and reactionary Pakistan state. It is an open secret that the state itself is complicit in these murderous assaults. It actively supports, encourages and finances the fundamentalist organizations that carry out constant bloody atrocities that always go unpunished. The state itself is the biggest terrorist of all. Without its support, the fundamentalist gangs would collapse very swiftly.

The Progressive Youth Alliance is playing a very active role in the campaign of solidarity with Mashal Khan and his family. We express full support and solidarity with our comrades of the PYA. The IMT is one hundred percent in agreement with their position that the only way out for the youth is to fight against the state and the imperialist powers that finance and support the forces of Islamic fundamentalism in Pakistan and the whole region.

The problem goes far beyond the question of the education of the youth. In order to solve the problem of education, health, housing, unemployment and all the other evils that beset the people of Pakistan, it is necessary to take a big brush and sweep society clean of all the accumulated muck of capitalism, feudalism and imperialism.

May the campaign of protests against the vicious murder of our brother Mashal Khan continue and intensify! May it reach every campus, factory and village in Pakistan! May it develop further into an all-out struggle, not just to punish the murderers but to expose and punish those who stand behind them, hiding behind official titles and positions.

In order to cure a disease it is necessary to deal, not with the apparent symptoms but with the underlying causes. That means: the overthrow of a senile socio-economic system that is the fertile soil upon which the evils of terrorism, fundamentalism, sectarian strife, murder and mayhem can flourish and grow like poisonous weeds.

Mashal Khan was the finest representative of the most advanced and progressive youth of Pakistan. That is why he was murdered. In his hostel room portraits of Karl Marx and Che Guevera were found hanging on the walls. And among the slogans written on the walls of his room were the words: "Workers of the World Unite!"

Comrades! The workers and youth of the whole world are united in their condemnation of this dastardly act. We salute the memory of a brave fighter who was not afraid to die for the cause of justice. His death must serve as a rallying call to all those who love the cause for which he gave his life. Let our rallying cry be:

Avenge the murder of Mashal Khan!

Step up the protests!

Down with the system based upon corruption, oppression and violence against the people!

Down with capitalism, landlordism and imperialism!

For a workers’ and peasants’ government: the only government that will end barbaric oppression and bring justice for all!