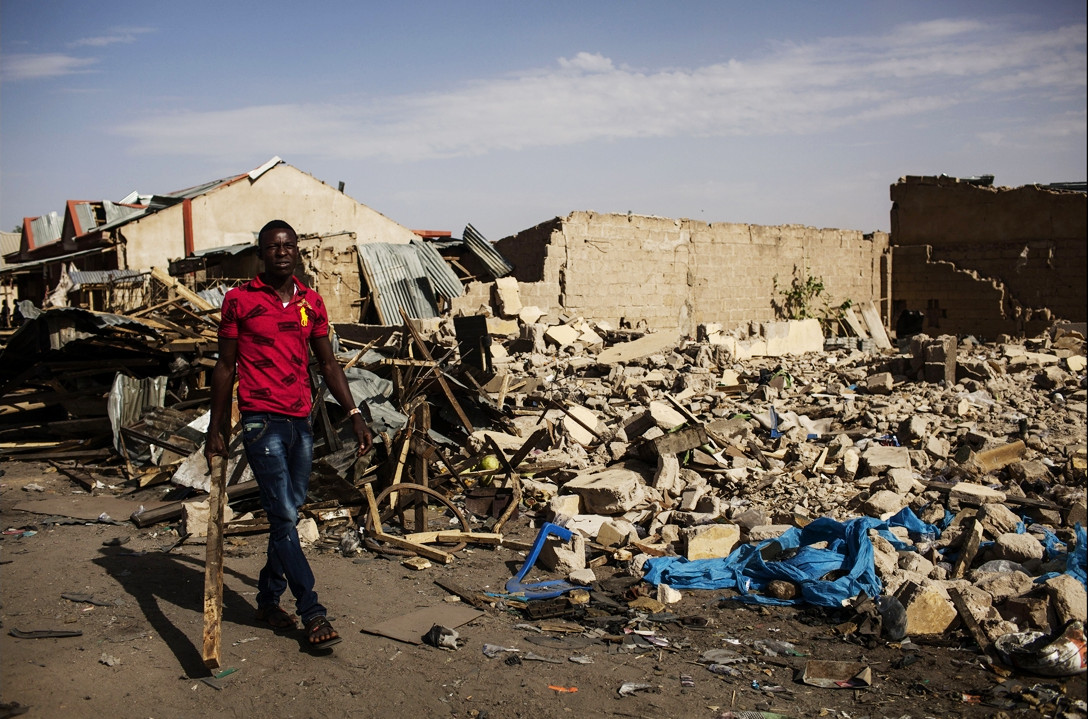 Boko Haram has carried out a number of suicide bomb attacks, such as the one that took place in Maiduguri in northern Nigeria earlier this week, in which 78 people were killed. Over the last four years, suicide bombings have become one of the avowed weapons of the right-wing Boko Haram insurgency campaign in Nigeria, especially in the northern part of the country. Musa Atiku explains the background to all this.

In the past, we have had suicide bombers detonating strapped bombs in Abuja, the Federal Capital Territory, Niger, Bornu, Adamawa, Yobe, Plateau, Kaduna and Kano States, killing hundreds of innocent people in the process. Whereas in most of the instances where bombs were sporadically detonated, the political colouration and perceived intents were vague in content as per those targeted, the July 23, 2014 twin-suicide bombings in Kaduna state and the July 27-28, 2014 Kano carnage appeared to have a different colouration from the usual suicide bombings.

On 23rd July 2014 in the northern state of Kaduna, twin-suicide bombings targeted both General Muhammadu Buhari, a former Head of State and opposition politician with a massive following, and a prominent Islamic Cleric, Sheikh Dahiru Bauchi. The two men survived unhurt but at least 40 people were killed while several others were injured in the separate blasts which occurred about an hour apart. 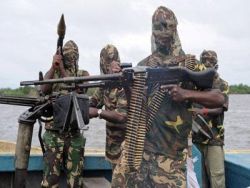 Four days later, Boko Haram launched a series of attacks in another northern state of Kano starting with an attack on the Christian neighbourhood of Sabon Gari where explosives were thrown into a church while a service was going on. This was followed by multiple suicide bombings the following day. The suicide bombings were novel in the sense that the insurgents used underage female suicide bombers. The targets included a gathering of women buying kerosene in a fuel station, a shopping mall and a group of students checking a deployment list for post-graduation mandatory national service.

Similar attacks also occurred in both cities in September 2014, particularly nauseating was the bestial bomb explosion and indiscriminate shooting at the Federal College of Education in Kano where many students were killed.

What is the Meaning of these Attacks?

The attempts on the lives of the Sufi sect leader and the leading opposition politician in Kaduna were obviously meant to precipitate an ethno-religious crisis and further split the Nigerian workers and youth along ethnic and religious lines. It must be said that this is by no means a new tactic by Boko Haram. The insurgents had earlier utilized such lines of division created by the backward Nigerian bourgeoisie. The indigene-settler and minority-majority conflicts easily come to mind.

Throughout 2011 and beyond, the insurgents had made one of their primary targets the Christian minority populations in the northern part of the country. This took the form of bombings and sniper attacks on Sunday church services attended mostly by women and children. The insurgents also attacked churches in areas with Muslim-minority populations under the banner of defending Islam and Muslim minorities. All these were attempts to further create division among the Nigerian masses and create sympathy for the insurgents among Muslim locals, especially if there were revenge attacks by Christian fundamentalists on innocent Muslims.

The attacks on Buhari and Sheik Dahiru Bauchi should also be seen in this light. Some bourgeois politicians from the northern Nigeria have been for some time reinforcing the bigoted notion that Boko Haram was the creation of the Christian-led Federal Government to destroy the mainly Muslim northern region. Elimination of a leading Muslim religious leader and Buhari, who has a massive cult following especially in the North, would reinforce such message of bigotry. It may even throw the northern region into an ethno-religious war. Boko Haram had this scenario in their mind when they planned the attacks.

The use of girl suicide bombers in Kano indicates a desperate attempt by the insurgents to prove their reach and capability after the decisive defeat they suffered at the hands of the self-defence groups in Borno, popularly known as Civilian JTF. The absence of accompanying gunmen in such suicide bombings carried out by small girls may well indicate the extremely limited capability of the insurgents. This contrasts sharply with the sect's January 2012 attacks in Kano, which was meant to extinguish the revolutionary storm of the uprising triggered by the removal of the fuel subsidy, an uprising whose centre was shifting to Kano then.

Workers’ Alternative has always maintained that the only way to defeat the insurgents is through an organised popular resistance through democratic self-defence committees in neighbourhoods, schools and workplaces with the organized labour (NLC/TUC) taking a lead. The phenomenon of the Civilian JTF (in spite of the limitations) and its remarkable success in Borno reveals how self-defence can emerge spontaneously. But we neither worship nor bow to spontaneity; the fact that Civilian JTF units face the real possibility of being hijacked by the same bourgeois politicians responsible for creating Boko Haram, this fact reveals the limits of spontaneity.

However, while supporters of this Paper (workersalternative.com) are still only a modest force and not strong enough to lead the formation of self-defence committees on a conscious basis, our potent idea can provide the requisite ideological lead, notwithstanding the lack of forces to provide an organisational lead. This is why we place the responsibility on the shoulders of the leadership of organised labour, the NLC/TUC. Self-defence committees in motor parks, churches, mosques and markets have already started sprouting in Kano. Labour leaders must give teeth and conscious class colouration to this development and take the responsibility of leading this spontaneous process.

In tertiary institutions, which appear to be prime targets of the insurgents, students' and teachers' unions must, as a matter of urgency, build democratic self-defence committees. Self-defence committees not only provide the most effective way of defeating the insurgents, they also teach the workers the tasks of democratic self-governance, independent of the bourgeois state. This also raises the need for a radical transformation of society. So long as Nigeria remains a capitalist country under imperialist domination, phenomena such as Boko Haram will continue to exist. They are a tool in the hands of the bourgeois elite to divide society along ethnic lines. However, the real fundamental divide is the class divide and the only way to put an end to this is to raise the need for a socialist state, a genuinely democratic state where the armed working people replace the standing bourgeois army. Only then will this nightmare really end.