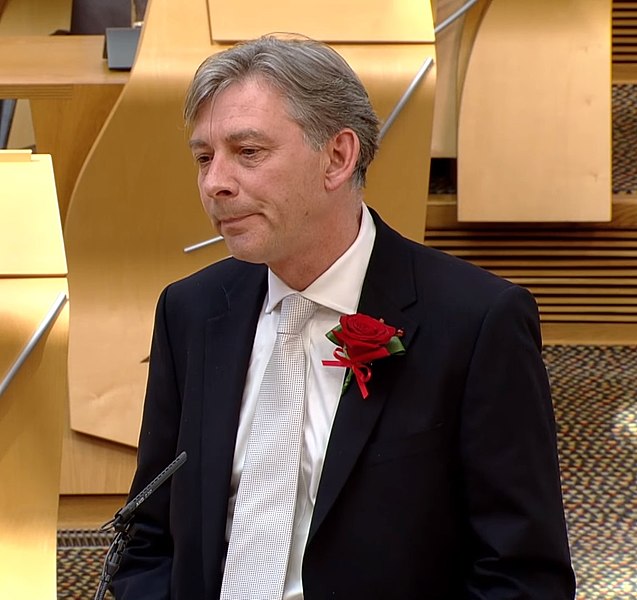 Richard Leonard, the left candidate for Scottish Labour leader, has won a close fought race to succeed Kezia Dugdale. His victory represents the most significant gain for the Left in its struggle to win control of the overall party since Corbyn’s victory itself.

Since Corbyn became leader, the Scottish Labour Party has been one of the strongest redoubts for the right wing, so victory for the Left here is yet another blow to the Blairites, strengthening Corbyn’s hand.

Leonard’s victory is therefore a big step forward. Corbyn needs to win back Scotland to Labour if he is to win the next general election. That can’t be done on a Blairite ticket. The idea that this might be the way forward - in a country that had abandoned Labour precisely because of Blairism - was always absurd, but this year’s general election provided the proof. 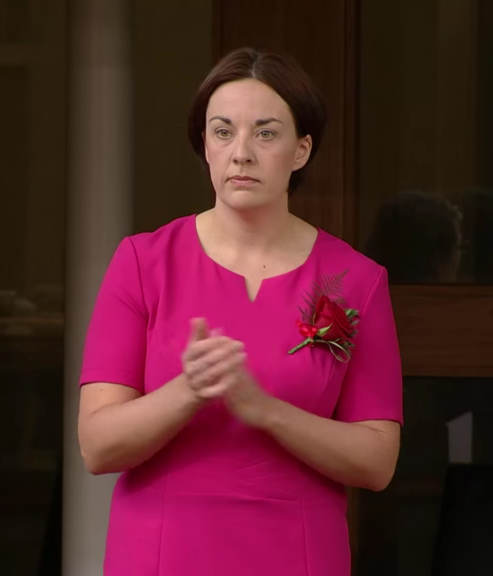 Kezia Dugdale jumped before she was pushed / Image: Scottish Parliament

Labour made significant gains and clearly won back some support from the SNP, not because of Dugdale’s tepid leadership, but because of the mass movement across the UK around Corbyn and Labour.

Leonard fought the contest against the candidate of the Blairites, the ‘moderate’ Anas Sarwar. Sarwar’s campaign was undermined by the revelation that his family’s cash-and-carry business does not pay its employees a living wage, and that he sends his children to private school.

Leonard, on the other hand, is a lifelong trade unionist. Sarwar represents precisely the class that Labour was founded to fight against, and he represents exactly why this was necessary - because this class lives off their exploitation of the working class.

It is Corbyn and Leonard’s task now to transform the party into a means of socialist struggle against the rich. Unfortunately, since winning, however, Leonard has extended an olive branch to Sarwar, calling him “a friend and a comrade...too talented and experienced not to be on the frontbench at Holyrood.”

Attack the SNP from the Left

Elsewhere, following his victory, Leonard has said that, “over the coming months, we will set up 12 policy reviews and a commission on tax to further develop our policies on the vital issues facing Scotland.”

“We can and must change our society. We will challenge austerity from the SNP in Holyrood and the Tories in Westminster. Inequality, injustice and poverty are not inevitable. Together, we can seize the day and, as John Smith said when he became Labour leader, ‘persuade millions of the strength of our vision, the relevance of our policies and the urgency of our demand for change’. Labour has changed, and now we are determined to change Scotland. That is our task; it is one I am confident that we can achieve together.”

This is a step in the right direction. But winning back Scotland will be a very difficult task, since the SNP remain the larger party by far, and have already won the loyalty of many workers and youth with their left rhetoric. 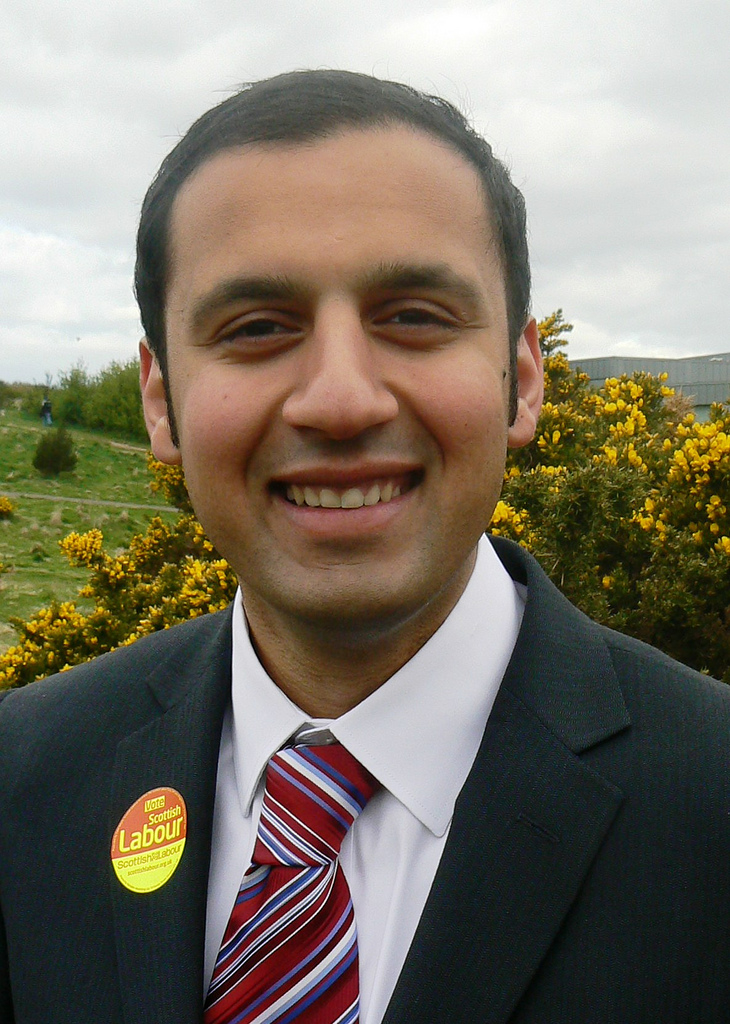 Labour must take a leaf out of the book of Corbyn’s general election campaign (and indeed the 2014 Yes campaign in the independence referendum). It must organise mass rallies around bold, socialist slogans to transform society. It must relentlessly attack the SNP from the left. It has been trying to do so for a while, but with a weak and obviously right-wing local leadership. Now it must go on the offensive, armed with socialist policies.

The election itself highlights that the Left remains weaker in Scotland than elsewhere - mainly because the equivalent of those who joined Labour to back Corbyn in the rest of the UK are, in many cases, already SNP members. A breakdown of the result makes this clear:

Leonard just won the vote of party members, with a much smaller proportion than Corbyn won in 2016, when he beat Owen Smith with 59% of members.

What is also of note is not so much that Leonard lost the vote amongst registered supporters (those paying a temporary fee to vote), but that only 79 people bothered to sign up and vote! Compare this to the extraordinary surge of such people in the two national leadership elections Corbyn contested: about one-third as many people voted (as registered supporters) as there were party members; and the vast majority of these votes went to Corbyn.

This shows that there was no mass influx to the party around the Scottish Labour leadership campaign. There were no enthusiastic mass rallies. Rather, the campaign was conducted more in terms of closed visits to CLPs.

In the end, it was only the union vote that gave Leonard the relatively comfortable victory he enjoyed. Unite threw its weight behind him and it bore fruit - its recruitment drive took membership up to 35,000 (still well below the SNP’s 100,000+), and Leonard won 77.3% of the union vote (‘affiliated supporters’). 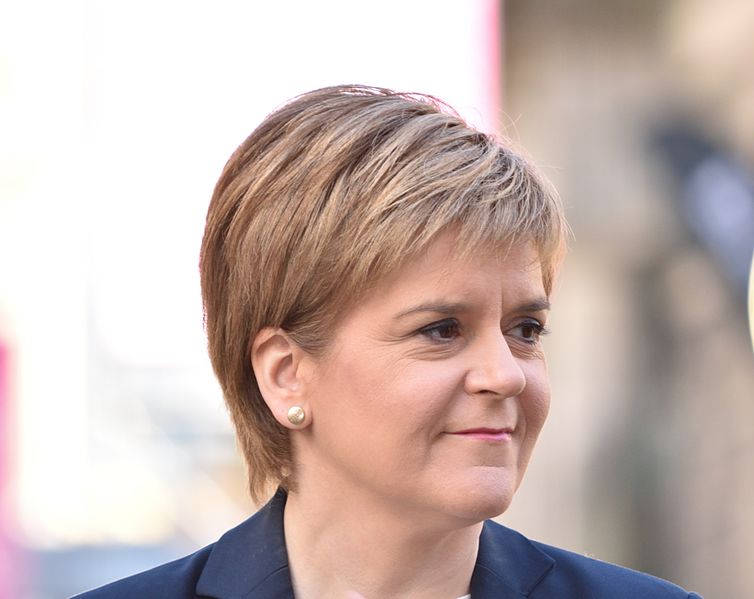 Labour must attack the SNP from the left / Image: Kenneth Halley

Like Corbyn, Leonard will also face a challenge from the top of the party, as the vast majority of Labour MSPs are opposed to ‘Corbynism’. Leonard must go forward in much the same way Corbyn has done. He should appeal to Scottish workers over the heads of the rest of the party establishment by ridding the party of any hint of association with British unionism whatsoever, fighting on the basis of a clear socialist programme. This means not just criticising SNP austerity, but attacking capitalism, and proposing the nationalisation of the banking system and big business in general.