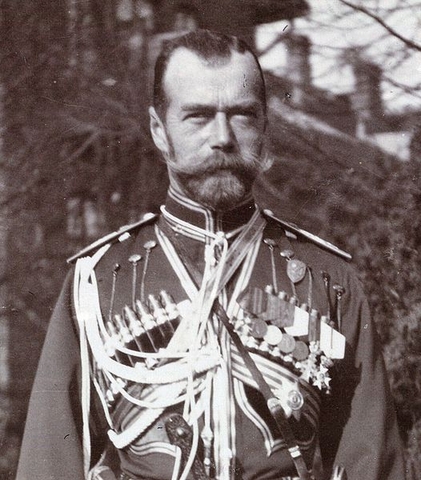 On the centenary of the Russian Revolution, for those interested in understanding the causes, events and consequences of October 1917, there are dozens of books and articles to get stuck into. The Last of the Tsars: Nicholas II and the Russian Revolution by Robert Service, is not one of them.

A good political biography of Nicholas II would be a valuable addition to an understanding of the Russian Revolution. An analysis of Nicholas’s stubborn impotence on the eve of his downfall would make an interesting comparison with similar autocrats who have found themselves at the sharp end of revolutions throughout history, such as Charles II or Louis XVI.

Some honest discussion about Nicholas’s role as a rallying figure for the White armies during the early days of the civil war, and the impact of this war on the process of revolution in Russia, could contribute to an understanding of the degeneration of the revolution and the rise of Stalinism.

But Service’s book provides none of this. At best, there are some tangential references to the revolutionary process taking place in Russia during and after 1917, from which interesting and historically important facts can be gleaned, such as the existence and strength of dual power from February to October 1917.

At worst, the book asks us to feel sympathy for Nicholas the Bloody, a man who condemned millions of Russian peasants to starvation; who imprisoned and massacred those who asked for democratic rights; and who, in 1914, sent millions of Russians, under-equipped and incompetently led, to horrific deaths in an imperialist war.

Throughout the book Service tries to project an aura of independent historical analysis, for example by admitting that Nicholas was “a nationalist extremist, a deluded nostalgist and a virulent anti-Semite”. But the author’s extreme prejudice is revealed in his glancing references to a Bolshevik “coup” and Lenin’s “dictatorship” which, in the last third of the book, evolve into hysterical and unsubstantiated anti-Bolshevik tirades.

With a list of citations that runs to 50 pages, Service has painstakingly referenced his sources for statements as mundane and historically unimportant as “[Nicholas’s doctor] was a knowledgeable doctor who kept abreast of the latest theories in world medicine; he could also explain what he was doing in a reassuring manner and in a language that lay people could understand.” (Mosolov, Pri dvore poslednego Rossiiskogo imperatora, p. 226.)

And yet Service doesn’t see the need to apply such rigorous research standards to his statements about Lenin and the Bolsheviks, whom he is keen to smear as violent maniacs in the employ of the German Kaiser. In one particularly astonishing paragraph Service writes the following:

“Throughout 1917 [Lenin] had ensured that no traces should be left for people to connect him to the financial subsidy that the Bolshevik Central Committee received from the German government. [...] With his demands for dictatorship and terror, Lenin fostered a climate of opinion in which ruthless murders were part and parcel of the duty of committed revolutionaries. He had spoken and written this way in 1917, and his bloodthirsty tirades had increased in the months since the October Revolution.”

Service does not bother with a single citation for any of the outlandish statements contained in this paragraph, presumably because there is absolutely no credible evidence for any of them.

Throughout the book Service continually blames the Bolsheviks’ alleged bloodlust for the violence of the civil war, despite the fact that the actual seizure of power was entirely peaceful. The violence was actually initiated by the White armies of reaction, such as the Czechoslovak Legion, which Service describes as a liberating force in Russia, relishing the details of the celebrations when the Legion defeated the Bolsheviks and captured a stronghold of theirs in the Urals.

Misplaced sympathy and a one-sided view

The entire premise of Service’s book is that we should feel sorry for the plight of the Romanovs. Service goes to great lengths to endear Nicholas to the reader, for example by explaining that “his earnest care for all his officers and soldiers impressed everyone”. The fact that this “earnest care” didn’t extend to keeping millions of his soldiers from being slaughtered in the interests of imperialism seems to have escaped the author’s notice.

Service apparently expects us to be impressed that the Romanov family survived months of house arrest, under the Provisional Government and then under the Bolsheviks, with meals of just two courses each. He also describes the conditions in which some of the minor Romanov family members were living, presumably with a view to illustrating the callousness and vindictiveness of the Bolsheviks. He writes: “conditions had worsened for them. Their clothes were rather grubby and one of the officers had a leather patch on his boots”. At one point things got so bad for the Romanov family in captivity that “they had no choice but to reduce the retinue” by sacking twelve members of the household staff.

It’s impossible to read this supposed tale of woe without thinking about how Nicholas himself treated the prisoners he had held under his rule, many of them Bolsheviks. These victims of tsarism were certainly not given two course meals and more than a dozen servants, and they certainly had bigger problems to deal with than having a patch on their boots.

In any case, none of this inspires sympathy when the appalling conditions of poverty and war that Nicholas’s autocracy had created in Russia meant that millions of Russians were dying of starvation and exposure while the Romanovs were under relatively comfortable house arrest. But, needless to say, Service isn’t really concerned with this side of reality in his book.

Ultimately, Service is forced to admit that, when it came to the execution of the Romanovs, Nicholas “received no fairer treatment than he himself would have accorded to the communists whom he detested”. But, nevertheless, Service insists on criticising the Bolsheviks who “hated and despised Nicholas too much to try to understand him and his point of view” - as if, in a period of civil war, of revolution and counter-revolution, a little bit more understanding could have solved all the problems. Here, above all, Service reveals a serious lack of understanding of the historical process.

Study the real history of the Russian Revolution!

Service’s book blends superficial psychological analysis of Nicholas II after his abdication with dull chapters on things like the novels he read while under house arrest in 1917. It’s impossible to read most of the book without being acutely aware of the elephant in the room - while Service is discussing what the former tsar ate for breakfast, infinitely more important historical events were taking place in Russia at that time.