Details
In Defence of Marxism
29 January 2020 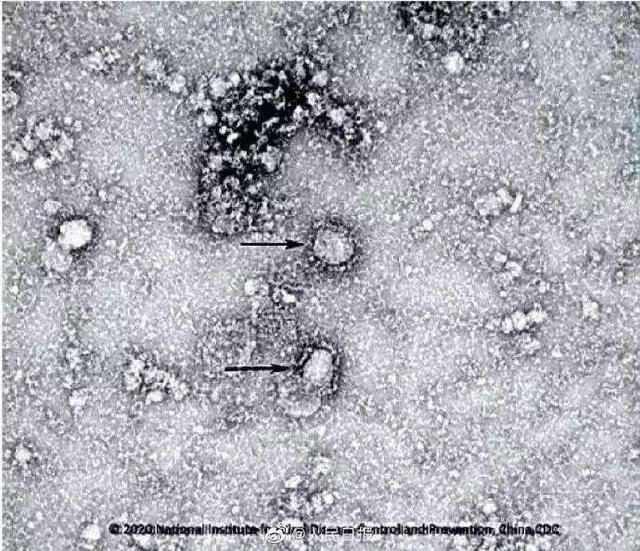 The Coronavirus outbreak in China is critical. According to official figures, there are 5,997 confirmed cases across the country so far, with the vast majority of them in Wuhan: the provincial capital of Hubei Province. However, nine other provinces have reported over 100 confirmed cases, most of which are in the industrial provinces of Zhejiang and Guangdong. The disease has spread beyond China’s borders, from Thailand to its south, to Australia and the USA.

The CCP regime has decreed drastic measures to contain the developing outbreak. Aside from Wuhan, 13 other cities in Hubei have been declared under lockdown, covering over 35 million people. The so-called “People’s Liberation Army” has been deployed into Wuhan. The CCP’s highest body, the Politburo Standing Committee, formed a sub-committee to directly supervise the containment of the disease.

A general mood of fear has engulfed China. Wuhan, the epicentre of the outbreak, has been rendered into a virtual ghost town as its millions of residents either escaped or shut themselves up at home. In Beijing, over 1,100 km to the north of Wuhan, virtually every living soul out in the streets is wearing flu masks despite the fact the capital city has a relatively low number of reported cases (102). A shortage of flu masks occurred all over the country due to heightened demand nationally, and from Hubei in particular. Yet, it is known that flu masks do nothing to prevent oneself from being infected by the virus. At best it would prevent the saliva droplets of an already-infected individual from spreading to others.

A viral video of a journalist from Changjiang Daily tearfully recording the gloomy state of Wuhan:

Within the atmosphere of fear, there also emerged some urgent questions that need to be answered by the authorities. Where did this virus come from? How does it actually spread? Will the government’s measures work? A minority of people are also asking a crucial question: why has the outbreak been allowed to deteriorate to the present scale in the first place?

The regime of “the Party Centre with Comrade Xi Jinping at its core” offers ambiguous and shifting answers to these questions. Knowing that the masses are still bitter over the experience of the SARS outbreak in 2002, during which the government swept the crisis under the rug for over three months and actively silenced those who tried to report on it until a cover-up was no longer possible, the Xi regime assured the people that he will be different from his predecessor Hu Jintao. There have been frequent updates on the situation in various media outlets coupled with grand and drastic decrees. Tear-jerking human interest stories, such as that of some Wuhan residents who organised to sing the national anthem out their windows to boost morale, were celebrated (with a polite reminder that they should wear their flu masks while doing so). State media CCTV live streamed the construction site of a new hospital in Leishenshan: one of the new hospitals that the government ordered in the advent of the outbreak, which will be equipped with 5G technology.

Nonetheless, the dazzling media blitz still fails to consistently answer some fundamental questions. The actual origins of the disease, though assumed to be from wild animals, is still unknown. More importantly, the mechanism of the spread of the disease is still not definitive, but the government only admitted that it can spread between humans on 20 January, at a time when 198 cases had been officially reported (up from 45 cases three days before), and weeks after a team of scientists in Shanghai sequenced the entire genome of the new virus on 5 January, then published their findings internationally, according to China’s Health News. Caixin also reports that signs of human to human infection were already apparent to researchers with their studies of the first 41 patients since 11 January. Note that the first confirmed case of infection was reported on 1 December 2019.

The central government places the blame for the delayed response and disclosure of the outbreak upon the Wuhan city government and mayor Zhou Xianwang in particular. Zhou, a mayor “elected” from the top and not by popular vote, has committed a number of gaffes that made him an easy scapegoat. On 26 January, he claimed that Wuhan has fully resolved the shortage of medical suits, only to be contradicted by the Hubei provincial governor, Wang Xiaodong, who said there was still a critical shortage later that day. Four days after Wuhan declared its lockdown, Zhou disclosed that over 5 million people, i.e. almost half of the city’s population, left Wuhan after the order. 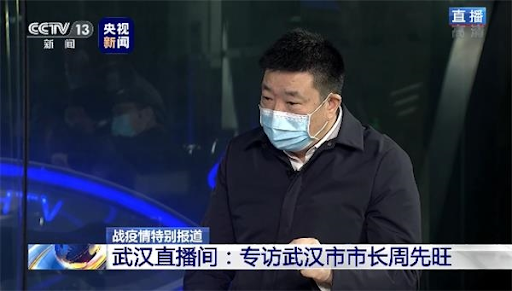 Most blame has been placed on Wuhan mayor Zhou Xianwang / Image: CCTV

“It has to be pointed out that it is very regrettable that the city failed to take necessary emergency measures to prevent that many people from travelling across the country as this makes it especially difficult for the country to prevent and control the epidemic. The city should face the fact that the public is strongly dissatisfied with this.”

We are thus given a rare piece of assured information from the top: that comrade Zhou’s days are numbered as a cadre “building socialism with Chinese characteristics”. Unfortunately, it seems that bureaucratic blunders also cannot be contained. On the morning of 26 January, the government of Shantou City, Guangdong suddenly declared the city under lockdown. The lockdown of this key port city, 1,100 km away from Wuhan, would have been an extraordinarily alarming development for the country and internationally, but the city rolled back the lockdown order only two hours after the original announcement, during which understandably frantic citizens flocked to the markets to scour it for supplies.

Taking a further step back, one notes that these blunders are only possible under a dictatorial regime, eager to flaunt its “efficiency” and “decisiveness” through grandiose gestures at all levels of government. The bluster of locking down cities and rapidly building up hospitals invites some fundamental questions, concerning the thousand and one logistical tasks required to contain 35 million people throughout Hubei Province. To expect Mayor Zhou to prevent 5 million scared and determined people from leaving Wuhan, the 41st largest city in the world, is to expect the impossible, regardless of his competence. Further, whether the medical/rescue staff have access to adequate transportation in a locked-down megacity is also in question. Overall, the CCP regime’s drive to maintain its “strong and stable” image through essentially pompous theatrics only opens room for errors for those trying to resolve the situation while obeying orders on the ground.

Capitalism is bad for your health 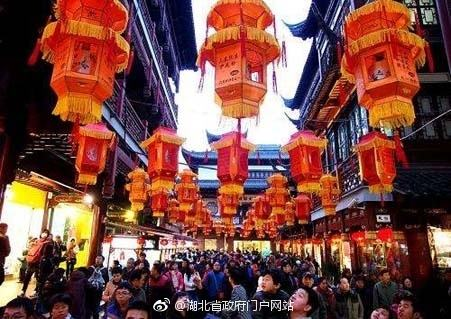 More fundamentally, it is the very social system that the CCP restored and maintains, the profit-driven system of capitalism, that allowed for this situation to escalate to today’s level. Before 17 January, weeks after the outbreak was reported and days after several medical staff contracted the virus, the Wuhan government still continued to promote its annual “Spring Festival Culture Benefitting the People Campaign” to attract tourists to Wuhan in the holiday seasons. On 19 January, a day before the government admitted that the virus could spread between humans, Wuhan’s Baibuting Garden district even held a massive “ten-thousand family” banquet as a spectacle. This mistake is yet another portion of blame that the central government is placing upon the Wuhan government, but this disregard of the people’s wellbeing for the sake of maximising profits is part and parcel of any capitalist government at all levels.

The same is true for the western imperialist powers, whose media spared no effort in jeering at the failures of the CCP and crying crocodile tears over the plight of the Chinese masses. One can imagine that, should a similar outbreak take place in the US, instead of a dictatorial bureaucracy, the American working class would be at the tender mercies of private pharmaceutical giants, health insurance enterprises, and hospital networks.

Marxists around the world stand in solidarity with the Chinese workers and youth in these trying times. Despite the harrowing situation, the Chinese working class, the most powerful proletariat in the world, is guaranteed to weather this crisis. Once the battle against the coronavirus is over, they may turn against another more chronic ailment: the capitalist dictatorship of the CCP.