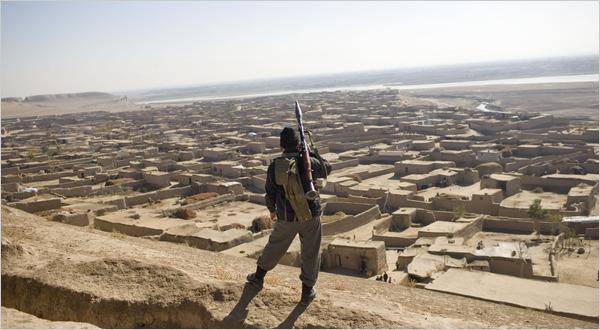 The recent visit of Pakistan’s military chief previous Sunday has been shrouded in mystery and marked by controversies ever since it was announced.  Apparently instigated by General Raheel Sharif, it comes just weeks after Prime Minister Nawaz Sharif met with US President Barack Obama at the Oval Office to discuss many of the same issues said to be on his army chief's agenda, including Afghan peace talks and Pakistan's nuclear ambitions.

The hawks in the media used it to undermine and denigrate Nawaz Sharif’s US visit, implying that it was the military that is calling the shots. It is being portrayed that General Raheel’s influence over both issues makes him, rather than the civilian leadership, the dominant broker for Washington’s regional agenda. Nawaz Sharif’s ministers and toadies are calling it a routine matter of military consultations. His federal minister, Abdul Qadir Baluch, a former military general, came to the prime minister’s defence, saying that, after all, “The military is a subservient institution of the civilian government in power.”

“The Americans know where the power is . . . it’s not that the Americans have invited him but he has invited himself . . . Normally this doesn’t happen. It signals the importance of the problems that both countries seem to be facing in the region and especially because of the Afghan situation,” Talat Masood, a retired lieutenant general—noting the unusual circumstances surrounding the trip—told AFP.

The capture of Kunduz, albeit temporarily, indicated that the Taliban insurgency was far from defeated. In fact, US and NATO forces were beating a retreat, having failed to accomplish their “mission” to bring “freedom” and “democracy” to Afghanistan after their aggression in 2001. The instability in Afghanistan has spiralled after a Taliban surge in recent months, and Obama announced in October that Washington would keep thousands of soldiers in the country past 2016. John Sopko, the special inspector general for Afghanistan reconstruction, in a September 12 speech at Georgetown University said that “Afghanistan remains under assault by insurgents and is short of domestic revenue, plagued by corruption, afflicted by criminal elements involved in opium and smuggling, and struggling to execute basic functions of government . . . anything less than a heavy dose of honesty and fresh thinking by Afghans and their Western supporters will almost certainly mean the relapse of Afghanistan into civil war and the emergence of groups even more extreme than the Taliban, as has happened in Iraq and Syria.”

Ahmed Rashid wrote in the New York Times, “Moving from the lengthy U.S. military presence to full Afghan sovereignty was premised on the completion of four distinct transitions. But none has been successfully carried out, despite more than $640 billion in U.S. direct spending in Afghanistan between 2002 and 2013.” Interior Minister Mohammad Omar Daudzai told Parliament in Kabul on September 16 last year that “the previous six months had been the deadliest ever for the Afghan police. Today there is fighting in 18 of 34 provinces, Afghan and NATO officials have told me. In many areas, Afghan soldiers are barely able to secure their own bases, much less retake lost territory. Helmand, the critical drugs-producing province in southern Afghanistan, is at risk of being taken over by the Taliban. If it falls, all of southern Afghanistan might too.” The Washington Post reported recently that “the Afghan government is broke and needs an emergency $537 million bailout; it was barely able to pay more than half a million government employees this month. Money spent on schools and hospitals has dramatically improved education and health for Afghans, but these services remain dependent on foreign funding. There has been little large-scale investment in agriculture or basic industry; instead, the bulk of the economy has focused on servicing foreign troops and on their spending. And now the troops are about to withdraw.” 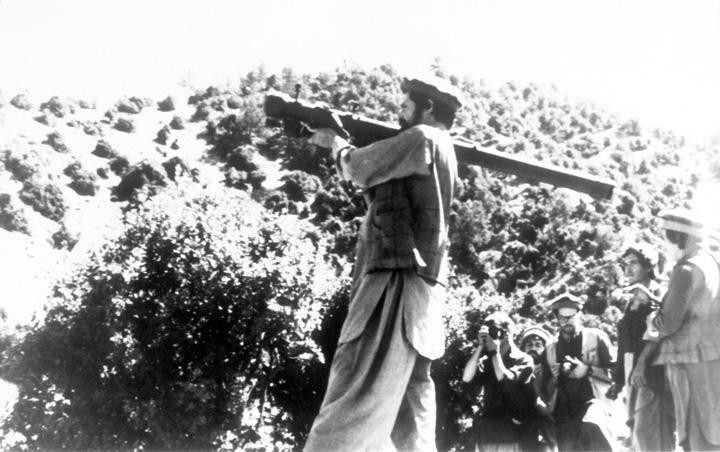 However, in the last fourteen years the US imperialists have mainly blamed Pakistan, their ally in this “war on terror,” for their failures in the war in Afghanistan. It was US imperialism that had initiated this counterrevolutionary insurgency against the Saur, or Spring Revolution in Afghanistan in 1978. The vicious military dictator in Pakistan, General Zia ul Haq, an arch-Islamic fundamentalist, was the closest friend of the Reagan administration. This wily and brutal dictator not only used Islamic terrorism to devastate Afghanistan, but also crushed the workers’ and youth movements and brutalised the social and cultural life of Pakistan. The Saudis and other despotic monarchies of the Gulf poured in millions to spread Wahabi terrorist jihad far and wide. Zia was the main perpetrator sponsored and nurtured by US imperialism. The massive black economy created to finance this jihad became a source of conflict between various Islamist terrorist outfits and regional states. The Pakistani army used this conflict to entrench its own policy of “strategic depth” by patronising and using these terrorist groups for its own strategic and financial interests.

Washington sees Islamabad as one of its few partners with the influence to bring the militants to the negotiating table. The new Taliban leader, Mullah Akhtar Mansour, is believed to have close ties to Pakistan. The Haqqani network, a part of the Taliban network, has been described by US officials in the past as a “veritable arm” of Pakistani intelligence agencies. A recent US State Department report said that while operations carried out by Pakistan’s military had disrupted the actions of many militant outfits in the country, groups like the Haqqani network were spared by the offensive. Strategists in Washington believe Pakistan has not done enough to bring its influence to bear and to persuade the group to renounce violence, and during Prime Minister Nawaz’s trip in October, Obama stressed that Pakistan needed to take action against these groups. The pressure has increased since an initial round of peace talks was broken off this summer when the death of long-time Taliban leader Mullah Omar was suddenly announced.

Nawaz Sharif agreed last month to help Afghanistan restart the talks, but Washington’s bosses were sceptical of any materialisation of such negotiations. Not only has there been lingering discord between the military and civilian ruling elites in Pakistan, but the Taliban are also split and fighting a ferocious internecine war on succession and control of drug trade and black money generation channels. The split-away Taliban group from Mullah Mansour Akhtar’s main faction is being supported by the intervening and expanding Islamic State (Daesh) forces in Afghanistan. Pakistani officials, during General Raheel Sharif’s visit, pointed out that it is not possible to kill the Afghan Taliban leaders and at the same time persuade them to talk. Pakistan’s main bourgeois paper, The Dawn, laid bare the failure of a negotiated settlement: “Afghan talks not feasible amid turmoil, US told . . . Alongside the red-carpet treatment, Gen. Sharif must also be prepared for some tough talking in Washington. It is certainly not going to be a pleasant situation for the army chief . . . After a brief period of bonhomie that had promised to chart a new era of cooperation between Pakistan and Afghanistan, it is back to the old hostile ways. Relations between the two countries hit a new low after Afghan security officials blamed Pakistan for actively backing the Taliban offensive in Kunduz.”

If war and aggression by the mightiest military power in history has failed to pacify primitive Afghanistan, the prospects of a negotiated settlement are even bleaker. Such are the complexities of the Afghan-Pakistani imbroglio that there is no solution within the system. However, there cannot be any separate solutions. Afghanistan and Pakistan are intertwined historically, not just through war, but economically and culturally. In fact, before the divisions of the Pashtoons by the British imperialists drawing the Durand line in 1893, it was one people with the same language, culture, and even religion. The only way forward for an end to this bloodshed, mayhem, misery, and deprivation is a revolutionary transformation of the region. But there cannot be two separate revolutions in Afghanistan and Pakistan now. It can only succeed as one revolution, transforming the whole region.