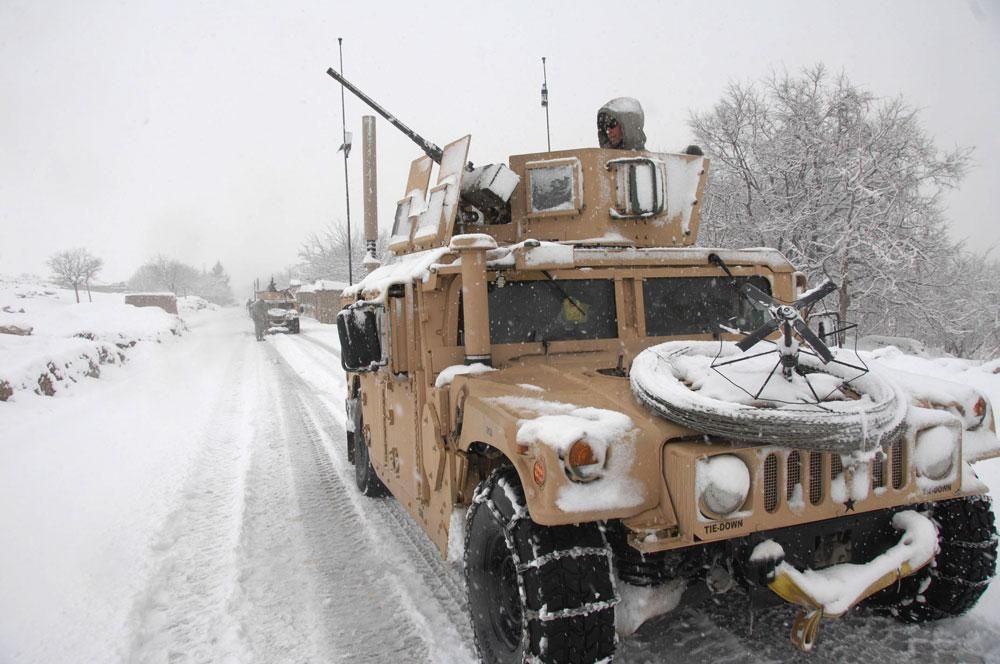 The recent atrocities in Afghanistan have once again thrown the Afghan war into the headlines. The latest murders in Kandahar province, where 16 innocent Afghans, including nine children, were shot dead by a rampaging US staff sergeant, have further added to the turmoil and agony of the region. It has served to intensify the mass opposition to foreign occupation, which while promising “democracy”, has drought catastrophe in its wake.

The recent murders follow a trail of gruesome events, where a US “kill team” had paraded trophy pictures of their blood-soaked victims, a video was posted of US marines laughing and joking as they urinated on the dead bodies of Taliban fighters, and then the US military were discovered burning copies of the Koran in a rubbish tip, which sparked widespread riots in which 30 died.

Afghans are sickened by regular reports of US air strikes on wedding parties, systematic drone attacks, as well as the indiscriminate actions of NATO troops, which have led to the slaughter of countless innocent people.

People are saying, “Enough is enough”. After a decade of occupation, a mass revolt has developed against the Americans and the other occupying powers. Even those who oppose the Taliban want the NATO troops to get out.

“Americans have lost this game,” explained Abdul Salem Jan, a farmer from the neighbouring state to Kandahar. “The only option is for them to leave.” This reflects the widespread hatred against the decade-long occupation, in which tens of thousands have lost their lives.

In reality, the Americans have lost this war, as we predicted. They have certainly lost the war over “hearts and minds”. Even their puppet president Karzai, under massive public pressure, has demanded that NATO troops return to their bases. The US and their allies have never been so unpopular or so isolated as they face a national uprising against their occupation. Pressure is also rising in the United States and Britain for the troops to be brought home.

The American imperialists are in a dead-end. Since the start of 2010, Obama authorised a massive “surge” involving an extra 30,000 troops, but this has completely failed. Already 964 US troops have lost their lives, more than the 947 lost since the start of the war in 2001. And yet, things have gone from bad to worse. Obama is desperate to extradite himself from this morass by 2014, but this may be too late as the hatred against NATO becomes increasingly intense.

With over 400 British soldiers and nearly 2,000 American soldiers also dead, ordinary people are saying it is time to get out. The latest poll by the Washington Post-ABC revealed that 60% of Americans believe that the Afghan adventure has not been worth the cost in lives or money. In Britain, the support for the immediate withdrawal of troops has gone up from 48% in June 2011 to 55% today.

Obama and Cameron have condemned the latest atrocities, but this is the height of hypocrisy. Such atrocities take place on a daily basis. Nevertheless, the Americans and British governments say they intend to stay the course. They cannot admit it was their “war against terror” that has caused this horrendous mess. In December 2009, Obama stepped up the war, describing it as a “war of necessity”. But the war is unwinnable.

The imperialists have been resting on the Karzai government, but even this weak reed has become increasingly unreliable. Karzai is in the pocket of the drug barons and criminals and is up to his neck in corruption. The stooge politicians, who have been in league with the warlords and drug dealers, have grown fat on military contracts and the funds from the imperialists.

These funds, together with laundered drug money, are then salted abroad in foreign banks. Last year, some $4.6bn was shipped abroad, which was equal to the whole state budget for 2010-11. This would mean more than $150 for each Afghan citizen in the country. But per capita income according to the UN is less than $500. As a result, the regime is deeply unpopular.

While the Americans say they are involved in a war with the Taliban, it was the American imperialists who created the Taliban in the first place as a weapon against the Russians. Bin Laden was in the pay roll of the CIA. Today, rather than destroying the Taliban, their actions have served to strengthen their support.

The imperialists intend to stay until the Afghans train up their own state forces, but this whole strategy is in shreds. A growing number of Afghan police and soldiers have turned their guns on those who are training them.

NATO strategy is in a mess. They cannot win. “If the current government fails to do anything, in the next two years we’ll go back to the early 1990s and civil war”, states Habib Athaee, a student in Kabul. This is the dangerous legacy of imperialism.

We stand for the immediate withdrawal of all foreign troops from Afghanistan. There is, however, no way forward for the Afghan masses on the basis of landlordism and capitalism. It is therefore our responsibility to give the maximum support to those who are fighting to change society. The International Marxist Tendency, which is supported by Socialist Appeal, has a sizable organization in Pakistan and a developing group inside Afghanistan. Despite the terrible difficulties, they are determined to build up the forces of Marxism and offer a socialist way out of the morass. They deserve our whole-hearted support.