The objective situation in Britain, the extension of capitalist decay and acceleration of war preparations, coupled with the isolation and numerical smallness of the Bolshevik Leninists, dictates the tactic of entering the mass organisations of the working class as a semi-legal fraction. The Workers’ International League stands consistently and unequivocally on this basis, refusing to make any concession to sectarianism which will cancel out the effects of this activity.

The new Revolutionary Socialist League is founded on a compromise with sectarianism, and arising out of the political compromise there is naturally a dual organisational structure. The membership is left free to decide, each for himself, the milieu of work; the principle of centralism is thrown overboard, and with it any pretence of democratic discipline. In effect, the new RSL consists of two organisations masquerading under a single name, a state of affairs that cannot be hidden from the outside world, even if internal friction is sufficiently overcome to enable the organisation to begin to function. 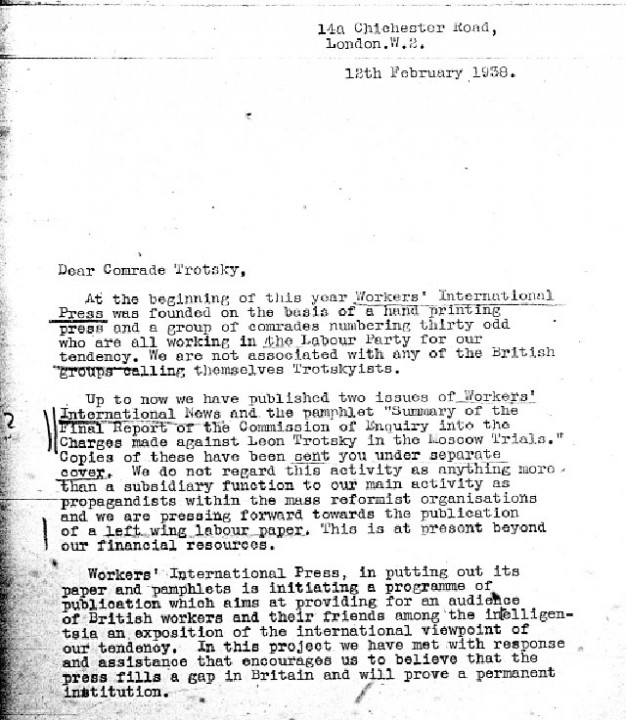 By virtue of our sympathetic affiliation to the Fourth International, we will be ipso facto a body fraternally affiliated to the new RSL, to which our attitude becomes one of fraternal collaboration in those fields of work which we both enter: trade unions, Labour parties, youth organisations. Joint work, with the relations between the two groups subject to continual review, will produce the maximum possible benefit for our tendency in Britain, and the basis for such joint work must be the fraternal status of the two groups within the framework of the Fourth International.

[1] Arthur Neville Chamberlain (1869–1940) was a British Conservative politician and Prime Minister of the United Kingdom from 1937 to 1940. Chamberlain is best known for signing the Munich Agreement in 1938 with Hitler, conceding the Sudetenland region of Czechoslovakia to Germany.