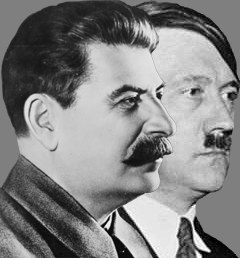 Stalin’s attitude towards the German people zig-zagged as his relations with his imperialist allies changed. At one point he distinguished between the Nazis and the German workers at other times he blamed the German people as a whole for Nazism. Throughout, however, he never raised a genuine internationalist position. His perspective was not the struggle for world socialism, but merely defence of Russia’s borders.