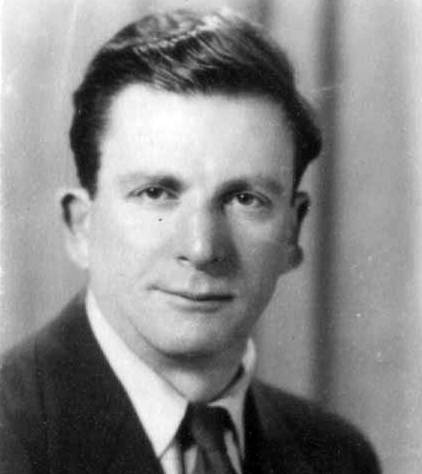 Ted Grant remembers the day the news of Trotsky's murder came over the radio as he lay in bed in hospital. First published in Militant 17 August 1990.

"It still brings tears to the eyes"

One can't imagine the fury, anger and frustration felt by all the comrades throughout the world. It was the 19th time they had tried to assassinate him; this time they succeeded.

The events of the war at that time were so stupendous that Trotsky's death didn't have the impact it would have had in peacetime. That is why Stalin calculated on murdering Trotsky at that time. He thought it wouldn't be noticed in the general turmoil of the war. But it made an enormous impact on us and made us even more determined to carry on Trotsky's work, as we have done in Britain and internationally in the succeeding years.

We were a bit critical at the time of the American Socialist Workers' Party for not having guarded him better but of course we didn't say anything publicly. What was the use after the assassination had already taken place?

Our immediate response was to launch a campaign to expose the Stalinists' crimes. The news of the assassination was presented by JR Campbell in the Communist Party's Daily Worker of those days in an absolutely scandalous way, as if one of Trotsky's followers had murdered him and Stalin and the bureaucracy had nothing to do with it. We exposed this lie.

At the time I was involved in the Workers' International League, building up the struggle against the imperialist war. We were campaigning for a Labour government to come to power and then, if necessary, wage a revolutionary war against Hitler, after having nationalised the economy.

Without Trotsky we would have been blind. He was in many ways even greater than Lenin, in the theoretical work he did between 1923 and 1940 to deepen and develop the ideas of Marxism and Leninism. His analysis of the events in Spain, particularly the 1931-37 revolution, France, Britain at the time of the general strike, China in 1925-27 and Germany in the struggle against Hitler, armed his followers for the struggles that lay ahead.

Above all; without Trotsky we would not have had an analysis of Stalinism. His criticisms of the Communist International were shown over and over again to be correct in the light of events.

We felt a burning regret, because perhaps Trotsky's best work was done in the last year of his life. His book, In Defence of Marxism, remains correct to this day in its analysis of the Soviet Union and the processes of Stalinism.

He showed that the bureaucracy was not a new class or new formation but an aberration from socialism which could not bring socialism. His marvelous book on Stalin was also written at that time, though it was only published in 1945. Stalin exerted pressure on the governments of the United States, Britain and other countries to prevent the publication of Trotsky's work until after the end of the war. These works gave a sound theoretical foundation to the movement. If he had lived for another five years, turning out material of that sort, it would have been an enormous plus for the development of the workers' movement.

If Trotsky had lived on into the post war period it would not have made a fundamental difference to the course of events - the victory of Stalinism on the one hand and the revival of capitalism on the other. This was due to the policies of Stalinism and reformism which prevented the carrying through of the revolution, which Trotsky had looked forward to.

In France, Britain, Germany and other countries if the so-called Communist Parties had been revolutionary parties they could have carried through the revolution on the European continent and solved the problems of the working class nationally and internationally once and for all.

But had Trotsky lived on he would have armed the workers better. There would not have been the absolute disasters perpetrated by those who claimed to be supporters of Trotsky but in reality completely distorted his ideas. And there would not have been so many losses from the movement at that time and later if Trotsky had been there to direct and guide it.

He would have supported our analysis of these events - that there would be a consolidation of capitalism, in the industrialised countries at least, and a consolidation of Stalinism in Eastern Europe and the Soviet Union for a temporary period, a period which has now passed.

These ideas have been completely vindicated and they will be even more vindicated in the period of struggle that opens up in the course of the 90s. In particular the news from the Soviet Union - the openly counter-revolutionary movement of Gorbachev to turn back to capitalism - shows how correct was Trotsky's analysis of Stalinism and the processes taking place in the world.

The bureaucracies are being compelled to try and maintain their privileges by turning themselves into capitalists and going over openly to the side of the counter-revolution, as Trotsky predicted.

They are trying to seek assistance and support from people like Bush, Thatcher and Kohl. It's absolutely nauseating to see the way that Gorbachev cringes in front of the imperialists. In the period that opens up, capitalism will go into decline, disease and disintegration, much as Stalinism has already disintegrated in Eastern Europe and the Soviet Union.

In the last 50 years, we have been building, defending and deepening Trotsky's ideas and have built a movement that will be victorious in transforming the Labour Party, the trade unions and society in Britain and internationally. We will prepare the way for the complete vindication of Trotsky's ideas.

Even now, when one thinks back to the assassination of Trotsky it brings tears to the eyes.

What enormous sacrifices he made. His family was murdered, his comrades, the old Bolsheviks, were entirely annihilated. There was a victory for Stalinist and reformist reaction. Trotsky went right through all that but it did not stop him from doing the necessary work to prepare the cadres for the development of the movement. It is on the basis of his ideas, extending and deepening them however, that we will go forward to victory.